Architect? Good luck with that house of cards

A WORD IN THE HAND: ARCHITECT

Architect? Good luck with that house of cards 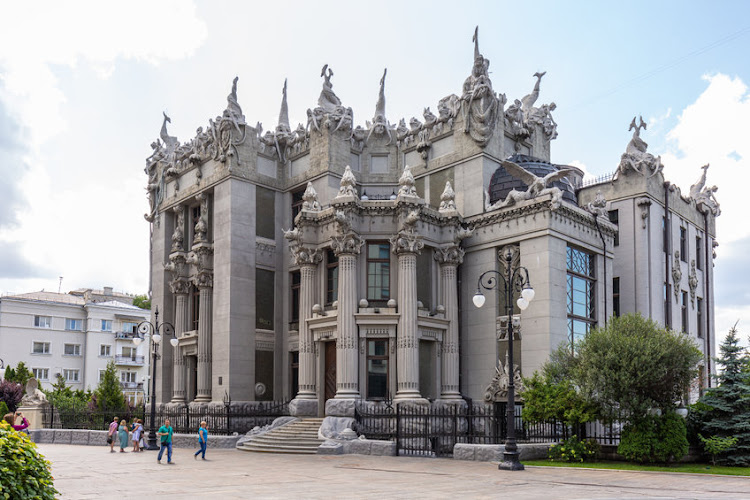 HARDWARE The building in Kyiv in front of which Ukraine's President Volodymyr Zelensky refuted rumours that he had left Kyiv. It was designed by Polish architect Vladislav Gorodetsky, and is known as Gorodetsky House.
Image: 123RF/ruslankphoto

An architect friend of mine complained recently about how everyone’s an architect. I must add here that the friend in question is a real architect, as in a person with a real degree in architecture who architecturises actual buildings.

OK I made that last one up, but it is certainly not inconceivable.

My friend is not the first to rail against the misuse of the title “architect”, which should by rights belong only to those who have studied for years and who know how to use a spirit level.

Those who claim to be the architects of apartheid, of cushions or of street signs cannot entirely be damned for using the word in a wickedly willy-nilly fashion.

In 2016, architect Maury Schlesinger (who as far as I know is not related to the other visionary Schlesinger who conceived of the Polana Hotel in Maputo) published a rant against those who have hijacked the word “architect”.

Schlesinger (Maury) wrote: “In recent years the title ‘architect’ and the term ‘architecture’ have been co-opted by the information technology sector. As someone who holds a licence to practice architecture (design of the built environment), I am a bit put off by this appropriation of title. I understand that the term appears to describe the work of designing and specifying the structure and function of an application or computer system. However, when I see a job posting which appropriates the term and then further misuses it as a verb, I cannot remain silent.”

The British Architect Registration Board responded with this: “The name ‘architect’ is sometimes used in a way that isn’t connected to building and design, for example, ‘software architect’ or ‘systems architect’ in the IT industry. We take the common-sense view and accept that no one could be misled into thinking this has something to do with the design and construction of buildings, and we wouldn’t normally take any action in these cases.”

Both Maury and the BARB were quite generous in their acceptance of how language evolves, but I’m with Maury in his objection to the ridiculous verb “architecting”.

Others have made similar protests. Two years after Maury’s post, member of the American Institute of Architects Liz O’Sullivan wrote this letter to the Denver Post, grumbling that the publication had “referred to Mr Wayne Snider, the town manager of Fowler, as ‘architect of the project’”.

As O’Sullivan rightly pointed out: “Mr Snider is not an architect … An architect is licensed by the state to perform the professional services of planning and design of buildings, preparation of construction contract documents, including working drawings and specifications for the construction of buildings, and the observation of construction. The casual, improper use of the word ‘architect’ dilutes the meaning of the word and misleads readers. Please do not use the word ‘architect’ to describe people who are not architects.”

In a more organised fashion, the American Institute of Architects published a piece in its own Architecture journal, in which Amanda Kolson Hurley wrote: “The embrace of the words ‘architect’ and ‘architecture’ by IT professionals isn’t new, and neither is the indignation felt by ‘real’ (i.e. building) architects at what they see as the hijacking of a title they worked hard to earn and feel ought to be protected, or at least more tightly restricted. The down economy has only sharpened their displeasure, as thousands of un- and underemployed architects sift through job listings for software architects, systems architects, data architects and information architects.”

All these ruffled feathers aside, there are in fact etymological precedents for the wider application of the word “architect”.

Those who claim to be the architects of apartheid, of cushions or of street signs cannot entirely be damned for using the word in a wickedly willy-nilly fashion.

The early origins of the word come from the Greek “arkhitekton”, meaning a master builder or a director of works. This segued into the Latin “architectus” and French “architecte”, both referring to “a person skilled in the art of building, one who plans and designs buildings and supervises their construction”.

This meaning, says the Online Etymology Dictionary, was carried into English with the word “architect”.

However, not long after this appropriation, near the end of the 16th century, the English extended the sense of architect to mean “one who plans or contrives anything”.

Anything? Maybe what we really need is an architect of English to take a spirit level to the unlawful use of words that possibly should belong only to those qualified to practise them.

Parliament votes for itself in histrionic session