If you must insist on smashing food, please don’t go the whole ...

A WORD IN THE HAND: HOG

If you must insist on smashing food, please don’t go the whole hog 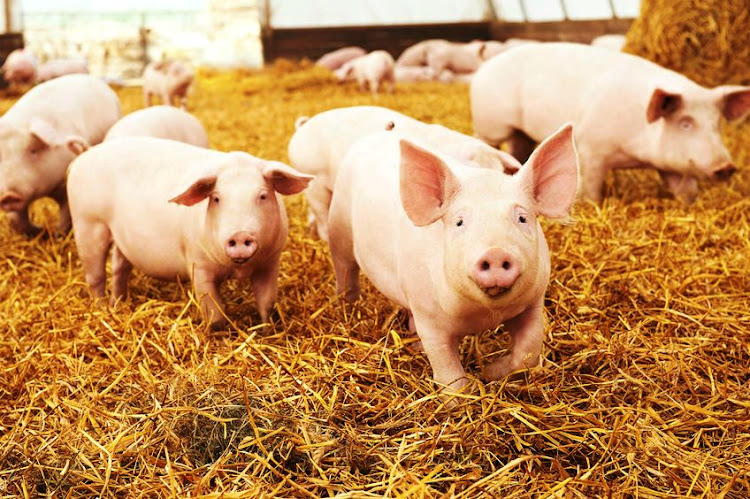 UNSMASHED According to Phrase Finder, 'go the whole hog’ first started appearing in print in newspapers in the US in 1827.
Image: 123rf/Dmitry Kalinovsky

If you want to track changes in language trends, restaurant menus are a good place to start. I have noticed lately that violence has become a staple of food description. There are crushed nuts, as well as smashed avo, smashed burgers and smashed potatoes.

A smashed burger, if you ask me, is merely mince. As for avocados and potatoes, in my youth they were mashed, not smashed.

Perhaps smashed is sexier. Also, in SA we are increasingly taking on words that other nations have applied to food for generations. Take the word “pulled”, for instance. What I would once have called shredded beef, shredded lamb or shredded pork is now ubiquitously referred to as “pulled” lamb, beef or pork.

The outcome is the same — the meat is pulled from the bone in small shreds so as to go further. Which is a wholesome and admirable exercise in taste and economisation, so it doesn’t really matter which word you use.

The same does not apply to the disturbing use of “smashed”. When I see smashed avo on a menu (and it is on almost every menu), I can’t but think of an angry chef throwing an avocado with great force against a wall, perhaps because it misbehaved or maybe because that’s just how a few chefs roll.

Moving on to the pulling of pork in particular, the popular Netflix show High on the Hog has introduced viewers who might previously have known only the word “shredded” to the more trendy “pulled”.

The same does not apply to the disturbing use of 'smashed'. When I see smashed avo on a menu (and it is on almost every menu), I can’t but think of an angry chef throwing an avocado with great force against a wall, perhaps because it misbehaved or maybe because that’s just how a few chefs roll.

This excellent documentary series investigates the origins of African-American food in the US. The title, according to its makers, refers to the best eating parts of the pig, generally thought to be found on the back and upper legs. Metaphorically, it means living the fine life, even if just on the one day of the year when you got to pull pork off the bone, as was the case with many African people enslaved in North America a couple of centuries ago.

This is not where the saying “high on the hog” originated, according to Phrase Finder, a research body based in the UK. Its experts speculate the expression might have been used in English society about a thousand years ago, to denote the parts of a pig (or hog) on which the gentry feasted and which became a status symbol, as opposed to the trotters, tail and entrails that the poor could afford.

Phrase Finder then second-guesses itself by saying “none of the variants of the phrase ‘living (or eating) high on (or off) the hog’ is to be found in any of the works of Chaucer, Shakespeare or the like. In fact, they aren’t found in print in any form until the 20th century, and then in the USA rather than England.”

The writer cites the earliest known printed reference of this saying, from the New York Times in March 1920: “Southern labourers who are ‘eating too high up on the hog’ (pork chops and ham) and American housewives who ‘eat too far back on the beef’ (porterhouse and round steak) are to blame for the continued high cost of living, the American Institute of Meat Packers announced today.”

Concluding rather ham-handedly that “high on the hog” seems definitively to have originated in the US with reference to cuts of pork, Phrase Finder does a slightly better job of describing the related saying, “the whole hog”.

This is without equivocation a phrase of American origin, coined in the 1830s. The entry reads: “‘Go the whole hog’ first started appearing in print in newspapers in the USA in 1827 and the earliest example that I can find is from the New York paper The Commercial Advertiser, December 28 1827. The use of the phrase became widespread during the United States presidential election of 1828, in which the enthusiastic supporters of Andrew Jackson were called ‘whole hog’ Jacksonites.”

If we are to pull a point out of all this, it would be perhaps that food reflects the mood of the time. Which is why all this pulling, smashing and crushing makes me a little concerned.

Business as usual: ‘If you’re a coach of colour in SA, you need a plan B’