The West is in no position to claim the moral high ground on ...

History shows the West and colonial powers have just as much blood on their hands as Putin’s Russia, if not more 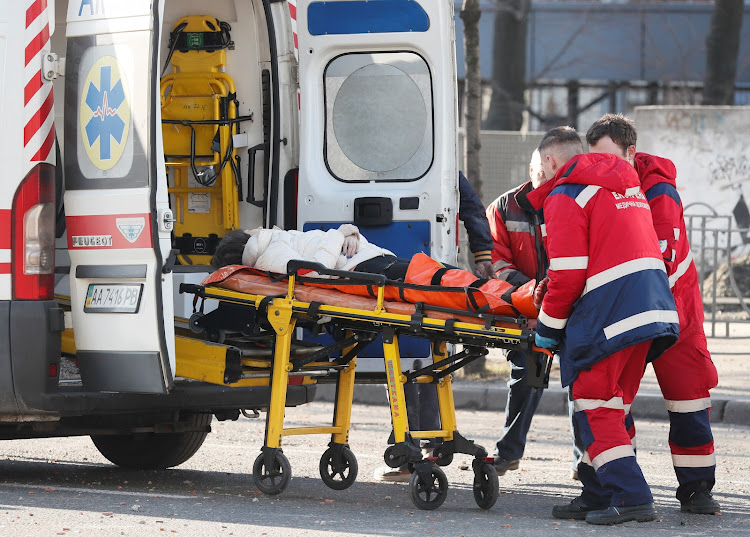 The African proverb, “When elephants fight it is the grass that suffers”, has never been more apt than at the present time. The people of Ukraine are in the eye of a ghastly political and military storm, and the death of innocent citizens and destruction of ordinary life are unforgivable. This war is the product of callous brinkmanship between Nato and Russia. Despite the flowery rhetoric coming from the West and its allies, the Ukrainian people are the victims of yet another instance of collateral damage caused by wars between the elephants. These cataclysmic wars are driven by economic/political and strategic interests without any regard for the sovereignty of other nations and the lives of ordinary people.

Contrary to what Western imperial powers and their mouthpieces would have the world believe, the Russian regime is not the only polity that is guilty of gruesome crimes against humanity. Britain, France, the US, Italy, Germany, Spain, Portugal, Belgium and Japan, for example, are as guilty as any regimes in contemporary history. Their crimes against humanity have fundamentally shaped our world.

The Ukrainian people deserve our support and compassion, and their predicament should not be turned into a hot political football as they have already paid a heavy price. However, that is exactly what is happening.

Genocidal history of the elephants

The language used by President Vladimir Putin to describe the war is not much different from that used by presidents John F Kennedy, Lyndon Johnson and George W Bush to justify their invasions of Vietnam and Iraq. More than four decades ago, the leadership of the former USSR claimed to be liberating Afghanistan from the clutches of imperialism, only to be followed by the Americans and the rest of the West. In 2011, former French president Nicolas Sarkozy used similar rhetoric when he led the European charge to invade Libya. A quick glance at the history of such “wars of choice” shows that major military powers, regardless of their ideological hues, always sugar-coat their self-serving and inhumane massacres. What is happening in Ukraine is a rehash of an old dance.

An abbreviated list of such wars will remind the discerning reader of the insanity of the current Western rhetoric about democracy and sovereignty. In 2020, Claudio Saunt published Unworthy Republic, which describes the genocidal war waged against the native American people in the name of democracy and progress. The bloody stories in this brilliant book reveal levels of cruelty that were far worse than anything the Ukrainians are going through today, as the native American population was almost wiped out and their land stolen. hey were even denied citizenship in their own land until 1924. Moreover, 60 years ago, 2-million Vietnamese civilians were killed by American troops under the pretext of defending democracy. More recently, in 2003, America invaded Iraq under false pretences, which led to the death of nearly a million civilians and the total dislocation of the country. An Iraqi professor who visited the University of Minnesota in 2010 privately asked me to explain to him why the US had destroyed his country. I was unable to give him a satisfactory answer, and he was fully aware of the irony of the American government sponsoring his visit.

Britain, one of the pretentious megaphones for liberty and democracy, has more human blood on its hands than any other country. The list of British atrocities perpetrated in countries around the world is limitless: Kenya, SA, Somalia, China, India, Sudan, Malaysia, Zimbabwe, Australia, New Zealand, Canada, Afghanistan and Iraq, to mention but a few. Britain’s false consciousness about its political character was best captured when former prime minister Tony Blair surrealistically claimed that Britain had never oppressed others.

Britain, one of the pretentious megaphones for liberty and democracy, has more human blood on its hands than any other country.

France has a similar record of using its military power to inhumanely cower others. Its genocidal wars in Algeria, Vietnam and the Central African Republic, as well as other humiliations in the rest of Africa, are part of its political lineage. Furthermore, in the early 1990s, it prompted the Algerian military to pre-empt the electoral victory of the Islamic political party, which led to political violence in which more than 100,000 Algerians died. Most recently, France helped to “liberate” Libya from Gaddafi, but left the country in ruins. Germany’s tainted record in Namibia and in Europe is also well known.

The major ally of the West in the east is Japan, which waged rapacious wars in East Asia. The Rape of Nanking in China can never be forgotten, and neither can the humiliation inflicted in Korea, the Philippines and other parts of Asia.

The brutality of the Russian invasion in Ukraine is unforgivable, but the same European powers who are crying foul and funnelling weapons to that unfortunate country have not, for the past eight years, shed a tear for the Saudi destruction of Yemen. Instead, they have sold weapons to the Saudi regime to continue the massacre of mostly innocent people. Why not sanction the Saudi regime? The Yemeni people are not the only ones whose lives have been shattered by a Western ally. Even more devastating is the fate of the Palestinian people whose land and lives are constantly threatened with extinction by Israel. The list of such atrocities is endless.

The Ukrainian people deserve our support and compassion, and their predicament should not be turned into a hot political football as they have already paid a heavy price. However, that is exactly what is happening.

George Orwell said it all: “All animals are created equal, but some are more equal than others.” In today’s world, some interventions are applauded if they are conducted by the West or its allies, regardless of the human cost.

What is equally appalling is the political rhetoric of senior European leaders. For instance, the president of the European Commission, Ursula von der Leyen, stated that “Ukraine belongs to us and must be an EU member”. Others have openly declared that war cannot be allowed to happen in Europe. Implicit in the latter statement is that war anywhere else is OK. The emperors have no clothes.

We are seeing yet another chapter of an Orwellian saga in which those who have the weapons and resources ignore the sovereignty and freedom of others, despite the human toll. All invasions and wars are diabolical, and so are their initiators.

By The Conversation
6 min read

EDITORIAL | Some issues are more important than your attention-seeking, ...