Set those freezing Berserkers on fire before they run amok

A WORD IN THE HAND: RUN

Set those freezing Berserkers on fire before they run amok 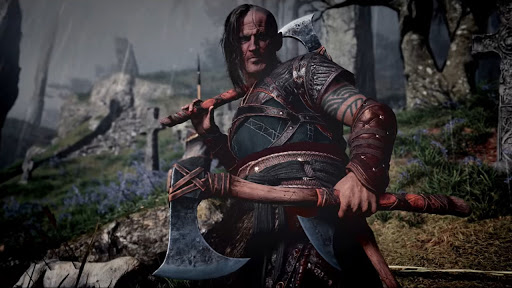 According to the Guinness Book of World Records, “set” is the English word which has more separate meanings than any other. The second edition of the Oxford English Dictionary, published in 1989, lists 430 ways you can use set. The definitions run to 60,000 words, making short little set the wordlet with the longest dictionary entry of all.

Another small word of massive usage proportions, also used in the paragraph above, is “run”. The Online Etymology Dictionary has 321 entries dedicated to various parts of speech, phrases and idioms containing “run”.

I looked this up after seeing a press release announcing that comedian Nik Rabinowitz will return to Sandton’s Theatre on the Square “for a two-week run”.

Poor chap, I thought. Running for two weeks is enough to exhaust anyone.

The uses of run are almost limitless, even without including cricket. You can run out of steam, give your competitor a run for their money, run low on fuel, run short of washing powder, run into trouble, run for mayor, feel run-down, give an annoying suitor the runaround, get excited in the run-up to the Oscars ceremony, run over a frog, do a quick milk-run to the shop, count how many newspapers are produced in a print run, get bored with run-of-the-mill clothing, have your cash flow run dry, run late for a party, run into a friend and get to the end of a run of luck, as I just have with this sentence.

“Run” is the descendant of two streams of words that coalesced into Old English and originally described the flow or running of a river. From there, run became a verb meaning to take flight or retreat in a hurry (as in run away) as well as, from about 1200, to compete in a race.

Some of the other meanings came later, such as a theatre run, which is what was really meant (I hope) by the announcement about Nik Rabinowitz’s new show.

The most interesting idiom involving run, if you ask me, is “to run amok”. It has been used for centuries by everyone from preschool teachers to zookeepers to riot police to describe any individual or group behaving in a wild and unruly manner, but its original meaning was far darker.

The Phrase Finder tells us that although the term (sometimes spelled “run amuck”) now generally means “go crazy” it once specifically referred to the Amuco, a class of warriors in Southeast Asia who sought either victory or death and nothing in between. In the 1500s, the Amuco gained a ferocious reputation in what we now know as Java and Malaysia for their maniacal attacks on rival groups.

As the Phrase Finder puts it: “Their belief was that fallen warriors became favourites of the gods, whereas failed missions were punished by dishonour and death.”

From the Amuco, known to others as the Amock, came the phrase “to run amok”, which was first popularised by the explorer and diarist Captain James Cook. In his 1772 volume of Voyages, Cook wrote: “To run amock is to get drunk with opium ... to sally forth from the house, kill the person or persons supposed to have injured the Amock, and any other person that attempts to impede his passage.”

On the subject of craziness, the common expression “to go berserk” has similar origins. The Phrase Finder, which defines going berserk as “to behave in a frenzied and violent manner”, says that a “Berserker” was “a Viking warrior of great strength and courage, who fought with wild ferocity”.

The Berserkers got their name from their clothing, or lack of it. In ancient Norse a coat was called a “sark” and these horned fighters wore coats made of bear skin, in other words, “a bear sark”. That’s one theory: the other claim is that they opened their coats to show their strength (and their bare chests) even when fighting in freezing weather, which made it “bare sark”.

Whatever the truth of its etymology, “go berserk” made its appearance as an English expression for crazy only 800 years after the last Berserker had shed his bearskin (or bare skin).

The first printed use of this idiom, according to the Phrase Finder, was in a small local paper in the US in 1919, in which a report on the aftershock of World War 1 included this line: “With hungry Russians crowding in from the east, a hungry Germany may shortly toss its new conventions after the old and go berserk in the teeth of the cannon.”

Words come and go but humans never seem to change much. Another “run” idiom, incidentally, is “insanity runs in the family”.