In the coming confusing days, expect to see the widespread insistence that two wrongs do, in fact, make a right 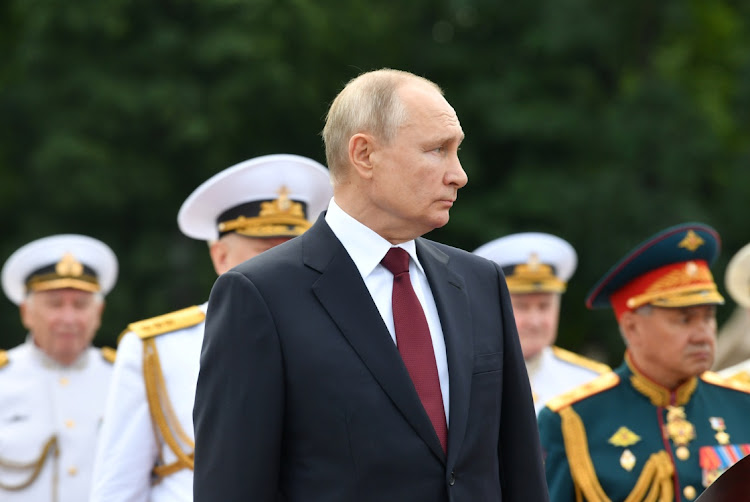 TOP DOG If the US is terrible for invading defenceless countries, then so is Russia.
Image: Sputnik/Aleksey Nikolskyi/Kremlin via Reuters

I am not an expert on either Russia or Ukraine. I am not going to offer you insights into the reasons for, and likely outcomes of, Vladimir Putin’s decision to attack a sovereign country and plunge Europe back into the 1960s. But I have spent the last few years online, and I would like to warn you about what’s about to happen on your screen.

The first and most dramatic thing you’re going to see is that millions and millions of people who last week were experts on virology and public health are going to retrain as experts on Russian history and geopolitics.

Instead of telling you about 5G and ivermectin and the Great Reset, they’re going to tell you about Antifa and false flag operations and Nato, and they’re going to be as loud and self-righteous — and wrong — as they’ve been the past two years.

Some of what they spout will be easy to debunk. Russian troll farms are getting more sophisticated every year, but if you’re getting your breaking news from @ReelyReelNooz245675 then I’m afraid that’s on you.

Some of it will look more convincing, especially when it’s shared by journalists, or at least people who put “journalist” in their Twitter bio.

Despite being told by a number of people that it was, in fact, a scene from a computer game, Taylor kept it up for almost three hours before finally deleting it. It was a useful reminder about the nature of so much fake news; that it’s posted not by people who believe it, but by people who know it’s fake but want to bask in the warm glow of likes and retweets, and to hell with journalistic integrity.

It’s also about to get very, very confusing politically.

On Thursday, as a Communist dictator invaded a democracy, thousands of US Republicans took to social media to condemn a president — their own.

According to many of these chest-thumping patriots, Putin would never have attacked Ukraine on Donald Trump’s watch. I must say I have to agree: Putin needed Trump’s four years in office to drive as deep a wedge into US society as he did, resulting in a country in which a huge number of citizens genuinely think that Joe Biden, rather than Putin, is responsible for Thursday’s invasion.

In SA, too, the stupid was burning brightly, with many Twitter revolutionaries praising Putin as a hero of anti-imperialism. Because invading a vastly weaker country to rebuild your lost empire is, you know, the opposite of imperialism.

To be fair, some, such as EFF tweeter-in-chief Sentletse Diakanyo, have always been diehard Putinistas, posting all sorts of glowing tributes to the guile and courage of the Kremlin strongman. At very least there’s a kind of ideological consistency there: if, like Diakanyo, you’ve expressed admiration for Bashir­al-Assad, Robert Mugabe and Julius Malema, you are clearly a student of the Raging Daddy Issues school of politics, and Putin was always going to be your next crush.

These out-and-out apologists for brutality, however, are rare. Far more common in the coming days will be the extremely widespread insistence that two wrongs do, in fact, make a right. You’ve probably already heard it, even from friends, explaining to you that yes, Putin is wrong for invading Ukraine, but the US has invaded a lot of countries, so ... er ... there’s that?

At the heart of this whataboutery is an inability — or refusal — to hold two separate truths at the same time. But it’s pretty simple: if the US is terrible for invading defenceless countries, then so is Russia. Both can be bad at the same time, and neither absolves the other.

Besides, it really doesn’t matter what your friends on Facebook think about Ukraine.

What matters is what a violent, possibly delusional dictator with a nuclear arsenal and imperial ambitions thinks about Ukraine. And how much blood he’s willing to spill to see those thoughts become reality.