So anachronistic is Putin that, without blinking, he’s revisiting a century-old feud while pondering World War 3 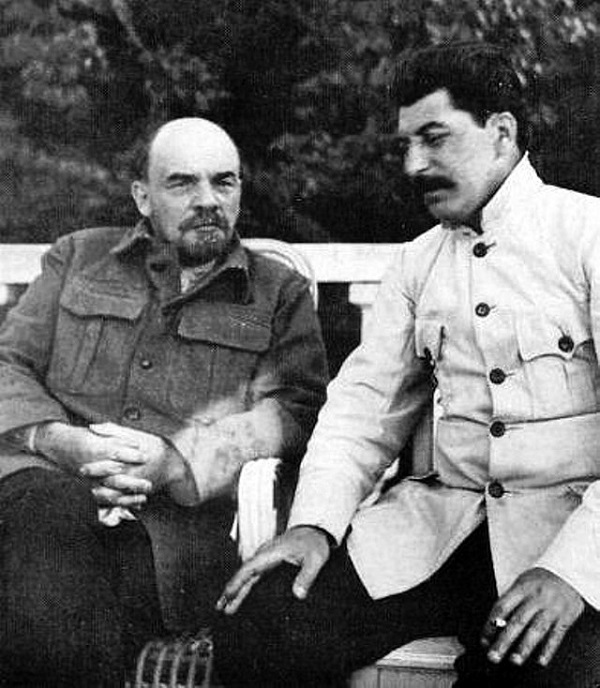 Russian President Vladimir Putin’s attack on Ukraine this week is bad news for the hapless victims, but every ghastly cloud of ordnance detonated in anger must, one hopes, have a silver fulminate lining. Happily, for lovers of nostalgia, this blast of icy Arctic air sweeping in from Moscow is another last hurrah for the Cold War, together with its ubiquitous shrapnel of cultural-revolutionary kitsch.

Who among us of a certain age can claim not to have missed the chilled yet menacing aesthetic that accompanied the rise and the fall of the dictatorship of the proletariat east of the mighty Volga, and which has morphed onto the mafia state Putin lords over? John le Carre, Checkpoint Charlie and the Berlin Wall, the Lada automobile (Forbes magazine called it the “boxy stalwart of socialist motoring”), the Stasi and the KGB, Sputnik and Laika, the communist mongrel who on a flight into space in 1957 became the first dog with a valid reason to bark at the moon?

Oddly, it was an age of hope, and an age of humour too. Former US president Ronald Reagan used to tell jokes gleaned by the CIA for the very purpose of serving them up as impromptu wry takes on Soviet life, but cutting too. Like this one: “A man goes into a shop and exclaims: ‘You don’t have any meat.’ No, replies the saleslady, ‘we don’t have any fish. It’s the store across the road that doesn’t have any meat.’”

Putin is ever eager to tell any who will listen that the break-up of the Soviet Union was the greatest geopolitical disaster of the 20th century. He is quite correct in that the fall of the USSR gave us Putin himself, a former KGB officer handpicked by his celebrated (celebrating?) predecessor Boris Yeltsin.

Thus it was that Putin moved from running the property department of the Yeltsin government to becoming the most powerful Russian leader since Josef Stalin. He emerged as a lone-ranger candidate, not aligned with any establishment party, a strongman on a horse with no name. As he showed this week, it is his unerring grasp of the sore points in Russian history, and his ability to encourage a sense of historic outrage and grievance, that explain his Stalinesque prowess.

Putin ponders starting World War 3 with as much stress as one of us worrying about the cost of a new kitchen, as he struts jauntily, blinded by hubris, into a future even he cannot know the ending of.

And it’s not just guile either. No less an authority on these matters, former US president Donald Trump, has been calling him a “genius’’. And in what must be a first in US history, Republican hardliners sympathise with Putin against US President Joe Biden. Actually, Putin has much to thank the US for, not least his doctoral thesis which he part-plagiarised from an American university publication.

Said to be the world’s richest leader, Putin is “Homus Sovieticus”, an Iceman Cometh who’s been perfectly preserved in the tundra floes and brought out to thaw. So anachronistic is he that he even chose to reopen a century-old feud to pick a fight with Vladimir Lenin, the father of the Soviet Union, and the man who is to terror in politics what Einstein was to the theory of relativity.

Putin ponders starting World War 3 with as much stress as one of us worrying about the cost of a new kitchen, as he struts jauntily, blinded by hubris, into a future even he cannot know the ending of. He hardly blinks.

In picking on Lenin and siding with Stalin, the Georgian who, to be fair to him, hated Georgians as much as he hated anyone else, Putin concludes that Lenin’s concessions to nationalism, read Ukraine, planted the seed of Ukraine’s contested independence from Russia. So he is merely doing now to Ukraine what would have been done 100 years ago if Stalin had prevailed.

Lenin argued counter-intuitively that denying the likes of Ukraine the right to secede would provide a ready-made grievance for separatists, and so in a way he was attempting to call their bluff upfront. In any event, in the Marxist scheme of things they were all proletarians and comrades, and the all-out centralisation of power and suppression of nationality that Stalin wanted was contrary to the whole goal of the October Revolution. For the brutish Stalin, such nuanced thinking was idealistic. Ditto Putin.

Take heart: humanity faces a real choice about its future. It’s either the slow-burn destruction brought on by global warming or sudden obliteration from nuclear war.

In an odd quirk of fate, Stalin’s first wife, Nadezhda Alliluyeva, who committed suicide by shooting herself on the night of November 8 1932, did so after a particularly nasty dinner bust-up with the dictator, with whom she had raised the mistreatment of the Ukrainians by the Russians. According to Robert Conquest’s biography, Stalin, Breaker of Nations, she had been allowed to take courses at the Industrial Academy and had heard of conditions in Ukraine from fellow students who had been sent there as activists in grain collection.

If Putin loves the old Soviet Union so much he should look down our way, where we’ve got one of the oldest, and arguably most successful, communist parties in the world. In SA we repay our debt to the old Soviet Union by taking an ubuntu-inspired approach that won’t upset Moscow. It’s part of the ANC’s political fabric. Witness international relations minister Naledi Pandor’s pandering to Putin this week, with a bland statement about wanting all sides to talk. It was as if she’d taken one of Gauteng education MEC Panyaza Lesufi’s school race-riot statements off the printer by mistake.

Although manifestly discredited by their wealth and reduced to conducting class analysis from behind the tinted windscreens of their German cars, our communists have influence here way beyond their unread manifestos. So Putin should know there’s a little piece of this foreign field that is forever the USSR. To prove it, we have the same inefficient cash-guzzling state-owned entities the Soviet Union once had, policies that give the state preferential treatment in the economy and that impose artificial and ideological constraints on the labour force, and a foreign policy, if one can call it that, which favours other Kremlin-inclined failed states over struggling democracies. These serve no purpose to SA, but act as a political sop for those who cannot yet believe the Soviet dream is over.

As I write this, CNN is no doubt recruiting Aussie war correspondents by the truckload, to send them into battle where normal folk would not go unarmed. For the rest of us, we must know that our old World at War DVDs are now well and truly obsolete. Take heart: humanity faces a real choice about its future. It’s either the slow-burn destruction brought on by global warming or sudden obliteration from nuclear war.

Time to head to the bunker with one’s dog-eared copy of our beloved National Development Plan, whistling The Internationale.

Bordering on madness: why do we fight over lines in the sand?