SA’s politicians quite simply don’t have enough ‘skin in the ... 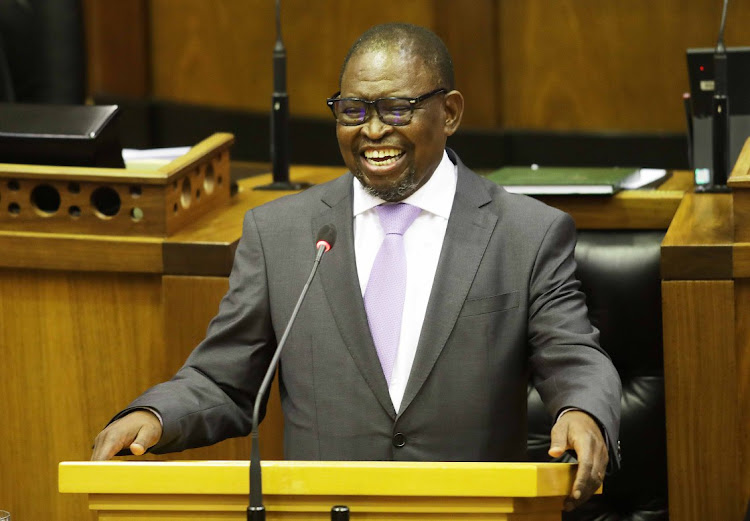 In 2007 he published his ground-breaking book The Black Swan which illustrated the chaos caused by unpredictable, unprecedented events occurring outside the range of predictive probabilities bringing severe consequences in their wake. Some years before its publication, the late US defence secretary Donald Rumsfeld colloquialised this idea with his distillation of “unknown unknowns”.

In 2012, Taleb, who has academic training as a mathematician and worked as a hedge fund manager and derivatives trader, published Antifragile: Things that gain from disorder, which provided case studies of countries and environments, contra-expectation, actually improving in conditions of volatility. SA today provides an interesting example for his thesis.

I have just read Taleb’s latest work Skin in the Game: Hidden asymmetries in daily life (2018) and was struck how these three books provide a useful lens for viewing current events and predicting the tides which sweep across our country, continent and world.

Skin in the Game is deceptively simple to understand as both concept and in real life. As Taleb explains: “If you give advice you need to be exposed to losses from it.”

There is no such thing as public money; there is only taxpayers’ money.

For example, we never punished the bankers whose reckless trades triggered the global financial crisis in 2008. Rather they were shielded from the harm caused, even profiting from their profligacies. What happened in reality was the taxpayers took the losses on the state balance sheet via bailouts and the bankers pocketed the bonuses.

Taleb’s advice is that the captain needs to go down with the ship.

He writes: “And when a blow-up happens (as in Iraq, Libya and Afghanistan for example), the downside doesn’t affect the interventionist. He continues to practise from the comfort of his thermally regulated suburban house with a two-car garage ...They never have to pay the consequences for their actions.

“The principle of intervention, like that of healers, is first do no harm; even more ... those who don’t take risks should never be involved in making decisions.”

I suppose there is some risk for Vladimir Putin, sequestered though he is in the Kremlin some 900km away from Kiev. If his smashing of the sovereignty of neighbouring Ukraine misfires, the blowback via crippling sanctions and a deep freeze of the Russian economy could topple him from power. But he certainly won’t suffer the brunt of destruction likely to be unleashed on citizens of an autonomous state if his troops invade.

But the concept of risk takers being held accountable for the harm they cause, or chaos they unleash, is very salient.

Last week, for example, former president Thabo Mbeki offered the thought that “if the ANC collapsed today, ceased to exist, this country would become ungovernable simply because of the influence of the party”.

It could be argued that Mbeki has (or had) a lot of skin in the game. He was toppled from his presidential perch by the locusts of the Jacob Zuma brigade, and he spent his entire adult life, mostly in exile, advancing the cause of the ANC.

However, in most other senses he has little idea of how ungovernable the country is right now. Correctly, presidents and former presidents are surrounded by stringent VIP security detachments; their generous pensions ensure that they have no idea of the grim realities of queuing at 4am for a social grant; private medical aid provision means no need to encounter the horrors of a collapsing state hospital or joining a throng of weary citizens snaking round the entrance to department of home affairs offices to obtain a birth certificate. They have no idea at all of the daily terrors awaiting township dwellers or suburbanites at the hands of marauding criminals. Or the daily grind of accessing public transport when the rail network has ceased and over-clogged roads take the burden of traffic (that’s where the blue light brigade on offer to major and minor state potentates comes in handy).

I also hazard a guess that Mbeki, who offered his remarks at a gathering of Free State ANC leaders, has not recently attended — for example — a humbler ANC branch meeting in KwaZulu-Natal. There, according to reports, there is a chance of bodily injury or even death if you are a member or councillor aligned to the wrong faction or element of an organisation which ever increasingly resembles a mafia organisation, though one where protection money no longer provides much protection. Never mind the country, it appears that the warring ANC itself is increasingly ungovernable.

Let’s apply this test to the vast army of cabinet ministers, provincial MECs, mayors and the entire apparatus of the upper reaches of the civil service. They simply have no skin in the game to ensure any consequence for non-performance or non-delivery. Even the recall risk at election time is less than likely, for a range of reasons that owes very little to performance in office and a lot more to legacies of history. Though the experience visited last year on ousted ANC mayors of Johannesburg, Tshwane and Ekurhuleni suggests a black swan event might be on the national electoral card in 2024.

I am not suggesting that Thabo Mbeki or Cyril Ramaphosa, or even Bheki Cele, our spectacularly non-performing minister of police, should be stripped of their presidential or ministerial perks and protections.

But the “skin in the game” idea suggests that a more modest approach, a keener calibration of risk and perhaps fewer fatuous statements on the collapse of governance would be in order.

The one relatively well-governed corner of SA, where public monies are not stolen and basic service delivery tops all other provinces, is the Western Cape. And this has been the site of “ANC collapse” (to borrow Mbeki-speak) since 2009. Little wonder that property owners in other provinces are voting with their feet and “semigrating”, along with thousands of work seekers from the collapsing Eastern Cape, where the ANC’s near 30-year stranglehold on power has throttled provincial services, life chances and basic administration. Or as veteran Eastern Cape opposition politician Athol Trollip rebuked Mbeki: “SA is ungovernable under the ANC! You can’t frighten us that it could be worse.”

Someone with all our skin in his own game, and who will be stage centre in (the makeshift) parliament on Wednesday, is finance minister Enoch Godongwana. He seems to have a realistic grasp of the state fiscus and his utterances to date happily suggest that he is more pragmatic than ideological, incompetent or even delusional, which separates him from a fair number of his cabinet colleagues.

But let’s see how much of his and National Treasury’s realism survives the ANC economic Talibans, who demand at the point of almost total state collapse ever more state involvement in the economy and in citizens’ lives, and the throwing of ever more money at failed state enterprises.

Godongwana of course does not risk his own salary (but perhaps his pensions and savings) if he decides to loosen the fiscal brakes or ignore the risk registry provided by his own department in the Budget Review.

But if he uses the Taleb’s skin in the game lens, he might remember Margaret Thatcher’s 1983 warning: “There is no such thing as public money; there is only taxpayers’ money.”

At about 2pm on Wednesday we will see if he does.

SA should design economic policy based on strengths of regions: here’s how