How Boeing fooled the world for max profits

How Boeing fooled the world for max profits 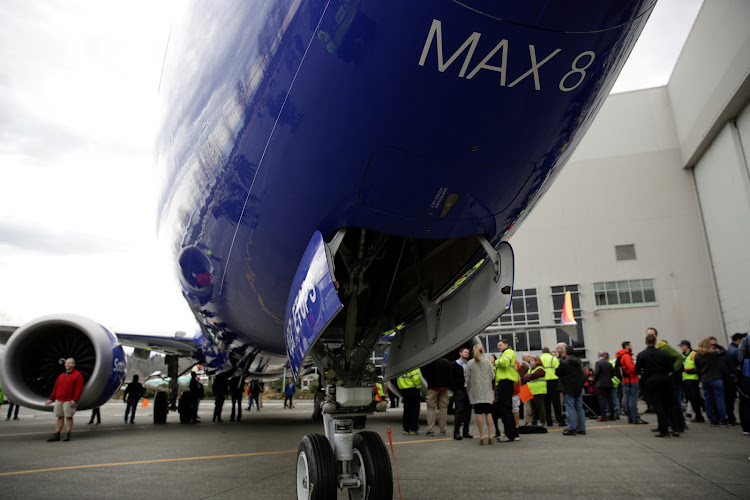 THAT WON'T FLY The corporate treachery by Boeing is of criminal proportions.
Image: REUTERS/Jason Redmond/File Photo

I was going to write about the budget and why Enoch Godongwana cannot shake his predecessors’ curse of having to constantly remind political colleagues — including the president — that money doesn’t grow on trees.

Finance ministers are hugely unpopular in cabinets. They are that strict parent who has to deliver the bad news to the kids ... money for designer sneakers, bicycles, PlayStations and sweets went to food, school fees and bond repayments.

But just as I was about to bore you with clichés such as “a tough balancing act” and “doing more with less”, I picked up the TV remote and navigated Netflix. Here, I stumbled upon a documentary extraordinaire on how US plane maker Boeing managed to fool the world that its 737 Max upgrade was the next gold standard of mid-range air travel when in reality it was a death trap.

Downfall: The Case Against Boeing is a must-see for anyone who takes an interest in how, left unchecked, corporate dishonesty costs lives, leaving heartbroken families with unanswered questions.

In October 2018, a 737 Max belonging to Indonesian carrier Lion Air with 189 passengers on board crashed 13 minutes after take-off from Jakarta, killing everyone. Large passenger plane crashes make headlines globally due to their infrequent nature. What baffled the world was this was a newly acquired jet, one that Boeing had celebrated as the next evolution in domestic and regional travel. Who could question a US aviation giant that first engineered the bulk of the jets we rely on for air travel? Their 747 Jumbo Jet, launched in the late 1960s, did wonders for international travel.

Boeing immediately launched a vicious campaign, blaming the crash on poor training of the Indonesian pilots. Naturally the world believed the experts.

Boeing immediately launched a vicious campaign, blaming the crash on poor training of the Indonesian pilots. Naturally the world believed the experts. But slowly, thanks to great journalism from the Wall Street Journal and cooperation of internal whistle-blowers, it emerged that, to counter an unexpected nose upward jerk on the 737 Max due to a design fault, Boeing had installed a stabiliser system — Manoeuvring Characteristics Augmentation System (MCAS) — but deviously opted not to inform airlines and regulators about it as that would require extra pilot training that would delay putting the Max quickly into the air. Remember, it had sold more than 5,000 of these jets globally and was reaping handsome returns off a soaring share price.

But five months later, Ethiopian 302 en route to Nairobi crashed shortly after take-off in Addis Ababa, killing all 154 souls on board. The Ethiopians had invested in the 737 Max and subsequent investigations revealed this crash was also caused by a faulty MCAS. Again Boeing blamed inadequate pilot training. Once more it vilified pilots from developing countries and everyone believed it.

The plane maker insisted even after the Lion Air crash that the Max was safe to fly, and US authorities under Donald Trump stood by it. Protectionism trumped logic.

The Ethiopian disaster, however, spooked the rest of the world and sparked a domino effect. Starting with China, country after country grounded the Max. Having run out of excuses, the Americans were forced to grudgingly concede that this model couldn’t be allowed to fly until thorough investigations had been done into its design.

It later emerged that US air travel regulator FAA had in between the two crashes done its own review which concluded that up to 15 of these 737 Max aircraft were at risk of crashing if the design flaws weren’t remedied. This information only came to light at congressional hearings when Boeing was forced to hand over all documentation, including correspondence with the FAA. This means if Boeing had been honest to begin with, or if it had acted after the Lion Air crash, hundreds of lives could have been saved. The company was eventually charged by the US justice department and agreed to a $2.5bn settlement but avoided criminal charges.

Having run out of excuses, the Americans were forced to grudgingly concede that this model couldn’t be allowed to fly until thorough investigations had been done into its design.

This documentary resonated with me because local carrier Comair had taken ownership of eight of these expensive 737 Max planes in the period preceding the two disasters and operated them on domestic routes. It’s a thought that sends a chill down my spine, but one of these tragedies could have easily happened on a routine flight between Johannesburg and Durban or Cape Town. In the Ethiopian crash, the recovered flight data recorder showed that the pilot did exactly as Boeing had advised after the Indonesian incident and switched off the MACS when he and the co-pilot started losing control of the bird shortly after take-off. Still it crashed.

The corporate treachery at play here is of criminal proportions.

The Max has since been allowed to fly again, and anyone vaguely familiar with air travel will know that passengers don’t get to choose the aeroplane model when purchasing tickets, only the airline they prefer to fly with.

I know Comair battled Boeing for a refund after the Max was grounded as it wanted to get out of a deal that, alongside Covid, almost bankrupted the airline.

What I hope is that our own regulator — the Civil Aviation Authority — will place a permanent ban on local carriers operating this doomed model domestically.

I’m off to Cape Town to listen to Godongwana deliver his first full budget. I’ll have more to say on it in later columns when we have fully digested the numbers. For now, catch this documentary and make sure a box full of tissues is within reach. Testimony from family members of the deceased gives a very sad human face to a heartbreaking story. There’s a special place in hell for Boeing executives who got super rich on lies, betrayal, corporate greed and callousness.