It gives me no bleisure to announce the marriage of business and ...

A WORD IN THE HAND: BLEISURE 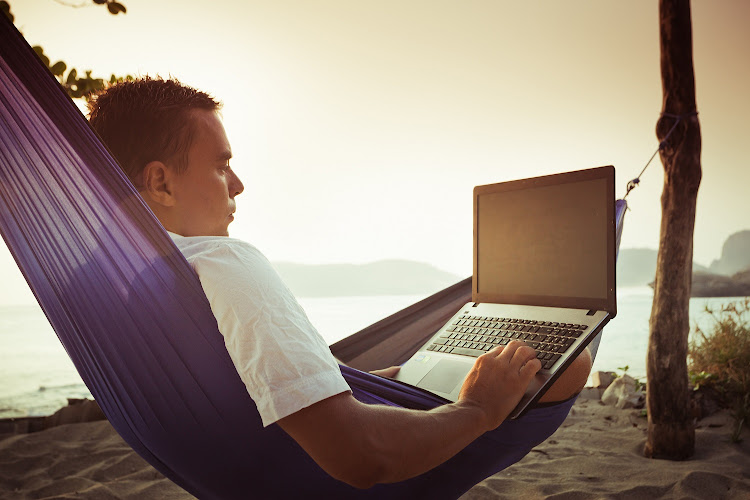 BEST OF BOTH WORLDS? The combination of travelling for business and leisure has spawned the word 'bleisure'.
Image: 123RF/PAVEL ILYUKHIN

I was distressed to read this week that “bleisure” has become a term used by those who market South African tourist resorts.

Words that marry two existing expressions are commonly known as “portmanteau words”, and this is the family to which “bleisure” belongs, but the mere fact of this happening is worrying for more than the grammatical principles it breaks.

The press release I mentioned said this: “As [Covid] restrictions ease, a new, hybridised human is emerging. A mix of new skills with old addictions — the need to travel is stronger than ever but now, they do it smarter! Enter the Bleisure traveller. Although this term was first coined in 2011, the Covid pandemic ballooned the subscription; working from home taught us that we can work from ANYWHERE, and so, we do!”

Leaving aside the annoying exclamation marks, the point of this pamphlet — which lauds the advantages of global wifi, great views while working, and on-site childcare — is to tell us that business and leisure are no longer separate concepts, but rather can be mixed into a bleisureful whole.

Is this really true? I have my doubts.

Fortune magazine contributor Tristan Bove recently tracked the origins of “bleisure” and concluded that: “Business travel used to consist of two- or three-day corporate getaways, but a new trend that blends business and personal travel may change that, for better or worse.”

Bove delved further into the bleisure trend and said: “The problem with bleisure is it may be just another merging of leisure time and work in the Covid era and a further breakdown of the traditional barriers that have existed between personal and professional lives.”

The whole point of leisure is that it should be time spent not being busy, and not thinking about one’s busyness, or business for that matter.

The word ‘business” comes from roots that mean “anxious”, “busy” and “occupied”.

This sense of the word dates back to the 1300s, but when Samuel Johnson published the first comprehensive English dictionary in 1755, he included “business”, meaning “the state of being much occupied and engaged”, alongside a new word, “busiless”, meaning “at leisure; without business; unemployed”.

Going back to its earliest definition, business moved from the sense of one’s occupation to, in the 15th century, the idea of things one does out of a sense of duty.

The label of a trade or mercantile pursuit was attached to “business” only in the 18th century.

“Leisure”, meanwhile, put its feet up in its hammock, sipped from a cocktail glass sporting pineapple leaves and a paper parasol, and took a holiday from “business”, meaning all forms of work and their associated anxieties.

The word “leisure” entered the English language in the 12th century and has always meant the opposite of business.

The Online Etymology Dictionary says that the first meaning of leisure, from the Old French leisir, was “free time; spare time; idleness; inactivity” or “time at one’s disposal” or “lack of hurry”.

A century or so later, this definition expanded to mean “the opportunity afforded by freedom from necessary occupations”.

Taking all the above into account, this bizarre new word “bleisure” seems not just oxymoronic but idiotic.

The whole point of leisure is that it should be time spent not being busy, and not thinking about one’s busyness, or business for that matter.

Business, on the other hand, should be reserved for when one is concentrating on making a living.

It seems fairly obvious to me why “bleisure” is perhaps the most ridiculous, self-defeating and unnecessary word ever coined.

But, as always, I am open to argument.

Singling out VW Polo drivers won’t get us there alive