This, SA, is how good leaders take back the power to govern

This, SA, is how good leaders take back the power to govern 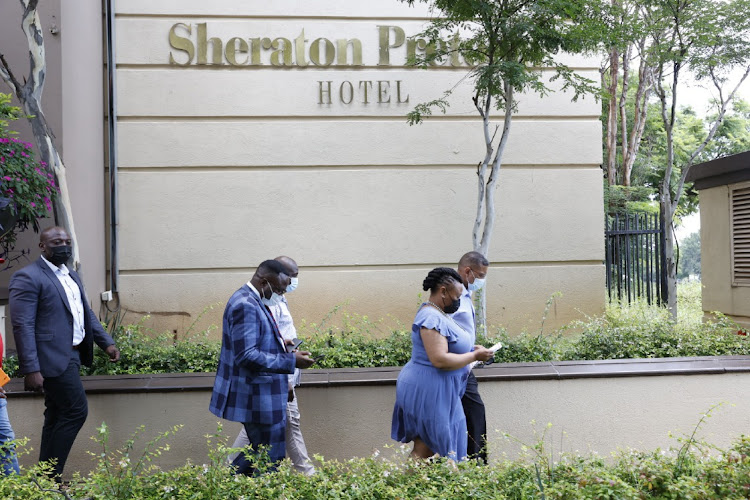 LIGHTS OUT Mayor Randall Williams and city manager Mmasabata Mutlaneng during do a walkabout at the Sheraton Pretoria Hotel.
Image: Thulani Mbele

I just love the hashtag #TshwaneYaTima (Tshwane switches off).

What a smart use of social media to raise awareness, and the city is deriving plenty of goodwill from users urging it to continue switching off non-payers.

I’m still shocked at the number of government and corporate utilities defaulters. How does the uber luxurious Sheraton hotel think it is OK to owe the city R23m? The Sheraton is part of global hospitality giant Marriott International’s huge portfolio with a hotel in almost every corner of the globe. Covid impact or not, I doubt Marriott International would permit any of its hotels to accumulate millions in water and electricity arrears to municipal authorities in London, Shanghai, Dubai, Sydney or New York. It is disrespect of the highest order.

Also, that Tshwane was able to collect R200m in just one week shows the dishonesty of these corporate and government defaulters. The University of Pretoria miraculously found the R36m it owed only when the city disconnected its High Performance Centre. The argument that an entity can withhold payment because it has lodged a dispute over its water and lights bill is without merit and has been correctly dismissed by the courts. You continue servicing your monthly obligations while resolving existing payment disputes.

It is grossly unfair to expect households to pay for their electricity and water usage while big corporates and government believe they are somehow entitled to free services.

I am 100% behind the #TshwaneYaTima campaign. It is grossly unfair to expect households to pay for their electricity and water usage while big corporates and government believe they are somehow entitled to free services. As I write this, the Hatfield station of the Gautrain has been disconnected, so too the SA Police Service headquarters in the Pretoria CBD. How long have municipalities been begging government departments to settle their municipal accounts?

The success of #TshwaneYaTima is a great example of what happens when our cities are finally freed from the stranglehold of the ANC. The DA leads a coalition that includes ActionSA, the Freedom Front Plus and a smaller coalition partner. Not having to rely on the EFF to keep the coalition together was a major win for Tshwane after a tumultuous five years in which the red berets continuously threatened the stability of governance in the capital city. A more stable coalition means the parties can easily agree on what is best for the city and make it happen without having to worry about offending a so-called kingmaker party.

Collecting the R17bn owed to the city is a high priority, and if it means embarrassing corporate and government clients to force them to do the right thing then so be it.

A senior manager in Tshwane tells me the reason they failed to hold government entities accountable in the past was because under the ANC administration a comrade would make a call to another comrade and thereafter the city would turn a blind eye to the growing debt. This is how the ANC has successfully ruined our towns and cities. Each year, the auditor-general paints a harrowing picture of municipalities. Corruption, nepotism, political meddling and a lack of skilled personnel have crippled service delivery. This gross mismanagement has been spectacularly devastating for smaller towns that almost wholly rely on the national equitable share for their revenue since a majority of their residents are too indigent to afford payment of municipal services. Drive through Mashishing (formerly Lydenburg) in Mpumalanga and tell me if you can count the number of potholes you will be navigating. The North West government is scrambling to stop dairy maker Clover from relocating its factory from Lichtenburg to KZN after a complete breakdown in service delivery. Broken towns contribute to an escalation in the costs of doing business, and companies that want to stay trading are forced to disinvest from them.

Politics aside, the Western Cape always comes up tops in the area of town and city management. Late auditor-general Kimi Makwetu would tell me how impressed he always was by the proactive role played by the premier and the provincial government in assisting their municipalities attain clean audits. A younger colleague who covered the State of the Nation Address last week expressed surprise on Twitter that he could walk the Cape Town CBD at midnight without fear of being mugged or murdered. Cape Town shouldn’t be the exception but the norm; we can take our cities back if we put in half an effort. That starts by holding everyone accountable without fear or favour.

The coalition that governs Tshwane might just provide a case study on how to turn around a city in under five years and get things working. For now, go and your settle bill because #TshwaneYaTima.

J and J pauses vax production, but SA has own clone in pipeline

As long as politicians choose them, judges will not get a fair trial