Malema, AfriForum should take absurdities elsewhere and leave Equality Court to those who need its services urgently 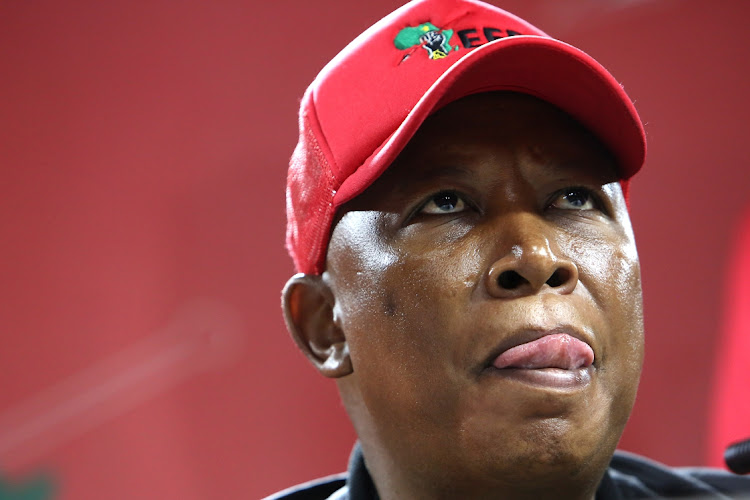 IRRELEVANT Sorry, Julius, but the struggle started and ended without you.
Image: Alon Skuy

Equality courts came into being in SA about 20 years ago, in part to give those suffering discrimination in an unequal society a chance for redress in otherwise expensive and inaccessible courts. They were not meant to be another easy payday for the big-name advocates who have become familiar to South Africans. Apart from giving the poor a leg-up in the legal world, the Equality Court has also become a place for rich politicians and activists to seek sympathy (and publicity) for some slight and, if possible, get a payout for it, while conveniently limiting free speech.

Thus it was this week that the Equality Court in Johannesburg was the stage for yet another showdown over the struggle song, Kill the Boer, otherwise known as Dubul’ ibhunu. In a civil matter AfriForum wants the court to find EFF leader Julius Malema and his party in contempt of court for their repeated singing of the song at rallies and protests, saying it constitutes “hate speech’’ in terms of the Promotion of Equality and Prevention of Unfair Discrimination Act.

Running concurrently in the background, as one might say in legalese, Malema is also asking the court for R1m damages for having been called a cockroach, again, this time by the Patriotic Alliance’s Kenny Kunene, who knows a thing or two about the lower-life orders. He also called him a “little frog’’, which as we all know is a low and slimy thing that croaks annoyingly, yet has the awful potential to become a prince when kissed. Malema wants an apology to avoid Equality Court proceedings.

Importantly, in the Kill the Boer and cockroach cases involving Malema it is argued that these words can and do cause harm in the real world. Absurd, really, but such is the reach of our new jurisprudence and the seriousness with which it takes itself that learned counsel will dance on the head of this pin for days.

The cockroach, of course, is familiar entomology for Malema in that he previously had former National Assembly Speaker Baleka Mbete forced into a retraction when she called him that, back in the day when he led the “Pay Back the Money’’ protests in parliament. As an aside, cockroaches will “inherit the Earth’’ when we wipe ourselves out in nuclear Armageddon, but for now, use Doom.

In the Mbete case, as in the new cockroach case, Malema’s lot argued that it somehow constituted a threat in that the history of Rwanda (look for it on a map) would be replicated here. In this view of the world humans are sleepers, activated into self-defeating yet irresistible manslaughter on hearing certain words and phrases.

“We know what happened to people called cockroaches in Rwanda,” it was argued. In the 1994 genocide in that African country an academic by the name of Léon Mugesera used the term in radio broadcasts in incendiary speech against the Tutsi minority. Some 800,000 people died in the bloodletting that followed.

That’s a criminal offence in any common-law system, but does anyone really think calling Malema a cockroach is any way analogous to the situation in Rwanda, where the seeds of war had long been planted and nurtured? It’s absurd, but highlights how a politically-inspired legal tool becomes an instrument for rich politicians to gag their critics.

Malema contends too that being called a cockroach is basically calling him vermin, which one accepts is not very nice and perhaps upsetting, but as Kunene contends, he trades in insults and even got away with calling public enterprises minister Pravin Gordhan “a dog of white monopoly capital’’.

But if calling him a cockroach is somehow going to trigger a frenzy of ethnic cleansing as it did in Rwanda, surely the repeated singing of Kill the Boer can similarly be blamed for the murders on our farms, mostly of white farmers? AfriForum’s Ernst Roets, who’s written a book the subject, says it does, and he’s brought the matter to the court after Malema & Co sang it in Senekal last year, at the bail hearing of the accused in a farm-murder trial.

Again, really? Roets is deluding himself if he ignores the more glaring and obvious reasons for killings on farms — criminality, poverty, a culture of brutality, land hunger, ignorance and envy, a legacy of dispossession and maltreatment, racism and a culture of violence, slack policing and a lethargic prosecuting service. His argument in court, that how would the family of a victim of a farm killing feel upon hearing Kill the Boer, can hardly be considered a reason for censoring the song.

Problem is, in the new rights-based jurisprudence, while it may be proven that singing Kill the Boer has nothing to do with farm murders, it has nonetheless been ruled to be hate speech. Similarly, the late journalist Jon Qwelane’s outburst against gays in a newspaper column has been deemed hate speech by no less than the Constitutional Court.

Obviously, and worryingly if you care for liberty, the ruling against Qwelane deprived him of his right to say what he wants about homosexuals or any other matter, as the case may be, and would seem on the face of it to be a violation of his constitutional rights. Or should he have just been more polite? Conversely though, do those affected by his views not have the right to not have their dignity impugned and if so, can they collect on that promise? Qwelane’s comments caused hurt, but did they cause real harm?

You wouldn’t think singing Kill the Boer would make an obvious contribution to nation-building and racial reconciliation, but do we really want to ban it? Must it be forgotten, erased from all memory? A song one dares not sing for fear of a fine or a jail sentence? Will you be able to hum it in the bathroom, where you hang your old SA flag?

Let Malema sing Kill the Boer all he likes, if only to prove to himself that he has relevance in a struggle that, unfortunately for him, started and ended without him.

Every government department should answer to a JSC-type panel