Maya is fit and proper to be chief justice. JSC is neither fit ...

Maya is fit and proper to be chief justice. JSC is neither fit nor proper 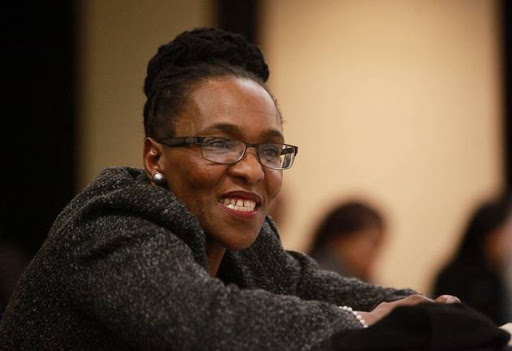 Does her gender matter? Yes, but how it enters her interview, and how we frame her gender in our analysis, matters more, writes Eusebius McKaiser.
Image: Gallo Images / Sunday Times / Simphiwe Nkwali

It is extremely unfortunate that a historic recommendation that an excellent black woman judge, president of the Supreme Court of Appeal, Mandisa Maya, should become the next chief justice of the Constitutional Court of our country is marred by the incompetence and childishness of several commissioners sitting on the Judicial Service Commission.

First, it is appropriate to mark the recommendation of the JSC with the requisite level of praise for, and acknowledgment of, the importance of this recommendation. Maya meets the requirements for the job with flying colours. She has demonstrable intellectual leadership, as well as proof that she can look after the administrative architecture of parts of the judiciary — the SCA for example — with technocratic effectiveness and efficiency, and with due authority recognised by those working within her division. She has several degrees from here and overseas, as well as various honorary doctorates. Hers is, overall, an academic and judicial CV that suggests she is eminently qualified to be our first woman chief justice. Of course, President Cyril Ramaphosa has the ultimate say and is not constitutionally obliged to side with the JSC.

Does her gender matter? Yes, but how it enters her interview, and how we frame her gender in our analysis, matters more. A niece of mine recently left me a WhatsApp voice note asking my opinion on how some matric achievers’ biographies are framed. She was of the opinion that while she can see the relevance of mentioning that someone had “achieved against all odds”, she was uncomfortable with the extent to which this was centred in the story of their achievement, with tropes like “coming from the dusty streets” of this or that township being trotted out routinely.

I agree with her, but only in part. The conditions under which we grow up and within which our struggles play out do not define us. Nor are we defined by the social markers, like gender or sexual orientation, that can be the basis of oppression. But the deep symbolism of overcoming oppression, and inspiring others to see that structural obstacles are constructions of an unjust world rather than natural features of the landscape, is powerful, necessary and should indeed be written into reality until it becomes so commonplace that the qualifier “woman chief justice” is superfluous. Our present reality is that “woman chief justice” is so anomalous that bringing attention to the disruption of patriarchy on the bench is beautiful and necessary.

The JSC, sadly, has robbed Maya of her historically significant recommendation as the next chief justice. They banalised her gender rather than demonstrating a deep commitment to gender justice. Precisely because Maya is excellent regardless of her gender, they ought to have been more rigorous in their questions about her jurisprudential acumen and thinking, and her thought leadership generally, and administrative excellence.

Instead, both men and women on the JSC were fawning over her as if she needed a hug rather than to be examined rigorously. This is unfair to Maya. I have sat on many committees that interview candidates for intellectually rigorous career opportunities. Anecdotally, in my experience, candidates who get “tough” interviews (which is not a synonym for aggressive or unfair or irrelevant questions) often shine, some even doing better than they might have thought themselves capable of. By contrast, when a committee deems a candidate to be fragile and projects that onto that candidate, they can rob the candidate of an opportunity to fully showcase their intellectual prowess, range and mettle.

Maya was bombarded with inane questions about gender. The men were not bombarded with questions about how they would dismantle patriarchy or whether the country is ready for more male dominance. So, while the intentions were good, the JSC condescended to Maya even when she rightly insisted that she is not good because she is a woman but that she is objectively good at her job and happens to also be a woman. The balance that was not struck was one between deep recognition of the genuine transformative and symbolic power of the next chief justice being a woman, and simultaneously role-modelling the importance of not essentialising gender by seeing beyond Maya’s gender, to seeing how she exhibits the criteria against which she was being judged for the core functions of the job.

Maya is brilliant, full-stop. She is also a brilliant woman.

If we put it more casually, the truth is that many smart, progressive citizens who watched the interviews this week will endorse the JSC’s recommendation, but if you asked them for a pithy five-minute summary on her legal philosophy they would not be able to give much of an answer. This is not Maya’s fault. This is the fault of a JSC that does not do its job properly. It also then sets citizens up for shallow gender politics because many of us will now merely celebrate her gender rather than both celebrating what she has overcome and inscribing into the public space a fuller story of her actual job-related excellence.

For that matter, the same procedural weaknesses crept into the other interviews. At one stage during the interview of acting chief justice Raymond Zondo, for example, commissioners Julius Malema and Ronald Lamola were shouting at each other like children vying for leadership positions in the ANC Youth League. It was gigantically embarrassing, the one man being a leader of an important political party and the other a whole justice minister.  Poor Zondo looked like a deer caught in headlights. For a moment he seemed unsure whether he is acting as a legal adjudicator (or childminder) or an interviewee for the top job within the judiciary.

The problem with several of these commissioners is that they speechify too much because they think the public spotlight is a chance to advance their own political agendas, rather than strictly focusing on hygienic interview processes with the narrow but precise aim of judging candidates against agreed criteria for the vacancy. Some commissioners never bother asking themselves: “How, if at all, will an answer to the question I am about to pose solicit information that will help our committee decide whether or not to recommend this candidate for the top job?” Narcissism and politicking are more prevalent than a commitment to consistency, fairness and nexus questions related to the job specs.

I don’t entirely agree with analysts who argue that there should be no political representation on the JSC. That is a coherent view and one that should be taken seriously. It is not mine. The constitution is a value-laden legal text. Constitutional interpretation is a value-laden enterprise. As much as some legal scholars pretend otherwise, the application of the law to the facts does not happen mechanically, somehow divorced from the personal, intellectual and political biographies of judicial officers. The US is a popular example of a country with a politically perverted process of appointing supreme court judges. The wrong conclusion to draw from that case study is that legal adjudication is merely technocratic and wholly apolitical, and that therefore politics should not feature in debates about and processes of judicial appointments.

Society at large should have a say in these processes. Whether it is through party political representation on the JSC is a separate matter, of course. The real problem is a simpler one: commissioners, whether from political parties, the academy or professional bodies, should take the ethical demands of their job seriously, and stop behaving like petulant children with underdeveloped egos. It is possible to have political and ethical convictions as a commissioner and still fulfil your role dispassionately, even while asking some questions that are slanted ideologically. The chair of the JSC, in that regard, is crucial, because they need to oversee the processes in an authoritative manner, ensuring that there is total agreement and buy-in from commissioners about tonality, lines of questioning, the functions of all questions, agreement on any standard questions, and so on, before interviews begin.

In this case, we can agree that Maya is a sound recommendation but only because of facts that were known before the JSC interview. The only illuminating part of her interview was when she spoke uninterrupted about her vision. The rest of the time, the JSC reduced her excellence to her gender with no appreciation for complex gender politics. Some were so bad that they even weaponised her gender when interviewing the male candidates. Maya is brilliant, full-stop. She is also a brilliant woman. She is fit and proper and a good choice for chief justice. But these conclusions do not emerge from the work of the JSC. They are facts we know despite the JSC being a hot mess. The JSC, unlike Maya, is not fit and proper.

— Eusebius McKaiser is a contributor and analyst to Sunday Times Daily and TimesLIVE.