Chasing the dopamine high of Wordle hi-fives? Try the word ...

A WORD IN THE HAND: WORDLE 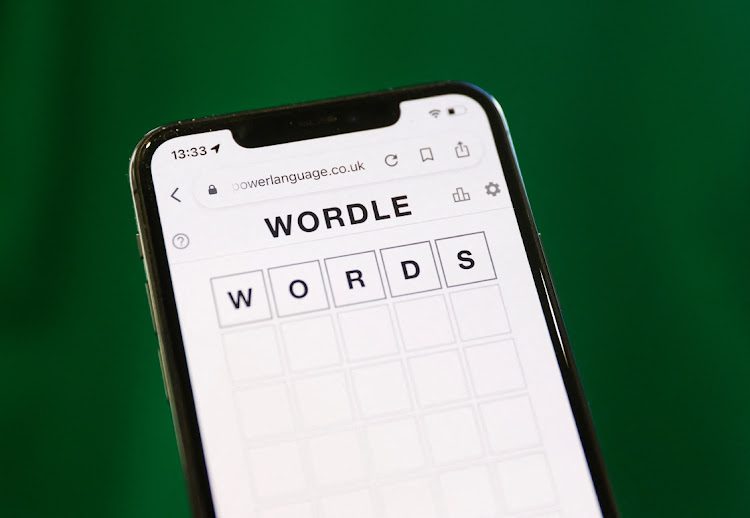 Those whose words prove worth claim zilch.

If it is possible, it would (five letters) take me the rest of the year to complete this feat, and by then the New York Times will probably have put Wordle behind a paywall, and no one who does not subscribe to the NYT will care a whit about words containing five letters.

I regret this succumbing to addiction only because I and many others like me may soon be forced to go cold turkey.

Based on my parentheses, you will recognise a pattern: there are not quite (five letters) as many five-letter words in the English language as one might’ve thought there were.

The Scrabble dictionary states that there are just under (five letters) 9,000 such words; other (five letters) dictionaries take this up to 158,000 words, but no publication has the guts to strenuously suggest the number of words that contain five mutually exclusive letters (because, in Wordle, no letter may be repeated in any winning word.).

That, however, is not the point. The point (five letters) is how in the hell did a simple word game like Wordle, created by New York City tech-head Josh Wardle to amuse (five letters) his word-loving wife, manage to capture the public imagination to such a degree that social media (five letters) platforms are now swamped with meaningless blocks of grey, mustard and green, posted by proud (five letters) Wordlers to indicate the degrees of success with which (five letters) the originators of these posts (five letters) met with in that particular day’s Wordle puzzle.

“Cares” is an acceptable five-letter Wordle word, but I’m going to stop doing that parenthetical thing now, partly because I’m concerned about my mental health but mostly because I wish I had not, in the past month, become so attuned to the counting of letters in words.

I regret this succumbing to addiction only because I and many others like me may soon be forced to go cold turkey.

Unless the owners of the New York Times suddenly forsake all capitalist principles and decide to amend their empire to run along socialist, charitable lines, Wordle may soon no longer be free to the likes (no, I’m not saying it … nope, not … won’t … oh, okay, if I must: “likes” is a five-letter word) of you and me.

Wordle has two, or maybe three, purposes. Its first function is to feed the competitive instinct of those who can’t play chess. Second, it gives one something that feels productive to do in the lacuna between the second cup of coffee and the necessary appearance on a Zoom call.

Third, and this observation is credited to Oxford University philosopher Jonny Thompson, who in an essay for the Big Think website this week noted that: “Wordle activates both the language and logic parts of our brain. Our brains enjoy puzzles because they represent a challenge or difficulty to overcome. For however frustrating a game might be, the dopamine reward we get as we beat or win the game is blissful.

“Most of the things that we do for pleasure, as well as all of our addictions, are simply for the want of dopamine. That is not to say that Wordle is the same as cocaine, but it certainly uses the same brain mechanisms. The dopamine hit of completing Wordle gives you pleasure, because dopamine is what it means to have pleasure.

“But even a lost game of Wordle makes you come back for more. The frustration needs to be satiated. Like some caged mouse desperately pushing a lever for ‘just one more’ hit, the defeated Wordle player needs to come back. Second, Wordle does not let you go home without a prize. Even if you lose, the answer gets revealed — which, if not as pleasant as winning, still gives you some sense of completion and satisfaction.”

I concur with Thompson, but I think there might be one thing he left out of his summation of Wordle’s addictiveness.

If you get the word in four tries, the app tells you that you are “splendid”. If you get it right in three, you are declared “impressive”.

These are comforting and edifying things to be told.

I don’t know what two tries gets you because I’ve never achieved that, but I can give you this evil tip: play Wordle on one device and, when you have the solution, switch to another device and get the word right first time.

Wordle will call you a genius, which is extremely satisfying.

“Genius” has six letters and therefore could never be a Wordle solution.

“Cheat”, on the other hand, works perfectly.

Domestic victory: SA amends Domestic Violence Act. This is what it means