The UK prime minister says he will look into the firm, the SA arm of which ‘helped capture Sars’. When is another story 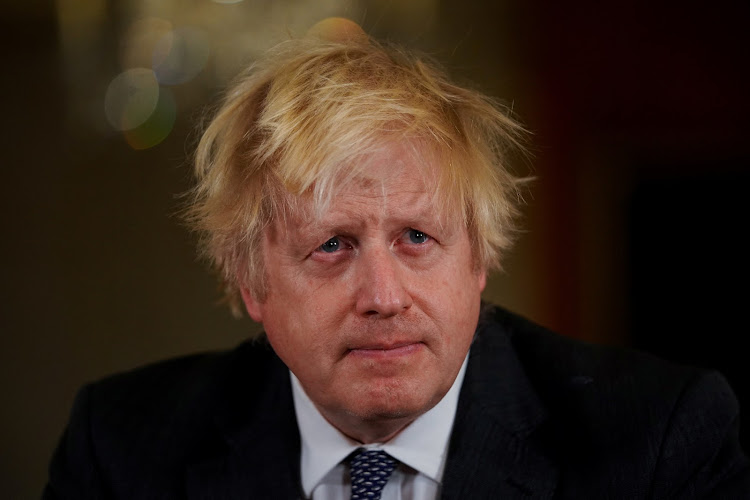 UK Prime Minister Boris Johnson has promised to “look into” the activities of Bain & Co, the consulting firm accused by the Zondo commission of helping to capture the SA Revenue Service (Sars). What follows is an exclusive draft of the letter sent by Downing Street to the UK offices of Bain an hour ago.

Let me start by saying how dreadfully sorry I am that I missed your and Zara’s brunch last week. I heard there was a nasty biting incident involving young Octavia and her new pony. I do hope the horse is recovering well.

Please also give my best to your dear father the next time you visit him in the cryo-basement. He was absolutely my favourite teacher and I still recall the jolly, sonorous noise his kneecaps would make when I and the other kindergarteners would tie him up behind the bicycle shed and beat his legs with cricket bats. Like two festive coconuts on some tropical island.

Speaking of distant tropical shores, I must now turn with great regret to the dreary business at hand.

I don’t know if you’ve ever met Peter Hain. I gather he was born in colonial Kenya to white South African parents, which meant there might have been some hope for him once of becoming a pukka chap, but he went all anti-fascist and do-goodery and then, even worse, moved to Wales. As I say, barely human, let alone the sort one might take fox hunting.

Well, this ghastly little man has got all worked up about some business you did down in South Africa a few years ago — something about greasing the wheels to allow the hasty export of some iffish wonga to Dubai — and he’s asked me to “look into” it, as if I’m some sort of tattletale and not the inheritor of all the greatest traditions of our glorious empire.

Of course, in an ideal world, at the first whisper of this nonsense I’d have sent a gunboat round the Cape to remind the blighters not to impugn the reputations of people with whom I brunch, but alas, doing so would not only make the liberal press go even further off its rocker (political correctness has run mad, I tell you, mad!), but it would also have to travel through French waters, and I’ve been assured by the Foreign Office that we can’t afford any escalation with the French or they might feel backed into a corner and start doing something genuinely destructive like exporting more of their cars and films.

As my youngest says whenever I tell him to stop trying to put his nanny into the wood-chipper, “O tempora, o mores”.

Chunky, you know I don’t hold with new-fangled cultural Marxist feminist postcolonial claptrap like regulations and laws and other such bilge, but in this instance I’m afraid I feel compelled to write, and not just because that beastly Hain fellow asked me to.

No, Chunky, I’m afraid you’ve crossed a line and I cannot let it go. So here goes.

Chunky, I and my government are appalled — appalled, I tell you — by what you’ve done.

It goes against everything you and I learned on the playing fields of Eton and in the fleshpots of Oxford.

You have committed the one, great, unforgivable crime. You have violated the fundamental moral code we took in with mother’s milk, by which I mean the powdered milk fed us by the Spanish nursemaids who raised us because our parents only arranged to see us four evenings a month.

Chunky, you got caught.

Even worse, you got caught by South Africans. My god, man. Do you know how bad their police are? Not their police minister, mind you. Berky Cheelee I think he’s called. Solid chap. Real Tory MP material. Thunderous rhetoric. Nice hats. Bugger-all ability. But the rest, Chunky! The rest!

I really do hate to be the head prefect here, but you have left me no choice.

I must censure you to the fullest extent that one chap can censure another. I don’t like to do it, Chunky, I really don’t. But I’m afraid I shan’t be able to come to drinks this evening.

I know. It hurts me too. But justice must be seen to be done. And we can always do tomorrow night.

Yours in these dark times,

‘Made in China’ growth model is a factory of tears