You want to ban books? Well, the Bible had better be top of your ...

You want to ban books? Well, the Bible had better be top of your list

Targeting books about sex, racism and gays is the height of hypocrisy if you cling to the holy scriptures 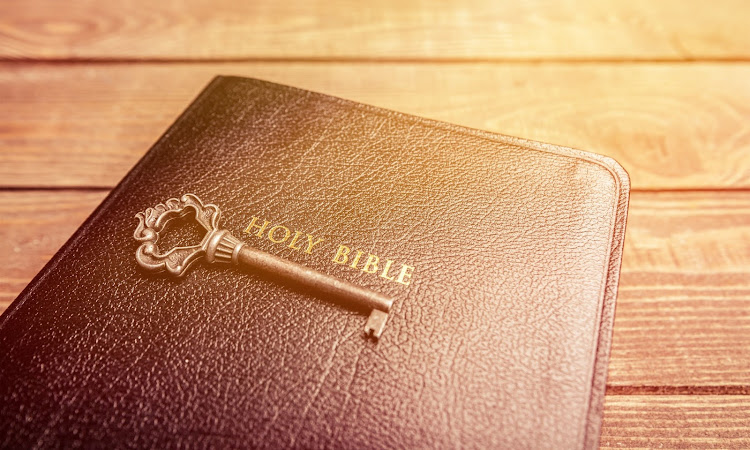 OH, THE HYPOCRISY The Bible is full of tales about rape and murder, but we don't ban it because it teaches us about ourselves, consoles, guides, corrects and encourages us, just like the books that are being banned in the US.
Image: 123RF/Oleg Dudko

There’s a whole lot of book banning going on across the US at the moment and it should scare anyone concerned about the education of children. Maus, a Pulitzer-prize winning graphic novel that tells a powerful story of the Holocaust, depicting Jews as mice and Nazis as cats, has been banned by a Tennessee school district because of curse words and a female mouse’s nudity. To Kill a Mockingbird, one of the best books of the 20th century, was dropped from a required reading list in a school in Seattle because of racism concerns. Also on the target list of mainly parent activism is Nobel laureate Toni Morrison’s The Bluest Eye and the brilliant account of slavery in Hannah Jones’s The 1619 Project. Any book that talks of sex, sexuality, racism and gays — the usual suspects — draws the ire of the Right.

To be sure, much of this madness is driven by America’s highly toxic partisan politics, always there, but inflamed by former president Donald Trump. Neo-Nazis have come out of the closet and the conservative right has found a wedge issue in cultural stock such as books. At the heart of this racist reawakening are the inevitable demographic shifts in the country, described as the browning of America. With that comes a felt loss of white privilege and place, a sense of racial entitlement lost. At the head of this movement is the Christian evangelical right, emboldened since the election of the first black president that Trump latched onto with his birther conspiracy — Barack Obama was not born in the US, a nonsense that brought the former president national attention and a growing following on his way to the White House. Obama was not even Christian, another lie that got feet. White evangelicals found their voice in the b(l)acklash led by Trump, and books are the latest target. Which got me thinking, by the standard of these Christians, the Bible should be on the chopping block.

First up, there are open accounts of sexual assault in the holy text. There is David’s rape of Bathsheba and his son Amnon’s rape of his half-sister. Right there in sacred writ. It was Jonadab who gave Amnon his wicked plan:

The next time you feel the urge to purge any book, consider the hypocrisy of clinging to the Bible.

“Go to bed and pretend to be ill ... When your father (King David) comes to see you, say to him: ‘I would like my sister Tamar to come and give me something to eat. Let her prepare the food in my sight so I may watch her and then eat it from her hand.’”

The beautiful virgin, Tamar, did his bidding and was raped screaming: “Don’t do this wicked thing!”

The Benjamites are saved from extinction through the mass rapes of women. Then there is Lot, a man who offers his two virgin daughters to the Sodomites to do as they please. It is the same man whose daughters get him drunk and force him to impregnate them, leading to the birth of children, the ancestors of the Moabites and the Ammonites. All there, in the Bible, alongside some eye-popping passages in Proverbs (5,6 and 7) which would stir the fleshly passions of any teenager coming into sexual awareness. Not for the pure.

It is also a book filled with horrific stories of murder (four chapters in, Cain kills his brother Abel), war and the wiping out of whole villages and tribes, such as the Canaanites. Of the Ammonites it is recorded that “they ripped open pregnant women to enlarge their territory”. Scholars speak of genocide when in Deuteronomy the Israelites are instructed “not to leave alive anything that breathes ... completely destroy them”.

Children are not off limits in the sometimes-gratuitous violence of the Bible. Imagine this. A group of boys jeer at a prophet called Elisha, calling him a baldhead. He curses them and at that point two she-bears come out of the woods and tear apart 42 of the boys. Not for the timid.

I have laid out ample grounds for the banning of the Bible in schools. Banned, by the standard of the Christian right at home and abroad. And yet it should not be. Whether you believe the Bible is the inspired word of God or one of the most important literary works of all time, you don’t ban this important text. Why not? Because it teaches us about ourselves, it consoles us, it guides us, it corrects us and it encourages us.

So, to my Christian brothers and sisters: the next time you feel the urge to purge any book, consider the hypocrisy of clinging to the Bible.