Don’t look for proof in puddings unless you can swallow age-old ...

A WORD IN THE HAND: PROOF 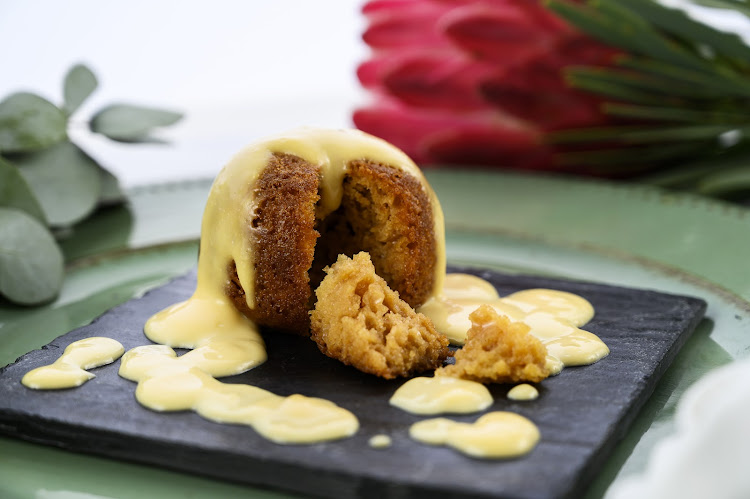 Proving one’s worth, be that as a journalist, a pudding, a politician or a hedgehog, is an onerous undertaking.

In what some folks weirdly call a “post-truth world”, how is it possible to prove the truth of a particular fact, no matter how robustly this truth might be backed up by peer-reviewed scientific research, when those who dispute “truth” and “proof” have only to say:  “Ah, but you’re ignoring the alternative ‘facts’.”

I don’t even want to go there, as my Generation-Z friends frequently say when not wanting to engage in conversation about, for instance, why it is embarrassing to live beyond 40 (rolling-eyes emoji here for anyone who has borne the brunt of similar youthful intolerance).

The word “proof” is an old and interesting one. Proof entered the English lexicon in about 1200, meaning “evidence and argumentation to establish the fact of something beyond reasonable doubt”.

The English words “proof” and “prove” owe their existence to the Old French prover, meaning “to convince” or “to put to the test”, which in turn comes from the Latin probare — “to make good” or “to demonstrate”.

“Proof of life” is a modern expression that is a sad indictment on modern criminality. Mostly it means something along the lines of sending a photograph — often with a copy of that day’s newspaper — of an abducted victim to those from whom the kidnappers hope to receive ransom. This might be a way for media houses to sell more newspapers, given the current rise in kidnappings, but it is also no guarantee of the abductee’s ultimate safety, as recent news events so tragically prove.

The dictionary definition of “proof” will be familiar to anyone who has watched television courtroom dramas, particularly those in which a jury has to be given enough proof by the prosecution to be convinced “beyond reasonable doubt” that the defendant is guilty.

But there is a lot more to proof as a word than the machinations of legal systems. Proof’s subsidiary meaning — impenetrable — has lent itself to compound words such as fireproof, rustproof, waterproof and foolproof. There are undoubtedly provable examples of the first three, but I’m probably not the only one who doubts the existence of a fully idiot-proof anything.

The Online Etymology Dictionary pays scant attention to that old phrase “the proof of the pudding is in the eating”. It notes merely that this expression has in recent centuries been perverted to “the proof is in the pudding”.

The proof is not in the pudding but in the eating of it.

I try my best to be an evolving and tolerant individual, but this perversion of proofs and puddings makes me petulant.

The original proverb, “the proof of the pudding is in the eating” dates back to the 1400s. Literally, it means that you have to experience something in order to know whether the claims made about it are true.

If someone tells you a pudding is delicious, the only way to test this assertion is by putting a spoonful of said pudding in your mouth. The proof is not in the pudding but in the eating of it. Put it this way: if your grandmother makes you a boiled egg, you can’t tell her how good (or bad) the egg is until you swallow some of it.

One should never argue with Ouma. “Don’t teach your grandma to suck eggs” is a proverb we don’t hear much anymore. It confused me as a child — every time I tried to fit a raw egg in my mouth it broke, which was a bit revolting.

The phrase first appears in an English translation of Comical Works by Spanish author Francisco de Quevedo in 1707, but no one is quite sure why the egg-sucking trend began in Spain. It refers to the dying art of pricking an egg at both ends with a pin and sucking out the contents. The empty shell would then be painted as a decoration.

This is what people did before text messages, and grandmothers were top egg suckers.

The meaning of the proverb is that we shouldn’t pretend to know better than our elders. A Punch cartoon from the late 1800s has a child saying: “You see, Grandmama, before you extract the contents of this bird’s egg by suction, you must make an incision at one extremity, and a corresponding orifice at the other.” Grandma replies: “Dearie me! And we used to just make a hole at each end.”

Eggs and grandmothers aside, the proof of whatever it is you seek proven is not in the pudding. Any claim you wish to make about said pudding cannot reasonably or incontrovertibly be proved until you and enough of a sample population have in fact eaten the pudding.

I repeat, in case anyone isn’t paying attention: the proof is not IN the pudding; the proof is in the EATING of the pudding. Put that on your spoon and swallow it, anti-vaxxers.

‘She was treated appallingly’: woman gets R1m for wrongful arrest from hell

Judge Proteas captain Bavuma on his ability, not skin colour