Recent poll’s turnout shows we have lost faith in our leaders. It’s up to individuals to try to make a difference 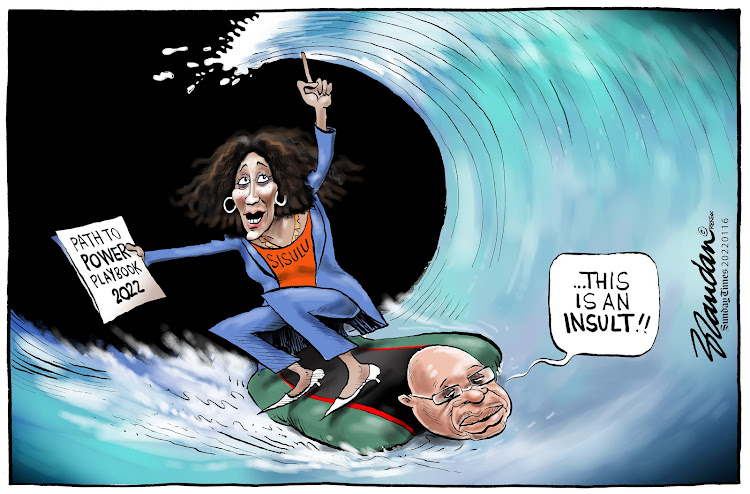 Last week, SA’s news and social media platforms, veteran politicians, ministers and even the presidency were preoccupied with responding to a gratuitous attack on the constitution by tourism minister Lindiwe Sisulu.

I call it an “attack” because considered debate avoids gratuitous insults and dishonest presentation of the facts or context. Both existed in the initial provocation.

Twitter descended into the usual combination of thoughtful input by some and more gratuitous insults by others. As always, it tends to become a screaming match that has no resolution. However, I take my hat off to those who took time to have considered debate on the matter. SA is richer for it.

I am not going to delve into this matter after so many have spoken so eloquently on it, and without insulting anyone. It is unlikely to be the first episode or the last.

Many South Africans simply do not believe the police are willing to solve crime or capable of doing so. Instead, criminal elements at all levels of society are bending the national moral fabric to their will.

These figures are the last published by Stats SA at the end of the third quarter of 2021. Full-year unemployment figures will be published during this quarter, but they are unlikely to be very different.

In yet another universe where there are critically important issues with serious day-to-day implications, acting chief Justice Zondo presented the first of three volumes of the commission of inquiry into state capture report to President Cyril Ramaphosa. The president immediately released the report to the public, revealing the extent of the corruption and destruction of state institutions that took place under former president Jacob Zuma.

Today, many South Africans wonder why so many corruption suspects are still roaming free instead of facing criminal charges. The answer is that the NPA and police investigating capacity were relentlessly decimated during the same period. The political will to reform them has been lacking, with many of the subversive characters who carried out the destruction still in their positions.

No, this is not just about prosecuting politically sponsored corruption. Such a situation explains why the Steinhoff scandal remains a common symbol of a country where there is no accountability. It also results in incidents such as the kidnapping of the Moti brothers without anybody being arrested.

Many South Africans simply do not believe the police are willing to solve crime or capable of doing so. Instead, criminal elements at all levels of society are bending the national moral fabric to their will. They still gain broad political capital because the body politic itself is corrupt. Some even dabble in politics and get elected.

There are many other instances we can talk about that affect the daily lives of suffering and barely surviving South Africans. Those who don’t have jobs are worried they may never find employment. Those who have jobs live in constant fear of losing them.

So what point am I making? I am making three points.

The first is that SA’s political elites and their supporters are excellent at creating diversions that are seemingly important but are not. The drama created by Sisulu’s articles last week is a case in point. It managed to get many people to take their eyes off the ball and emotionally and verbally engage in a debate that should, frankly, not be a debate at all. There will be more diversions in future, especially this year when the ANC is holding its elective conference.

One of our collective challenges this year will be to learn how to spot these diversions and devote very little energy to them. Our problems are too serious for us to spend so much time on distractions that will take us nowhere.

Second, we must recognise that we do not have solutions to our most serious problems. Part of the reason is that our political culture, political institutions and leadership are extremely weak and do not have the capability to imagine new solutions into existence. Were they able to, they would long have done so.

Instead, we continue to see chaotic scenes in metros and municipalities across the country. Grown-ups behave like drunk adolescents, disrupt their own meetings in a violent manner and hold the business of governing to ransom. In a country with so many problems that result in people going to bed hungry and hopeless, such behaviour is criminal.

A lesson to take away from this is that we are on our own. Millions did not vote in the recent local government elections because they had lost faith in our political system and leaders. They didn’t think it would change anything, and they were correct.

The third point is that we can and must make different choices. SA has a depth of talent and skills that is the envy of many countries. If many more of us choose to take charge of our country’s destiny and do whatever is necessary in a democracy to get it back on track, then we can have hope.

Having been a commentator, author (I still am) and journalist, I am sick and tired of being depressed by a learned sense of helplessness. It occurred to me many years ago that no one died and left irrevocable instructions that South African citizens must depend entirely on their existing stock of leaders and their cronies for a better future.

In fact, it is irresponsible to do nothing about our own circumstances. In my isiXhosa language, there is a term called ubuxelegu, which means a habit of living around filth without doing anything about it. That is why many people, even if they are extremely poor, will ensure that their dwelling is neat. It is less about what visitors will say, and more about their own sense of dignity.

It is also a term used to describe people who do not take care of their own affairs, such as deadbeat dads, of which we have too many. People who bring dishonour to their communities and families are referred to in similar language.

By giving away our obligation to own every aspect of our country’s future, and instead choosing to be ambivalent about an environment of suffering, we are choosing ubuxelegu. People who care about themselves, their environment and others restore their own dignity and that of others. We must choose to do the same.

Personally, I have chosen to do just that. The Rivonia Circle, of which I am the chair, is a small non-profit effort by myself and a few others to imagine different solutions for our country. We will also be joined by many ordinary South Africans who choose to imagine a different future and pursue change in their spheres of influence and work.

I will be writing an essay for Sunday Times Daily every other week. My intention is to only mention problems in so far as I need to provide context to the solutions I will propose. I choose to not be distracted by people who have long sat at the top table of South African society and politics, and casually observed the country degenerate into an almost failed state that cannot even keep the lights on.

For the record, I am inspired by our constitution. It sets horizons we have not even begun to reach, and those of us who care about our country must get off the sidelines and get involved with the work of creating a more just society.

Songezo Zibi is the chair of the Rivonia Circle.

Be grateful, SA. Ministers like Sisulu show how far the ANC has fallen