Why did we stray from the path and on to the sidewalk? Is it ...

A WORD IN THE HAND: SIDEWALK

Why did we stray from the path and on to the sidewalk? Is it even paved? 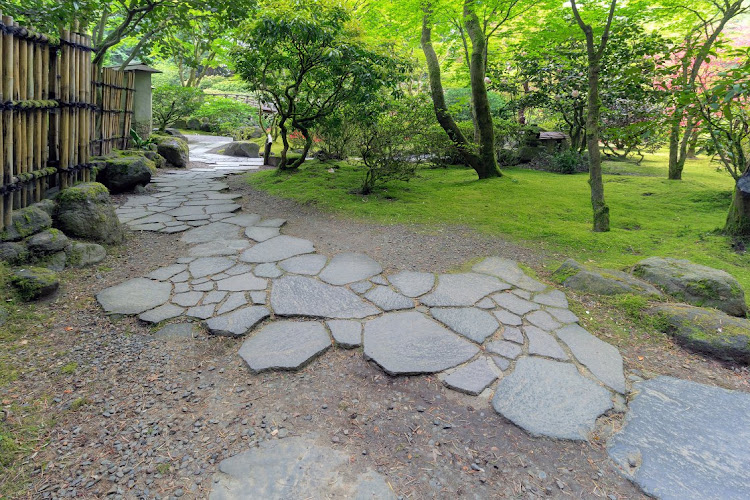 It used to be that South Africans leaned towards “the Queen’s English” in debates about American versus British spellings and expressions.

That has changed, perhaps due to the pervasiveness of Americanisms in popular culture and on social media.

Words and phrases once confined to the other side of “the pond”, as the British refer to the Atlantic Ocean, have seeped off the sidewalk and spread all over the global road, including to our parts.

Recently, I heard a young South African talking about a sidewalk instead of a pavement, which is what we’ve always called the footpath next to a road in SA (not that all our roads have such luxuries; not by a long stretch).

Pavement is a fairly old word, as it happens. The Online Etymology Dictionary says it entered English in about 1250, derived from the Old French pavement (pronounced “par-veh-mon”, I imagine), which in turn came from the Latin pavimentum, meaning a hard floor, or any surface that was beaten until it became firm and even.

The OED says the fight between the Brits and the Americans about which is the better word began in about 1902, so we’re on well-trodden ground here.

Pavement at first referred to a paved avenue, but after a few centuries it stepped out of the way of moving chariots and stuck to the side of the road, where people on foot could perambulate safely without being run over.

The pavement had ensconced itself as a footpath way before North Americans began referring to sidewalks, which started in the 18th century.

The OED says the fight between the Brits and the Americans about which is the better word began in about 1902, so we’re on well-trodden ground here.

Just because one word is older than the other doesn’t necessarily mean it is the better word, but that won’t stop people from arguing about it.

English comedian Michael McIntyre has a wonderful sketch in which he explains the logic of sidewalk, using it as an example of how Americans have had to change English “to make them understand it more”.

McIntyre has thought this through and concludes that “they couldn’t work with pavement, so they changed it to sidewalk. They needed more information; they needed to know where they would be walking so they wouldn’t get run over.”

My Canadian friend was thoroughly flummoxed when she first heard about pavements in SA. “For us, pavement is the surface of the road,” she said, backing up McIntyre’s theory that before the word “sidewalk” came into being, people who equated it with any old part of the road kept being hit by cars.

It is true that since 1878 pavement has also referred to the material (mainly concrete or slabs of stone) from which pavements themselves are constructed, but using “pavement” to describe the surface of that part of the road on which vehicles travel does not hold water, if you ask me. Since the Romans constructed the Via Appia in about 312BCE (they made good roads, the Romans), very few highways and tributaries have been made from slabs of flat paving. The only way this argument would work would be if the modern word for pavement was “tarment”.

This was their exchange on the subject of pavement or sidewalk:

Martinique: Pavement doesn’t make sense. Why would we call something what it’s made out of? With that logic, we should just call humans atoms and pasta wheat. Sidewalk is basically the side of the road where you can walk. Simple!

Tom: Pavement refers to the paved area of the road that’s designed exclusively for pedestrians. It’s taken from the Latin pavimentum, which means “trodden down floor”, Trodden on because it’s for pedestrians. Makes sense, no?

A Californian construction company called Epic Paving has a somewhat different view. Their website, in attempt to parse the difference between these two words, claims that “a sidewalk does not necessarily need to be paved. In fact, it can be grassy, sandy, lined with stones and pebbles, or just be some long-forgotten trail. Typically, the sidewalk is near structures like homes, stores, and apartment buildings. They are often next to a street and will provide a safe place for pedestrians on foot and on bicycle to travel.”

Many pedestrians might blanch at the thought of cyclists on the sidewalk, but let’s park that incendiary thought and turn to Epic Paving’s definition of pavement.

While agreeing that this “can possibly refer to the sidewalk”, they say “the pavement really just refers to a paved area. For example, a parking lot, road, or driveway. Typically, the pavement is made of materials like asphalt or concrete, not a grassy area. The pavement is always covered by a material.”

That’s about as useful to the man in the street as a road with no shoulders, if you ask me, but it’s fun to get sidetracked by such mundane concerns. It’s also a useful way to sidestep the sideshow that is Lindiwe Sisulu.

‘My post about Sadtu teachers was offensive and classist’: MEC’s adviser