Sisulu’s attack on the judiciary is a blatant personal advert

Sisulu’s attack on the judiciary is a blatant personal advert 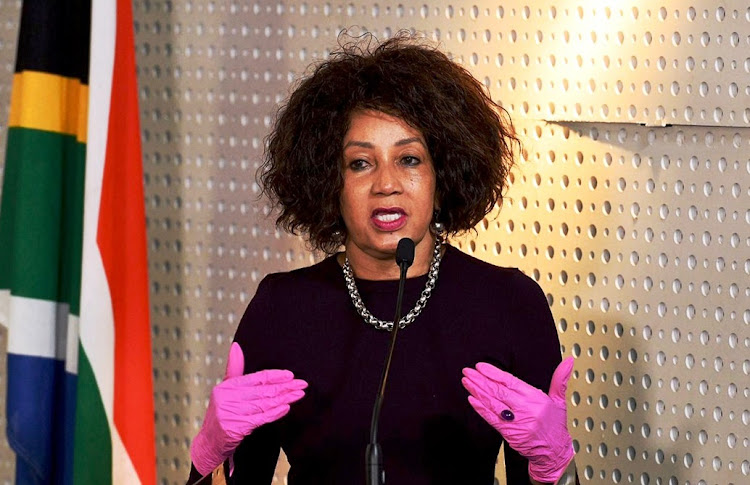 WELL TIMED Minister of tourism Lindiwe Sisulu's attack on the judiciary can be seen as a calculated political move.
Image: GCIS

The most passionate readers and pundits did their best to sound excited about the first volume of the Zondo report, but the novelisations of films are always laborious, and when we all know the ending (spoiler alert: the heroes get fired or flee into exile, and the villains flog their new book in the parking lot outside McDonald’s) it’s hard to get worked up about the second and third instalments.

Perhaps the problem was all the carefully planned distractions, like the burning of the Reichst … sorry, I mean, the fire at parliament, or the latest masterclass in hypocrisy by Lindiwe Sisulu, who, having spent almost 30 years getting extremely rich as an embedded member of a supremely incompetent government, on Friday published an op-ed in which she denounced the caviar-fuelled excesses of said government, libelled the judiciary that’s kept the country afloat, and bemoaned the plight of the poor she’s actively helped make poorer.

It’s easy to see Ramaphosa as the lamest of ducks, a comically pathetic figure being rushed out of the room by his security detail every time the lights go out or someone coughs into their elbow.

It’s also possible that my own response to the release of Part One was muted by the sort of defensive cynicism so many of us have cultivated out of necessity. Indeed, as I read some of the findings and recommendations (bless!), I found myself wondering if the vast scope and relative haste of the commission has provided defence teams with procedural loopholes through which their clients might gambol in the future.

The sense of entropy, however, feels more real and comes from living in a country entirely paralysed by the ANC as at stares stupidly at its great unsolvable equation, namely, that if the party is to survive it must break up patronage networks and send corrupt leaders to prison, but if it breaks up patronage networks and sends corrupt leaders to prison it will disintegrate and die.

All of which is why I don’t blame anyone for feeling that we’re going to grow old watching the same clowns squirt the same water out of the same plastic flowers until we die: Sisulu using the occasion of her 105th birthday to announce her 17th presidential bid; Fikile Mbalula, kept alive in a vat of nutrient jelly, announcing in 2089 that he has heard of an exciting new form of public transport called “trains”; the eighth Zondo Commission, chaired by Raymond’s great-granddaughter, asking why the recommendations of the seventh commission to investigate why the recommendations of the sixth commission weren’t acted upon, haven’t been acted upon …

Going purely by our recent past, our immediate future might easily look like a line of shabby Russian dolls brought home from the hospital gift shop by David Mabuza, each slightly smaller and more crudely painted than the last, each containing just another hollow promise of another hollow promise.

But we won’t go on like this, because we can’t.

At the weekend, journalist and data visualisation expert Alistair Otter tweeted a graph plotting SA’s minimum wage against the cost of a basket of 44 household items “typically bought by a low-income household of seven members in a month”.

At the start of 2019, the minimum wage line was fractionally above the basket of groceries, meaning that that this household could, at least in theory, get through the month with a couple of hundred rand left over for other expenses.

By January 2020, the two lines were crossing, wiping out that already desperately small cushion, but still staying more or less parallel.

By this time a year ago, however, the two lines had lurched apart, with the cost of that basket of essentials soaring out of reach of the minimum wage.

Poor South Africans are deep underwater – much deeper than they were when Ramaphosa become president – and there is simply no more time to do nothing or to repeat the old cargo cult rituals for the umpteenth time.

If Ramaphosa is recalled at December’s elective conference, the country is over. But even if he wins a second term, major change is coming to SA. The only question is whether Ramaphosa has the will and the political backing to take control of that change and have it play out on his terms, or whether he – and all of us – will have terms dictated to us by the sort of forces that usually set the agenda in countries that have finally collapsed under the weight of poverty and corruption.

It all sounds pretty grim, and it’s easy to see Ramaphosa as the lamest of ducks, a comically pathetic figure being rushed out of the room by his security detail every time the lights go out or someone coughs into their elbow.

But I can’t help wondering if the increasingly twitchy behaviour of his handlers, and all those burnt buildings, might be a sign not of a weak president letting a country drift towards anarchy but rather a weak president nevertheless leaning on his enemies hard enough that, for the first time, they feel threatened enough to lash out violently.

Sisulu’s op-ed was described by pundits as an attack on SA’s constitution. It was. But it was also a sales pitch; a desperate cold call from a discredited politician in danger of losing the sheltered employment she’s enjoyed for three decades, flinging her revolutionary CV at the only other people who’ll employ her once she’d nudged out into the cold.

So let us wish Zondo well as he collates volumes two and three. Here’s to truth, small moves, and functioning sprinkler systems.