ANC supporters sent the message loud and clear to the governing party: no more promises, please, we demand action 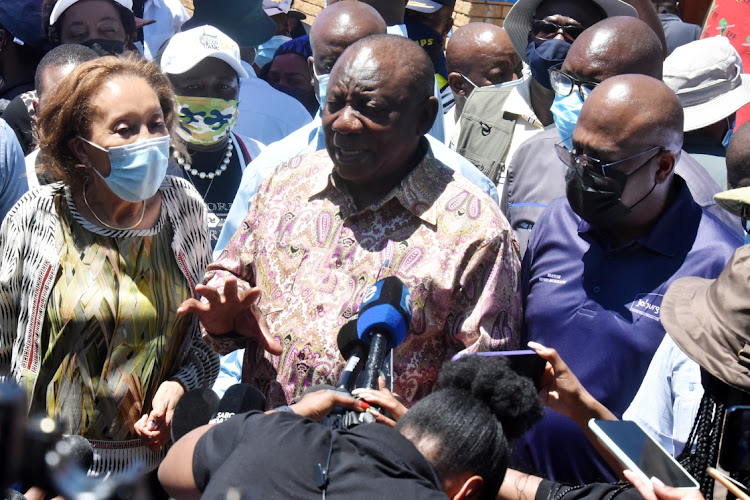 In its cover piece this week marking a year since Joe Biden was elected US president after a hard-fought campaign, The Economist asks a question that sums up the 46th American president’s spectacular fall in the popularity stakes: where has it all gone wrong?

Last November, Biden’s supporters were celebrating the fact that he had defeated Donald Trump in the presidential race after winning more votes than any other US presidential candidate in history. Yet in just 12 months his approval ratings have dipped so sharply that the prestigious news magazine reports that at this point “in a first term, only Trump was more unpopular”.

The broad political front of Democrats Biden rallied behind his campaign as he took on Trump has collapsed into factions that are making it hard for him to deliver on some of his promises.

Political commentators are predicting an electoral calamity for the Democratic Party in next year’s congressional polls. Some doubt Biden himself will get a second term in the White House.

The Economist’s question this week is applicable to another head of state, thousands of kilometres from Washington DC.

President Cyril Ramaphosa and his inner circle must have been asking themselves where it all went wrong, watching in horror this week as municipalities that were once regarded as strongholds of the governing ANC tumbled out of the party’s control.

It is the ANC’s worst electoral performance ever. Not even Jacob Zuma — by far the least popular of the presidents the party has had since democracy came to SA — had Ramaphosa’s dubious honour of securing less than 50% of the national vote in an election.

Indeed, there is a direct link between the ANC’s consistent decline in electoral fortunes over the past decade and Zuma’s tumultuous tenure as both the head of state and head of the party.

Even though Zuma was forced out of office in 2018, the massive corruption that took place on his watch has hogged the headlines for most of the almost four years Ramaphosa has spent in office, due to deputy chief justice Raymond Zondo’s ongoing probe into state capture.

It is also true that much of the punishment the electorate inflicted on the governing party in Monday’s polls had to do with the public’s general dissatisfaction with poor levels of service delivery as well as high rates of corruption in many of the ANC-run municipalities.

The mood, however, had completely changed by 2021

But we can’t escape the fact that Monday’s elections were also a public appraisal of Ramaphosa’s performance in office so far.

Aware that a great number of municipalities under its control did not have a good story to tell — to borrow from a party election slogan of a few years ago — the ANC’s strategy in this election centred on its president, whose individual popularity they hoped would help stop the downward spiral.

The strategy had been a moderate success in the 2019 general elections, where the party won 57% of the vote when many pundits were expecting it to fall below the 50% threshold. Ramaphosa’s popularity was also credited for the ANC keeping control of Gauteng when the expectation was that it was going to have to find coalition partners to do so.

But the 2019 elections were in the early days of Ramaphosa's presidency. Ramaphoria ruled the day as many voters, even those who did not support the ANC, were grateful they had been rescued from the ruinous Zuma-Gupta incumbency. Voters were prepared to cut the president and his party some slack.

The mood, however, had completely changed by 2021. Blaming the government’s failings purely on the Zuma years just would not cut it. Not when the personal protective equipment  corruption scandal happened on Ramaphosa’s watch and implicated, among others, people politically associated with the president and “his faction” in the ANC.

The public had grown tired of chronic blackouts being blamed on the Gupta minions who had nearly collapsed Eskom in the past, when the parastatal was now under the control of a Ramaphosa-appointed board and executive as well the political supervision of one of the president’s trusted allies in the cabinet.

Scepticism about the ANC’s “renewal” had set in, helped mainly by the messy manner in which the party handled the “step aside” debate, as well as the Digital Vibes corruption scandal implicating Ramaphosa’s best-performing minister and possible successor.

A day before the elections on Monday, the New York Times published an article with a headline that asked if Ramaphosa could “save South Africa’s liberation party”.

But by the end of the voting day, as figures showed that the vast majority of registered voters had stayed away from the polls, it was clear that not even he could save the ANC from its downward spiral.

He had worked hard in a bid to reverse it, no doubt, travelling the length and breadth of the country on a charm offensive. He drew in the crowds all right, though they were comparatively small due to the Covid-19 pandemic. But the crowds were not always happy with his message.

The crowds were not always happy with his message

A section of the crowd booed him when he addressed a mini-rally in Soweto, in protest against the non-availability of consistent electricity in the area. In Ekurhuleni he lost his cool, telling a member of the audience “thula wena” as she loudly spoke back in disagreement after he had praised the work of the local metro council.

His election roadshow also exposed what his critics see as his soft underbelly: he is long on promises that leave the listener feeling good, but short on making sure that delivery happens.

When residents confronted him about their electricity troubles in his old neighbourhood of Chiawelo, Soweto, he promised their problems would be resolved within days. A couple of days later many of these residents were complaining that they had either not heard from the officials he said would be sent to the area or that those officials who did come were not much help.

This has been a recurring complaint, even from organised business, which says the president and his government make all the right noises about the structural reforms needed to get the economy kicking again but that this is not followed by much action. 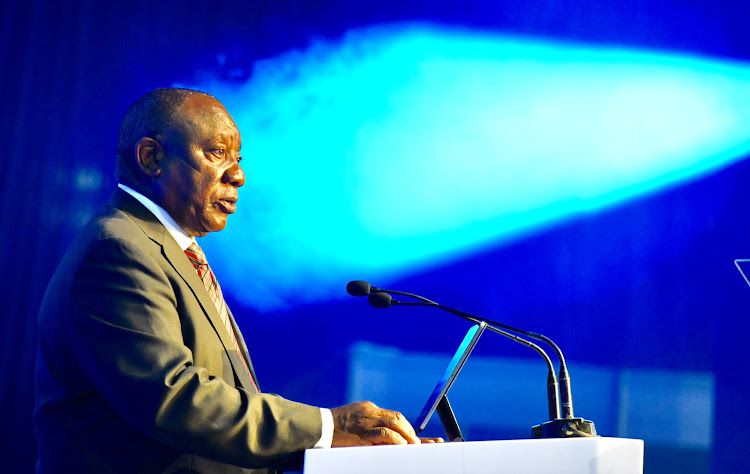 President Cyril Ramaphosa speaks at the official announcement of the 2021 local government election results, where he called on parties to work together.
Image: GCIS

Due to his unique experience of having served in the trade union movement, politics and business — as well as his reputation as a skilled negotiator — there was an expectation that Ramaphosa would be the president who finally got SA agreeing on a new social compact that would lead to economic growth, rising employment and a reduction in inequality and poverty.

Unlike his predecessors, he ran for office already armed with an economic blueprint, which he called a “New Deal”. He was going to use it as a basis to negotiate this new social affect.

But four years after his victory at Nasrec, where he  became ANC president, very little has been done to chart a new deal for a country that has a soaring rate of unemployment and is the most unequal society in the world.

It is fair to say that much of Ramaphosa’s presidency has been hampered by the Covid-19 pandemic, but its greatest failing has been his reluctance to take decisive action even in instances where waiting and consulting widely did not make sense.

His anti-corruption crusade, for instance, is often undermined by his refusal to use his presidential prerogative to fire members of his cabinet accused of corruption, even though they may not have been formally charged.

It is hard for a voter to take seriously the ANC’s “step aside” rule, which eventually forced party secretary-general — and Ramaphosa foe — Ace Magashule into the wilderness,  when the president keeps in government two deputy ministers who waffled their way through their appearances before the Zondo commission in the face of serious allegations.

The outcome of Monday’s polls, where most voters, especially ANC voters, decided to stay away, should be a message to the president that he simply has not done enough to demonstrate that his party is in a process of renewal and that the country has entered a “New Dawn”.

Continuing on the same path can only spell trouble for him and his party.

The knives are out already for him, with Zuma and his supporters eager to use the ANC’s poor showing at the polls to renew their fightback campaign.

What could work in Ramaphosa’s favour is that there does not seem to be a credible candidate confident enough to stand against him at the party conference next year, knowing that this would further divide the party barely 18 months before a general election in which the ANC will be engaged in a life and death battle.

If he is to survive the next ANC conference and have a fighting chance of winning enough votes in 2024 to continue as president without needing coalition partners, Ramaphosa will have to rely less on his charm and start taking decisive steps to set both the country and his party on a new path.

What the voters told him, through staying away, is that he has not lived up to the promise.