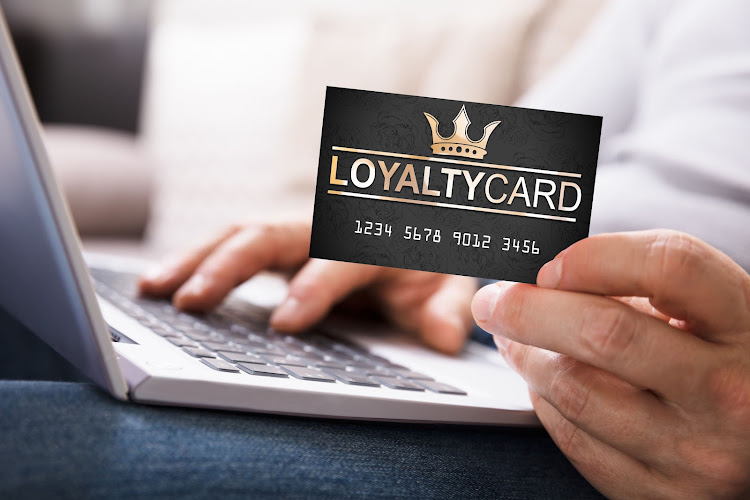 The author writes that no one can keep their personal data secret in a world where all our decisions are tracked.
Image: 123RF/Andrey Popov

Going to the supermarket used to be an exercise fraught with angst. Not because I feared exposure to the coronavirus (although, that too) but because of the dreaded Moment of Judgment.

The fear began as soon as I joined a queue to pay. I'd shift anxiously from foot to foot, trying not to make eye contact with anyone. It increased in intensity as I neared the till. My hands would tremble as I unloaded items onto the conveyor belt. By the time the teller swung the card machine around I'd be sweating in mortal terror at what I knew she (or he) would ask:

"Do you have a Smart Shopper card?"

The answer, obviously, was no. And this is what caused the paralysing anxiety. How to say no?

"I don't have it with me today" resulted in a disbelieving eye-roll. An attempt at humour - "No, because I'm a stupid shopper" - caused an even more pronounced eye-roll (like tellers haven't heard that a thousand times before).

Once, I tried to explain my real reason for not joining the loyalty programme. "I don't want to be a statistic of big data," I said. "I don't want to be at the mercy of algorithms and marketing campaigns that invade my privacy and track my preferences every time I buy mustard - and anyway, why does anyone need to know how much mustard I buy?"

This attempt at honesty resulted in an eye-roll so dramatic I feared someone might have to gently thwack the back of the beleaguered teller's head to return her eyes to their rightful position.

Thenceforth I stuck to "Sorry, I don't have one", trying to cool the heat of my shame by brightly whipping out fabric receptacles from my handbag and triumphantly exclaiming: "But I have my own bags!"

Last week, however, matters were taken out of my lazy, privileged, moronic hands. The kindly woman packing my groceries looked up in puzzlement when I shamefacedly confessed, "no, I don't have a card".

"That's ridiculous," she said with a smile. She produced a cardboard folder from under the till, detached a card and swiped it before you could say "lazy, privileged moron". Handing me the card and the folder, she explained slowly and patiently, as one would to a lazy, privileged moron: "This is your card. You swipe it when you shop and you get discount points. On the folder it tells you how to register online."

I muttered my thanks and slipped the magic token in my purse.

It is difficult to explain to anyone with a bag full of loyalty cards what a load has been lifted from my shoulders. The next time I shopped, I proudly proffered the card and was a little disappointed when I did not receive a standing ovation, or at the very least some loud applause.

I realised then that having a card did not make me special. It made me normal, and sensible. The lunacy of my futile gesture of rebellion was revealed. No one can keep their personal data secret, not when we have bank cards and make online purchases and exist in a world where, whether we like it or not, all our decisions and movements are to some extent tracked and recorded.

Joining the ranks of card-carrying shoppers sparked another thought. If my reasons for not signing up to a free scheme that will save me money were ridiculous - and, incidentally, most loyalty programmes also allow one to donate discount points to feeding schemes for the needy - how much more ludicrous are the reasons for vaccine hesitancy?

Refusing to have a shopper card is not life-threatening. Refusing to get vaccinated puts you and all those around you in more danger. Now that really is a no-brainer.

After some odd choices, this year’s Nobel winner is deserving