A glimpse behind the scenes of the strangest four days in ...

Herman Mashaba reveals the secret moves that toppled the ANC in Gauteng metros, and taught the DA a measure of humility 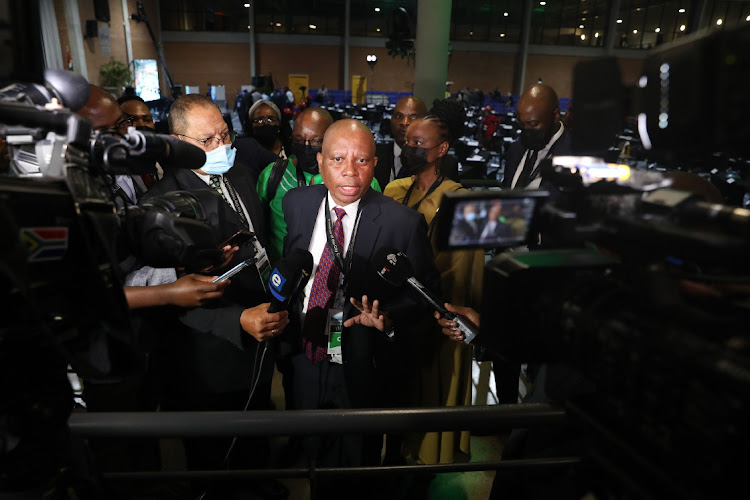 Nobody foresaw the ANC being removed from all Gauteng metros and the DA winning mayoralties in Tshwane, Johannesburg and Ekurhuleni. Certainly nobody thought it would be close in eThekwini, where the ANC has seemed immovable for so many years.

Those most caught unaware by  this outcome were in fact the ANC and DA.

How this unlikely outcome came to take place requires the telling of the story of the strangest four days in my short time in politics.

A multiparty coalition meeting is convened involving the DA, ActionSA, ACDP, UDM, FF+, COPE and the IFP at a hotel in Sandton. Coalition partners agree to support a DA mayoralty in Tshwane and an ActionSA mayoralty in Johannesburg — with the DA indicating that it cannot support such a decision without a Fedex (federal executive) amendment to its current stance.

An agreement is reached that the DA will take this position back to its Fedex to reconsider its position that the DA must have the mayoralty in municipalities where it is the largest party in a coalition.

A joint statement is developed, agreed to and issued to the media outlining the agreement, while affirming the commitment of all parties to remove the ANC from municipalities and requesting that parties be given space to conclude the arrangements without further communication. There is even discussion of a platform to drive multiparty collaboration beyond these elections to 2024.

A DA press conference is held in the morning; it communicates the DA’s position that it will not accommodate any arrangement that involves backing a mayoral candidate other than its own in Johannesburg.

The multiparty coalition is caught off-guard by this communication through the media. Discussions are held and a joint press statement is issued. It brands the DA’s conduct as putting coalitions at risk. It also invites the DA to return to the table in the interests of the residents of these municipalities.

ActionSA holds a series of internal leadership meetings in which three scenarios are hammered out.

Scenario 1: ActionSA puts forward mayoral candidates of its own. In Johannesburg enough support exists to beat the DA and proceed to a second round of voting, which will be a straight shoot-out between the ANC and ActionSA. It is unanimously agreed that the DA would abstain, rather than vote for me, and the municipality would fall to the ANC.

Scenario 2: ActionSA would not put forward mayoral candidates and would abstain from voting. The consequence of which is a DA mayoralty in Tshwane and ANC mayoralties in Johannesburg, Ekurhuleni and eThekwini. A walkout is discussed as well.

Many hours are spent debating these scenarios late into Sunday night.

On Monday morning, November 22, a conversation takes place with the EFF. It is agreed with them and some of the parties from the multiparty group to proceed with scenario 3. Ultimately it is the collective impact of these parties’ seats that gives scenario 3 the green light. The approach leaves most deeply frustrated that we must vote for DA mayoral candidates after the events of the prior few days.

With the knowledge that ActionSA’s approach would be bolstered by the numbers brought by the EFF and some multiparty coalition parties, the votes are now sufficient to keep the ANC out in Johannesburg, Tshwane and Ekurhuleni. It is clearly recognised that the approach achieves two critical objectives.

First, it keeps the ANC out of these municipalities. This is a commitment made by ActionSA since its formation. Any arrangement that was going to give municipalities to the ANC would have been an alienation of this commitment.

Being culpable in such a betrayal would also be blind to the electoral crushing the ANC took in these elections and the consequent opening of a road to the 2024 national elections for a multiparty platform. Depriving the ANC of tenders, patronage and cadre deployment is a certain way to starve the organisation of its lifeblood.

Second, the move puts the DA into the very situation it has spent weeks saying it will avoid at all costs — minority coalition governments without so much as an agreement in place with any party.

The DA will now have to assemble mayoral committees in the next two weeks, approve an adjustment budget in February and adopt an IDP (integrated development plan) and annual budget before July 1 2022. These budget approvals require a majority of elected councillors to approve them, otherwise the councils will be dissolved and fresh elections held.

The DA will need to negotiate in good faith, recognise that it needs the support of other parties and return to the table to finalise coalition arrangements in a short space of time. Essentially this approach achieved two things. It kept the ANC out and it kept the flame of multiparty coalitions burning so that parties could come together in an environment of mutual respect and humility.

Monday November 22 2021 — the day of the council meetings

ActionSA enters the council meetings having finalised its decision-making processes only minutes beforehand. Our reticence about supporting the DA finds comfort in its utter confusion as results that its leaders cannot understand begin to be returned. DA leaders in the back of council chambers are seen pacing around, yelling into phones in disbelief as speakers are beginning to be elected in places they never imagined possible.

The ANC is in disbelief too and has no idea what is going on. The initial confidence the party arrives with dissipates through the day as its leaders come to realise that their control of Gauteng metros is now just an unfortunate footnote in our history.

The DA holds a press conference in which it extends an olive branch to coalitions by communicating a newfound appreciation for coalition partners. Collegial terms are used, reference is made to generous and humble power-sharing arrangements and the notion of a resident-centric agenda is placed at the heart of the discussions to follow.

Multiparty coalition parties recognise the olive branch and receive it. Now is the time to capitalise on the ANC’s disastrous election results that have left the road to the 2024 national and provincial elections wide open. There is an opportunity not only for these coalitions to work in the best interests of residents but also to create the foundation of multiparty collaboration ahead of 2024.

All of this was achieved not by ActionSA alone, but by a collective of political parties that did what was right for the country and kept the ANC out of these municipalities, and my deepest appreciation goes to each of them.

These elections proved that voter education is critical to democracy