Wander into aline water and you’l make erras for eeras while ...

A WORD IN THE HAND: ERROR 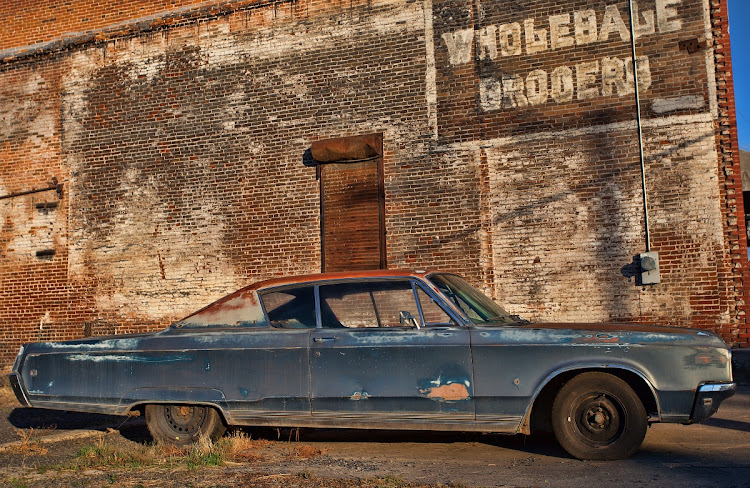 I'LL TAKE MY CHANCES Muphry’s law has it that if you criticise someone else's spelling mistakes, you are bound to make one.
Image: 123RF/gsagi

A certain Cape Town newspaper, which shall here remain unnamed, got more public attention than it usually does a week or so ago when its street posters proclaimed a “petrol price hike era”.

We do live in an era of petrol price hikes, but clearly what was meant here was “error”.

Misspelling “error” seems almost as risible as the miscalculation that sent people flocking to the pumps for petrol that was not, in fact, due to go up in price.

To be fair, eras and price hikes are not entirely unrelated. The Online Etymology Dictionary tells us that the Latin word aera, which became era in English, originally referred to counters used for calculation — in other words, money. The OED speculates that aera/era was first used in the sense of “a period of time” when the “aera Hispanica” began in 38BCE, allegedly dating to the imposition of taxes.

Since then we have had myriad eras, some of which have been erroneously calculated and many of which have contained a lot of wrongdoing.

The word “error” comes from the Latin meaning “to wander” or “to go astray”. At first confined to literal straying from an actual path, “err” soon became a verb for the making of figurative mistakes. In the 14th century, to err meant to give one’s attention to a false or heretical belief, and even up to the 1700s, erring meant the “difference between observed value and true value”.

In this sense, you could say we still firmly live in an era of errors, though now, of course, the word error can describe anything from putting pineapple on a pizza to inserting an apostrophe in the plural pizza’s.

If the owner had refused to admit this and instead held numerous press conferences to insist that era was the right way to spell error and that the rest of the country was involved in a giant conspiracy against him, that would have been erring. You might, in fact, be right in calling him wrong.

Errors and mistakes are seen as pretty much the same thing these days, but there used to be a subtle difference between the two.

“Mistake” started life as a verb, meaning “to take the wrong way”. It is a combining of “mis” and “take”, as are misjudge, misstep, miscalculate and misspell. Mistake became a noun only in the 17th century, defined by the OED as “an error in action, opinion or judgment”.

In the 14th century, however, mistaking (as in misunderstanding or misinterpreting) was not as bad a sin as erring (or herring, if you ask me, though I know some are fond of this fish). To mistake something was seen as an accidental lapse in judgment; to err involved deliberate contrariness.

As an example, you could say the proprietor of the paper mentioned in the first paragraph of this column was mistaken when printing posters that read “era” instead of “error”. If the owner had refused to admit this and instead held numerous press conferences to insist that era was the right way to spell error and that the rest of the country was involved in a giant conspiracy against him, that would have been erring. You might, in fact, be right in calling him wrong.

Wrong is an even more interesting word than erroneous or mistaken. It can be a verb (to wrong someone) or a noun (to right a wrong), but is primarily used as an adjective to describe something or someone who is bad, immoral, unjust or just not right.

“Right” comes from the Latin rectus, literally meaning “straight”. The word we now use for the opposite of right, in other words “wrong”, comes from Nordic and Proto-Germanic roots, most of which meant “crooked” in the sense of a bone that hasn’t knitted properly. (Crooked, as in state capture, was a meaning added later.)

“Wrong” is the English derivation of “vrangr” in old Norse and “vrang” in Danish. In Middle Dutch the word was “wrang”, which meant sour or bitter, literally because such a taste would make one’s mouth twist in a crooked or distorted way.

Crooks leave a bad taste in one’s mouth. Not all those who err are crooks, of course, and not all those who make mistakes are erring deliberately, and I am well aware of the risk I take in writing this column. As I may once or twice have mentioned, there is an unalterable law of nature called “Muphry’s law”. This dictates that whenever you complain about someone else’s spelling mistakes, or make fun of their grammatical lapses, you are bound to make your own eror.

SA can’t campaign against travel bans but restrain its economy

On a wing and prayer: grounded SA fighter jets mirror a flawed system