Today politics says goodbye to a man whose name belies his ...

For more than 40 years James Selfe has been one of this country’s most faithful servants. We need more of him 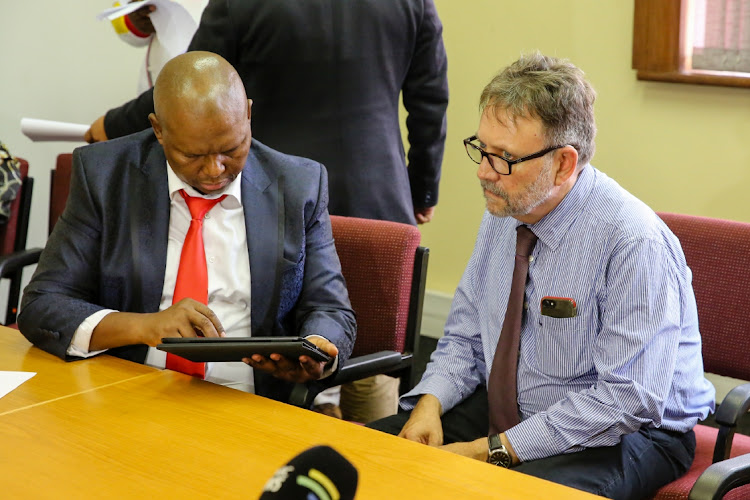 I have sometimes followed this advice and have very seldom returned to our parliament since I left it in 2009.

On Wednesday, however, I will return to participate in the farewell ceremony for one of its longest-serving members, James Selfe.

If not himself “the man on the bridge”, Selfe certainly was, for more than four decades, in the wheelhouse of opposition politics. His essential, though largely behind-the-scenes role, steered the fortunes and misfortunes of SA’s principal opposition party, the DA.

However, outside the narrow confines of party politics, of which more in a moment, Selfe’s decision to exit parliament and public life due to deteriorating health means there are very few “originalists” left in the house.

The “originalists” are those who still serve in parliament, were around to help shape the founding document, our constitution, and participated in setting up our first democratic parliament.

There is certainly some wisdom in the warning tycoon Elon Musk recently offered on the dangers of gerontocracy. The Tesla boss suggested no-one over the age of 70 should serve in public office. Our country is beset with ageing leaders who often resemble and think like “exhausted volcanoes” (to borrow from another British prime minister, Benjamin Disraeli).

Yet those who do not remember the past or never participated in shaping the current contours of our fragile democracy, and regard the constitution as just another instrument for control, are doomed to disregard our founding settlement. And they could imperil our future.

A snapshot of today’s parliament reveals few such founding fathers and mothers. On the opposition side there are Inkatha founder Mangosuthu Buthelezi, ACDP leader Kenneth Meshoe and FF+ veteran Corné Mulder. Only ANC ministers Naledi Pandor and Lindiwe Sisulu were MPs in 1994 and continue to serve today. President Cyril Ramaphosa and Cogta minister Nkosazana Dlamini-Zuma were indeed front and centre in the house in its founding days, but both interrupted their service for detours into business and the AU respectively, before returning later.

The handy rule book has followed this formula: deploy the cadres into the citadels of state and the judiciary, concentrate power in the party not in parliament, and preach the rhetoric of non-racialism, while practising and legislating an exclusionary racial nationalism

This simply means most MPs today have little acculturation, and perhaps scant regard, for the basic bargains struck when the constitution, whose 25th anniversary will be marked this Friday, was negotiated and affirmed in 1996. The crucial period when SA was riven by internecine violence, frantic compromises and on-off constitutional negotiations, as well as a founding election between 1991 and 1994, are, for most, the stuff of history (and often distorted versions of it), not any form of lived reality.

It might also be said that since ANC leaders today, who were founding parents of the constitution, are happy to unstitch its essential compromises, such as language and property rights, or passively stood by as former president Jacob Zuma gutted its essence, “destroy better than they know”. Or perhaps they always were just instrumentalists, regarding the constitution as simply an instrument to amass power and be disregarded after its attainment as a historic relic.

The handy rule book has followed this formula: deploy the cadres into the citadels of state and the judiciary, concentrate power in the party not in parliament, and preach the rhetoric of nonracialism, while practising and legislating an exclusionary racial nationalism.

This has worked pretty well for the past two-and-a-half decades, until something interrupted it on November 1. A combination of 11-million out-of-work South Africans, the collapse of basic services, failed education and labour market systems, rampant corruption, the July looting and plunder all combined to reveal at the local polls that “SA is slowly edging towards a post-ANC future”.

That, in any event, was the editorial headline on December 5 in the influential Financial Times, the international newspaper of record and hitherto a cheerleader for the “new dawn” promised, but never delivered, by Ramaphosa.

It noted that “SA politics has entered a new phase. For the first time since the end of apartheid, the ruling ANC vote in municipal elections last month dropped below 50% — a disastrous outcome for the party of Nelson Mandela and an indictment of its performance. Not before time the ANC’s political monopoly is faltering.”

The interesting  feature of his public life, and perhaps a portent to the future viability of a new government in the wake of our 'post-ANC future', is that he belonged to no fewer than five political parties, from the Progressive Party to the DA.

That the elections were municipal rather than parliamentary, the publication waspishly offered some stinging qualifications: “True these were only local elections. For now, the ANC continues to govern the country, though the word ‘govern’ is perhaps too generous a word for a party that struggles to keep the lights on or curb rampant corruption.”

The Financial Times is equally sceptical about opposition claims to power. It notes its divisions and apparent lack of ideas. While acknowledging the DA’s recent electoral and mayoral successes, it dismisses the party as “a shambles”.

Such dismissiveness would hardly be news to Selfe. From birth, however, he was gifted the wrong surname since his long and impressive career in public and political life was impressively “selfless”. He always saw himself as a public servant in a cause far more consequential than his own. I used to joke with him, when he served as federal executive chairperson under my leadership: “You have always served power and never tried to change it.” But I was only half right: he operated under seven different leaders and adapted to the changing needs of the party and those who led it, from Frederik Van Zyl Slabbert to John Steenhuisen, and five leaders in between, and parked his ego in the parliamentary basement, but fortunately neither his backbone nor his brain.

On the current “shambles” in the official opposition, this premature death notice was visited on Selfe’s party before. After a shatteringly bad election result in 1994 the Democratic Party (DP) was labelled by one newspaper as “a desolate shack”. Another opined that “the jury is still out on whether the party has any future at all”. In Selfe’s view, as he expressed it then, “If we close down the DP today, then in six months time we will have to gather in Colin Eglin’s (a veteran MP and former leader) flat and recreate it. SA needs a liberal party.”

And so Selfe helped to resurrect a party from just seven MPs then to 85 today, and mayoralties in most of our important cities.

The interesting feature of his public life, and perhaps a portent to the future viability of a new government in the wake of our “post-ANC future”, is that he belonged to no fewer than five political parties, from the Progressive Party to the DA. Each was adapted, merged, changed and even discarded as new electoral possibilities loomed. Selfe and his fellow pioneers might have switched vehicles as the terrain changed, but the direction of travel was broadly in the same direction: the quest for a nonracial, moderate, social market society founded on the rule of law.

One of his leaders, the late Zach de Beer, called it “the long obedience”. James Selfe was one of its most faithful servants.

‘Start with empathy’: how to shift the jab-hesitant, by psychiatrists