ANC suffers another setback as land expropriation bill is ...

Small parties unite to isolate limping governing party, which had 30 MPs absent at the important sitting in parliament 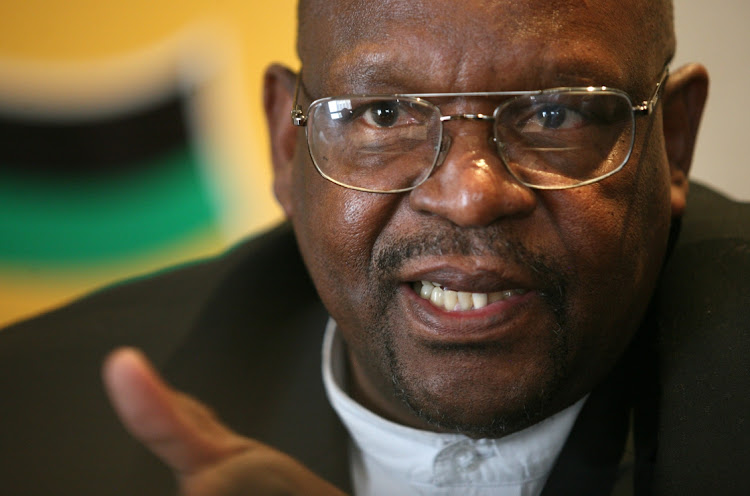 UPSET Co-chair of the constitutional review committee Dr Mathole Motshekga accused those who voted against the ANC's Constitution 18th Amendment Bill, of being an 'unholy coalition'.
Image: Kevin Sutherland

As if dropping electoral support below 50% in the local government elections last month was not enough, the ANC suffered another major political setback on Tuesday —the attempt to push through the Constitution 18th Amendment Bill to allow land expropriation with no compensation, fell flat.

The governing party, with only 200 members in attendance at the parliament sitting, managed to garner 204 votes. It needed 267 for the bill to pass.

The ANC cut a lonely figure. With the exception of support from Al Jama-ha, the overwhelming majority of opposition parties opposed the ANC manoeuvre with a combined vote of 145.

The ANC’s bloodied nose became apparent during the debate on the bill, ahead the voting.

Even its attempt to play divide and rule with the DA, EFF and FF+, accusing them of being permanent coalition partners, could not save the day.

ANC opening speaker Mathole Motshekga, who gave a long-winded historical lecture on land dispossession in SA, accused the small parties of being in an “unholy alliance” against the governing party.

His views were backed up by colleague, justice and correctional services minister Ronald Lamola, who attacked the small parties for behaving like people who had paid lobola but pretended they were not married.

In an early concession of defeat, Motshekga said that despite small parties uniting against the ANC, the party would forge ahead in finding other ways to expropriate land without their support.

“We can see that there was a grave injustice done to the African majority, in particular, and black people in general,” said Motshekga.

“The amendment bill before us seeks to address this crime against the African majority.

This bill creates uncertainty regarding property rights and would have an adverse effect on investment and land improvements. This is not what the country needs right now, during a time of economic devastation because of the Covid-19 pandemic.

“Those who had to vote with us on this matter are the beneficiaries of this crime against African humanity, and they have the support of a coalition of some Africans who do not know the history of this country and are supporting this through their unholy coalition.

“The ANC is still in power and has other instruments that it will use to ensure that the people of SA get access to the land. So we are not worried about those who are not supporting this bill. With or without them, the ANC is going to make the land available to the people,” he said.

The DA charged it was a shame that the ANC wanted to push through an amendment to what is an internationally acclaimed document, hailed as the “best in the world”.

If supported, said DA MP Annelie Lotriet, the constitutional amendment would scare off investors and plunge the country’s economy into the abyss.

“This bill creates uncertainty regarding property rights and would have an adverse effect on investment and land improvements,” she said. “This is not what the country needs right now, during a time of economic devastation because of the Covid-19 pandemic.”

The EFF accused the ANC of drastically moving away from the original motion to expropriate land without compensation that was moved by the red berets.

The bill that ended up being the final proposed amendment, said EFF leader Julius Malema, was a sellout position that would not enjoy the endorsement of the party.

Said Malema: “The bill that this house is asked to approve today will  take African people’s struggle for land repossession many steps back.

“The concept of nil compensation was never there when parliament resolved to adopt the EFF motion in 2018. This vocabulary was introduced by the legal office of parliament in collaboration with lobby groups, that captured this process for their own selfish interests.”

The IFP’s Narend Singh said the whole process was “smoke and mirrors”, as there was no need to amend the constitution if the ANC had not engaged in corruption on land restitution since coming into power 27 years ago.

“The reason for slow progress on land reform is simple, the government is corrupt and has abused land reform projects to benefit the elite and cadres of the governing party for decades.”