The culture wars require a peace process and GenXers must ...

Boomers don’t seem to think there is a generational clash. The future depends on younger people putting them right 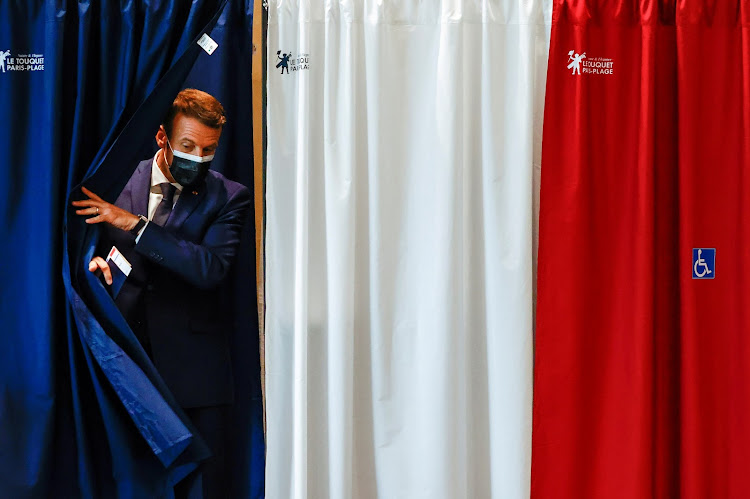 NO TIME TO HIDE Come 2022, this generational clash will loom in the French and Brazilian presidential elections, the US midterms and ahead of the ANC’s next national elective conference.
Image: Christian Hartmann

In a recent conversation involving baby boomers and young adults, the word “sustainable” was uttered mechanically by one of the boomers as a nod to the preoccupations of the young people at the table. A young woman’s sharp answer came immediately: “Sustain this shit show, you must be kidding!”

As we take stock of the abysmal level of public debate in many of our countries, which, with each passing day, looks more like a fight for the best cabins on the Titanic, the time has come to recognise that intergenerational heteroglossia (when people use the same words to describe very different things) has become the norm, obscuring true discussion. What has come to be called the culture wars is often dismissed as being of little relevance to the “real” political issues of our time. This is a grave mistake. What lies behind this euphemism is an unprecedented generational clash.

It is unprecedented because it is the product of a relatively new phenomenon called peer orientation — in short, when children are brought up and influenced mostly by children — ever-increasing, debilitating acceleration and technological developments. This clash stands in the way of humanity’s ability to respond in a meaningful, constructive way to the main issues of our time, from the global rise of protofascist politicians to climate breakdown, from rampant inequality between and within countries to intrinsically ecocidal growth.

In 2022 this generational clash will loom in the French presidential elections, in the Brazilian ones, in the US midterm elections and ahead of the ANC’s next five-yearly national elective conference. The culture wars have many layers, but a foundational fracture exists. For boomers, what we have is a functioning global system (after all, it got them from World War 2 to here) which is being rocked to its core by external crises (far-right populism, religious fundamentalism, natural disasters, financial crises, pandemics).

To younger generations it is increasingly apparent that said crises, far from being external, are systemic: they are the product of the violent and unsustainable practices the system is founded upon and sustained by. Behind this cognitive rift, another looms. Whereas baby boomers see “the excesses” of woke culture as the main fuel of the far right, for younger generations it is the failure of the boomers to deal with the above-mentioned structural violence and unsustainability which ends up fuelling the populist vote.

Boomers, who are hogging most of the world’s resources and power, need to understand that the very fact they don’t buy the generational argument is in itself part of the clash.

Interestingly, most boomers seem to think there is no real clash of generations under way. Meanwhile, most young people feel quite differently. What is striking to us as GenXers, a relatively small generational cohort crunched between the two formidable ones in human history, is that if GenYs and GenZs feel there is a clash of generations and demand that it be taken seriously, the fact that boomers feel differently is completely irrelevant.

You don’t need both sides in a case of physical or psychological abuse to agree on the facts for there to be a case. Indeed, most of the time there is no such agreement. Boomers, who are hogging most of the world’s resources and power, need to understand that the very fact they don’t buy the generational argument is in itself part of the clash.

To generations Y and Z, the Enlightenment narrative of boomers about meritocracy, which presents the world as a level playing field where some of “us” got ahead while others didn’t, is self-serving and callous. They point to a growing body of research which shows that what came to be called the Third World last century wasn’t “left” behind. It wasn’t even the third world until imperialism forced it into that place.

When the boomers argue in good faith that year on year the human condition has improved on average and across the board, and that “things are getting better for everyone, even in Bangladesh and the Sahel”, GenYs and GenZs point out that the vast majority of those who make that claim couldn’t bear to live a single day in the shoes of a middle-class person in those places.

The pandemic and the global existential crisis it has spawned have made a critical conversation necessary and possible between the boomer opinion-makers (such as Yuval Noah Harari, Stephen Pinker or the late Hans Rosling) and the lesser known scholars who are the driving influences of the youth, many of them from the southern hemisphere — like Aboriginal indigenous knowledges scholar Tyson Yunkaporta, the Vancouver-based Brazilian education studies scholar Vanessa Andreotti or the Chennai-based Nigerian renegade academic Bayo Akomolafe.

We are three GenXers who don’t agree on everything, far from it. And yet despite our differences, we believe that making this difficult conversation happen is of critical importance. It represents our best hope to transcend the current lethargy and paralysis, as well as the contempt and self-righteousness which have become the signature political emotions of our age and the culprits preventing meaningful action. Rather than profess our commitment to improving the state of the world, let us commit instead to improving the state of the conversation. We can be better ancestors and more gracious descendants too. We have to.

Felix Marquardt is the author of ‘The New Nomads’ (Simon & Schuster). Steve Schmidt is a cofounder of the Lincoln Project. Rokhaya Diallo is a writer and filmmaker

Let’s argue Semitics: this word never means what you expect