How are so many young domestic workers in the Gulf dying ‘in their sleep’ or of ‘cardiac arrest’? 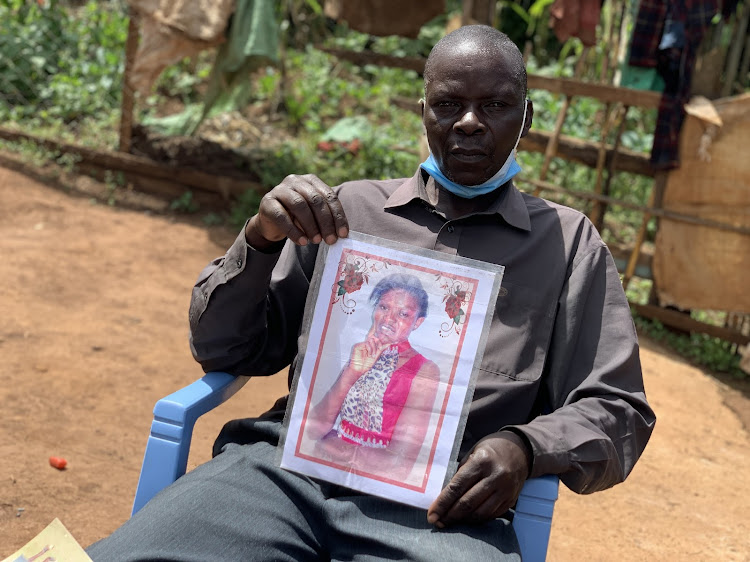 Alice Awor Tindo had only been working in Saudi Arabia for three months when friends and relatives back home in Kenya began receiving distressed calls and WhatsApp messages.

The 30-year-old domestic worker told them her employer had confiscated her passport and refused to pay her. She had been banned from having a phone, so had to hide hers, and wanted to switch to a different household.

“I am not in a good condition,” the single mother wrote in a message in the Kikuyu language, dated June 9 2020.

“I told my employer that I want to change jobs, but she told me that I will only leave this place when I am dead.”

Four days later, Tindo’s body was found lying in her bedroom by her employer in Saudi’s Najran province.

A Saudi police report given to her family concluded that she had died in her sleep, the cause declared as “normal death”.

They are tortured and trapped by their employers. In some cases, they are deported or they return in coffin.

“Alice was a healthy young woman,” said the 56-year-old farmer, standing by his daughter's unmarked grave on a hillside cemetery near their home in the western town of Elburgon.

“It’s very mysterious. No one can just die in their sleep like that for no reason. There must be a cause. There should have been some follow-up.”

The Tindo family are among a growing number of bereaved Kenyan families sounding the alarm over the sudden deaths of female relatives working in Saudi Arabia.

Over the past two years, 89 Kenyans — more than half of them female domestic workers — have died in the Gulf nation, according to Kenya’s foreign ministry. In 2019, just three deaths were recorded.

The cause of death is mainly given as cardiac arrest, natural death or suicide. But many families are unconvinced, and rights groups think the deaths may be linked to a surge in abuse against domestic workers during the Covid-19 pandemic.

“We believe they were killed,” said Fredrick Gaya, a social activist, who has petitioned the Kenyan parliament on behalf of more than 30 families and mistreated migrant workers.

“These women were suffering in the days before they died ... they were being tortured by their employers. Some were burnt with hot water or had dogs set on them. It’s not possible they all died of cardiac arrest or natural causes.”

Officials in neighbouring Uganda have also voiced concern about the deaths of its nationals in Saudi Arabia and other Gulf nations in recent months.

Three Saudi government ministries and the embassy in Nairobi did not respond to requests for comment.

Gaya said no postmortem examinations to confirm the causes of deaths had been conducted when the bodies were repatriated, adding that Kenyan authorities should be doing this.

To make matters worse, he said, many grieving relatives face a desperate struggle to bring back their loved ones’ remains — often involving months of painful bureaucracy and costing thousands of dollars, he added.

Many have to fundraise or take out loans to pay the bill, with those unable to raise the money forced to leave Saudi authorities to deal with their loved ones’ remains.

Kenya’s foreign ministry, which has raised concerns over the deaths, did not respond to requests for an interview.

More than 30% of the oil-rich kingdom’s population of 35 million are migrants, many from Asian and African countries.

But Saudi Arabia — along with other Gulf nations such as the United Arab Emirates (UAE), Kuwait, Bahrain and Oman — has long faced criticism from rights groups for a sponsorship system that leaves migrant workers open to abuse and exploitation.

Under the “kafala” system, a foreign domestic worker’s legal status is tied to their employer and they cannot change jobs or leave the country without permission.

This has led to widespread abuses of migrant workers — from passport confiscation, unpaid wages and excessive work hours, to beatings and even rape by male members of the household.

“These young women go there with big hopes of changing their lives, but they end up suffering,” said Hussein Khalid, executive director of HAKI Africa, a Kenyan charity that supports migrant workers in the Gulf.

“They are tortured and trapped by their employers. In some cases, they are deported or they return in coffins,” Khalid said.

Attracted by the promise of well-paid work and a chance to escape joblessness at home, more than 100,000 Kenyans work in Saudi Arabia — sending home millions of dollars every year, government and central bank data shows.

Drawn from poor communities in small towns and villages, maids are recruited by local agencies offering two-year contracts with a monthly wage of about 25,000 Kenyan Shillings ($220) - more than three times what they would earn in Kenya.

For many women, it is a rare opportunity to save their earnings and buy land, build a house or start a small business as well as send money home.

But sometimes, within weeks of arriving in the Gulf state, the distraught calls and cries for help begin.

Those who escape abuse at the hands of their employers become undocumented, and at risk of exploitation by traffickers who sell them into another abusive household, or the sex trade.

If they are found by the police, they face charges for absconding and are often detained for months before being deported, rights groups said.

There were 1,025 cases of Kenyans in distress in the last year compared with 883 in 2019, according to the foreign ministry, but family members said workers’ cries for help often go unheeded.

“My sister was being tortured there. She sent messages about how she was scared and that her boss was trying to kill her just days before she died,” said Stephen Oluoch, whose sister Caroline died in the Arab nation in April. 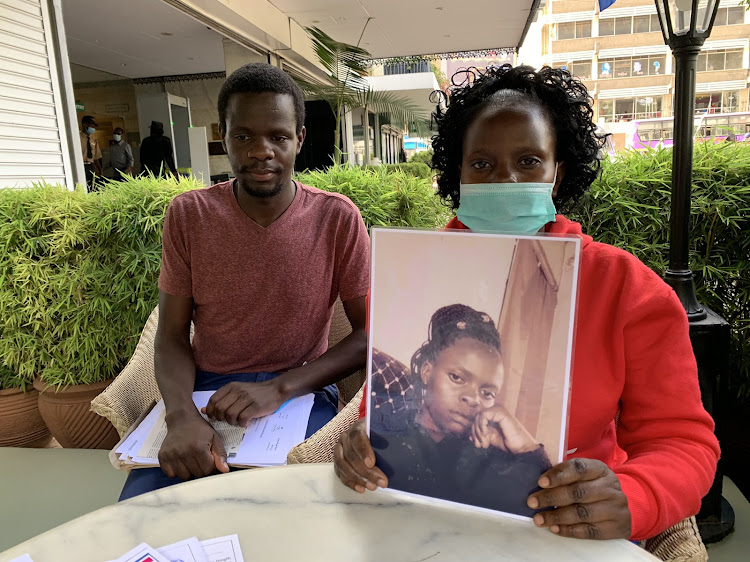 “When you call the agent, they’re rude. The embassy in Riyadh doesn’t even respond to messages or say they will follow up but never do. If someone had listened, her death could have been prevented.”

He said Caroline, a 24-year-old second-year university student from the western town of Homa Bay, took a job as a maid in Saudi Arabia last November to earn money to complete her degree and become a teacher.

Five months after her arrival, her naked body was found covered in a sheet in the bathroom of a psychiatric hospital.

Saudi police said she died by hanging and declared the cause of death as suicide, but her family thinks she was murdered. They say she was forcefully admitted to the hospital by her employer after she tried to flee.

“It’s not possible that these young people are all dying of cardiac arrest,” principal secretary Macharia Kamau said, adding that no follow-up investigations into the deaths had been conducted by Kenyan authorities.

The foreign ministry, the families and social activists want a temporary ban on domestic workers going to Saudi Arabia.

But Peter Tum, principal secretary at the labour ministry, said bans do not work.

Kenya stopped workers going to the Gulf from 2014 to 2018 because of abuses, but the move led to more illegal migration and cases of mistreatment, he said, adding that unlicensed recruitment agencies were often to blame for violations.

“We are sorry as a government that these things are happening,” Tum said.

“We really feel for the families that have lost their loved ones in this kind of manner ... this is something that has absolutely disturbed us,” he said.

The government is taking a series of measures to “once and for all” end abuses against Kenyan workers, and will review Nairobi’s existing agreement with Riyadh to better protect those in Saudi Arabia, Tum said.

A government delegation is expected to visit Saudi Arabia before the end of the year, and plans to raise concerns over the causes of the deaths of Kenyan workers, he added.

The ministry is also stepping up vetting of hiring agencies, cancelling the licences of those with unethical practices and working to raise awareness in rural areas.

More labour attaches will be appointed at the embassy in Riyadh to improve assistance, Tum added.

“Even now, I’ve been asking myself ‘how could this have happened?’,” he said.

“It is very painful that your child has gone there for work, and then her body is brought back to you dead. If I knew what really happened to her, maybe I would finally be at ease.”