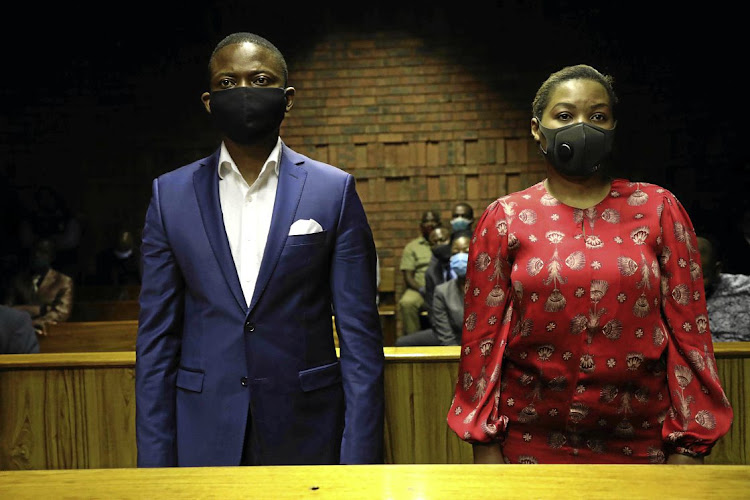 NOT SO EXTRAORDINAIRE Shepherd Bushiri and his wife, Mary, during a court appearance in SA.
Image: Thulani Mbele

Malawi’s leading entrepreneur in the vulnerability industry, Shepherd Bushiri, says he will only consider coming back to SA if authorities promise not to poison him “like last time”. What a Tripadvisor review that must have been.

Of course, there’s no evidence whatsoever to back up Bushiri’s claim that he was poisoned while in custody here. Then again, that’s entirely on brand for a man who has built his entire career, and a vast fortune, by selling fiction as fact.

To be fair, he’s incredibly good at it: it takes serious storytelling chops to accumulate R2bn, mostly from the citizens of one of the poorest countries in the world, by telling them you’re speaking for the god who said rich people aren’t going to get into heaven.

Bushiri’s fantasy factory, however, is just getting warmed up, thanks to the dazzling potential of Malawi’s newest growth industry: religious tourism.

According to News24, “media reports in Malawi” are calling the good Shepherd a one-man tourist attraction, with up to 10,000 people flocking into the country every week, eager to part with their sweet, sweet foreign currency for the chance to see Bushiri perform one of his trademark miracles, such as turning banknotes into a private jet.

Whether these “media reports in Malawi” are legitimate or simply press releases paid for by Bushiri remains unclear. Still, I must admit I am extremely excited by the idea of religious tourism, since it offers poor countries such as Malawi an almost unlimited source of income without them having to spend a cent on infrastructure.

It goes without saying that they won’t need proof of godliness in any of their religious attractions, but the wealth-pastor industry has also shown us you don’t even need belief.

What’s that? You can’t see the dragon-headed demon the prophet is pulling out of that poor woman’s nostril? Gosh. Perhaps your faith isn’t strong enough? Maybe try putting another $50 in the tithe bucket and see if it makes things a little clearer. Still nothing? Ah, well, then it’s pretty obvious you need to enrol in the prophet’s Super-Apostle Belief Booster Ultra Miracle Max weekend seminar, just $999, or $99 a month for the next 250 years!

Yes, all you need is people with their human needs — for meaning, for redemption or forgiveness, for reassurance or a miraculous improvement in their circumstances — and the cash will flow like milk and honey.

Ultimately, Malawi’s religious tourism industry won’t even need Bushiri to be alive: when he’s finally extradited to the great tax collector in the sky, to be reminded about camels and eyes of needles, his miracles and wonders will survive in all their money-spinning splendour.

Kneel before a fragment of the One True Paper Umbrella that stood in his cocktail glass as he flew like an angel away from the Pretoria Philistines! Behold the hem of the robe he wore on that blessed night — yes, it is true, you can still see the embroidery there: “Property of Radisson Blu”. Marvel at all these wonders, my brothers and sisters!

And while you’re marvelling, tell us, do you prefer monthly debits or a simple annual deduction from your credit card?

BLACK FRIDAY | Save up to 70% on a Sunday Times subscription

EDITORIAL | Caution: don’t spend more than you save on Black Friday