With friends like these, the DA certainly doesn’t need enemies

With friends like these, the DA certainly doesn’t need enemies 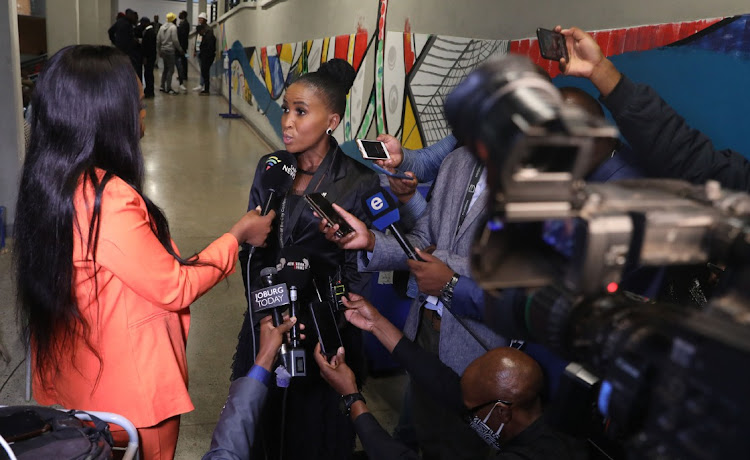 Over 30 years ago when I first arrived in parliament, an old ward heeler who knew his way around there advised newcomer MPs: “The first law of politics is to be present.”

Spare a thought then for Refiloe Nts’ekhe. She had been presented in the election as the DA mayoral candidate for Ekurheleni. But at the dramatic inaugural council meeting in Germiston, she was absent. Doubtless, having obtained just 28.7% of the votes on November 1, she read the runes and decided to give up the modest consolations of a council seat in preference for her current slot as a Gauteng provincial MP.

Neither she nor an even more surprised Tania Campbell (whom the party nominated as mayoral candidate instead) had any expectation that with the unasked and unexpected addition of EFF and Action SA votes, the mayoral chain would pass to Campbell. This was not in any script of likely events, especially given the rancorous relations between the three parties whose votes gifted Campbell and the DA the mayoralty. But then politics since the ANC’s stunning decline on November 1 has resembled some of the more improbable episodes of Game of Thrones and House of Cards.

If the voters delivered the current ruling party a bloody nose three weeks back, then their implacable political enemies went in for the knockout blow and succeeded in a belt of municipalities across the country, most notably in the Gauteng metros, with a DA mayor installed in Tshwane, in addition to Johannesburg. An even more improbable location for the DA’s blue flag to be hoisted is the Durban City Hall on Wednesday as well.

Julius Malema, whose consistent inconsistency keeps him centre stage, has moved on from his pledge to “slit the throat of whiteness”, which he offered when moving Athol Trollip out of the Nelson Mandela Bay mayoralty in August 2018. Malema has sheathed his knife for now anyway. He now wants to kill off the ANC locally to drive them from power nationally three years hence.

Malema does have allies in the ANC, though, one of whom is outgoing mayor of Ekurhuleni and vocal RET supporter Mzwandile Masina. Malema sent him a consoling tweet advising: “You are collateral damage, nothing personal, be strong my chief.” Doubtless as Masina weighs the loss of office, perks and privileges and much else besides, this might be scant comfort.

The ANC is very unused to the hard benches of opposition, where across the country many of its former local potentates will now find themselves marooned.

Masina does have two consolations as he weighs his current dethronement. Back in October 2017, his implacable support for Jacob Zuma and detestation of Cyril Ramaphosa led him to promise: “I will never serve under Cyril. I will leave. So he can lead, but I will be out,” he told News24 on the eve of the Nasrec conference, which by a whisker elected Ramaphosa.

Now by courtesy of his own municipality, and four years late, he gets to redeem his promise. However, it says a lot about Ramaphosa’s lacklustre, timorous leadership that he kept faith with Masina and nodded him through as mayoral candidate again for Monday’s election. And this dalliance with his implacable foes in the party and enemies of the country’s growth agenda was also on display in eThekwini. There Ramaphosa backed arch Zumaite Mxolisi Kaunda for the mayoralty.

Kaunda is the one cohering reason why the IFP bolted from a national agreement forged between Ramaphosa and IFP founder Mangosuthu Buthelezi. For the DA, IFP and a clutch of smaller parties, Kaunda at worst enabled (via his vociferous support for Zuma) the looting and rioting that struck Durban in July, or at best abandoned his post when the forces of anarchy struck the city he had sworn to serve and protect.

Masina, in his second grace act on the East Rand, at least had the courtesy and decorum to accept defeat with dignity and wish the accidental new mayor well in her position. No such luck on the east coast with the other arch-Zumaite. If nothing became Masina as much as his graceful departure from office, there was by contrast the appalling conduct of the Kaunda-Zuma faction in Durban on Monday. Rioting members engineered power cuts and all-round mayhem as the prospects of loss of office stared the ANC there in the face.

Ferial Haffajee, of the Daily Maverick, noted on Twitter: “Unless Cyril Ramaphosa shortens his vaunted long game, his presidency could go down as the most squandered opportunity in recent history.” Indeed.

If the outcomes from events this week confounded the pundits and the press, they certainly took the principal opposition party almost completely by surprise.

The apparent winner this week is the DA, which commenced business on Monday with very modest expectations. It had not secured agreements for control of Johannesburg; its prospects for the gold chain in Ekurhuleni were so remote, as noted, that its mayoral candidate declined to take up her council seat, and in Durban (eThekwini) it would field a flag-waving candidate for mayor, caucus leader Nicole Graham. Only in Tshwane did it have any real prospect of success, with or without an agreement with Herman Mashaba’s Action SA.

If the outcomes from events this week confounded the pundits and the press, they certainly took the principal opposition party almost completely by surprise.

The adage, “your victories can cost you more than your defeats”, will certainly resonate inside the DA inner sanctum and with some of its new mayors. After all, previous municipal governments in Tshwane, Johannesburg, and Nelson Mandela Bay, all with DA mayors in 2016, collapsed at various stages. And in each of those cities, the DA had more of a voting buffer for its mayors than the lower base of support the party obtained in November 2021.

Then there is “the deep state” which the ANC has installed in most of the municipal administrations it lost on Monday and Tuesday and perhaps in Durban on Wednesday. These deployed cadres have little interest — as a raft of misery and lived experiences prove in our benighted cities — in effective and clean administration. But they have a lot of interest in securing cosy insider deals and pilfering the rates base. And in sabotaging those who stand in their way.

Quite aside from the distress unstable city governments inflict on residents, presiding over a set of collapsing municipalities is disastrous for the image of a party that offered the slogan “we get things done”. Its political and bureaucratic enemies will work hard to undo the DA.

So much for the obvious downside. Or as Van Zyl Slabbert wrote of his unexpected victory as an MP in April 1974: “I had just been proclaimed the MP for Rondebosch. I responded to [the crowd’s] elation and waved and laughed, but at the same time kept asking myself: ‘Sweet suffering grace, what am I going to do now?’”

The DA right now is in a much-enhanced position than it appeared to be a few weeks ago. It has won control of cities it neither anticipated nor in some instances, post election, seriously sought. It was carried to victory by an implacable ideological foe (EFF) and by former members who detest it and vice versa (Action SA).

That is a pretty constrained operating environment to place matters at their mildest.

But there are plenty of opportunities to be seized, reputations to be burnished and cynical and fed-up residents to serve.

For the party so often written out of the national political script and read out of contention for power, being in government outside Cape Town, especially in Gauteng, gives it renewed relevance, allows it the power of initiative (putting budgets on the table, showcasing initiatives and so on) and to solidify alliances and possibly even bury some old enmities.

And, of course, if its non-coalition non-partners make impossible demands on it or obstruct it completely it can walk away and on the right issue and with the right motivation remind voters that sometimes the price for power is simply ruinously expensive.

Deft leadership, political savvy and basic decency will go a long way towards cementing an authority which is initially fragile in a political environment that is totally fractured.

This is a very hard task but by no means an impossible one. And all things considered, this morning you would rather wake up as John Steenhuisen than as Cyril Ramaphosa.

EDITORIAL | No movie script could have imagined the outcome of council ...

Malema the power broker has played the coalition game to perfection