Indonesia is sinking into populism and nothing’s being done to ... 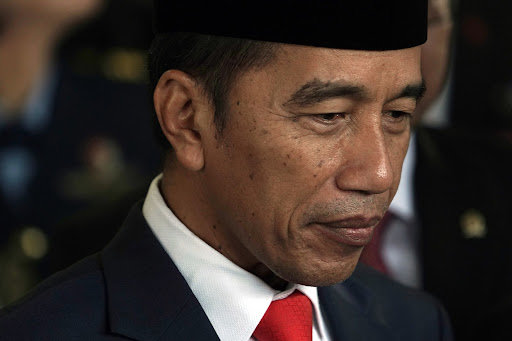 TROUBLED DEMOCRACY Rising conservatism and a decline in civil liberties have been a feature of Indonesian President Joko Widodo's leadership in recent years.
Image: Bloomberg

When you shuffle through the deck of the world’s more bombastic populist leaders, Indonesia’s quietly spoken president, Joko Widodo, is not the first man who comes to mind. Presidents Jair Bolsonaro of Brazil and Recep Tayyip Erdogan of Turkey, as well as Indian Prime Minister Narendra Modi, are more obvious choices.

But the culture wars are heating up in Southeast Asia’s largest economy, home to more than 270-million people. Rising religious intolerance and criminal complaints against activists who challenge politicians are increasingly common in a country where the government is now openly jailing critics. And given that democratic backsliding is a key measure of a populist, you get the picture.

Where it goes from here will be a test of Jokowi’s leadership and a metric for Indonesia’s once-lauded democracy, as it prepares to take on the year-long presidency of the Group of 20 large economies next month — and the extra scrutiny such a role entails.

Indonesia’s information technology law is being used by the government to jail and silence its critics. It definitely has a chilling effect.

It’s true that Indonesia has been increasingly divided for some time. The election that brought the former furniture maker to power in 2014, and the one in 2019 that kept him there for a second term, were accompanied by a steady rise in sectarianism. Islamist groups brought more than half a million people to the streets in 2016 to protest against Jakarta’s Christian governor Basuki Tjahaja Purnama, also known as Ahok, who was later jailed for blasphemy.

The moderate Jokowi has used several strategies to silence persistent questions over his own commitment to Islam, drawing in conservative leaders like Ma’ruf Amin as his vice-president and co-opting the rival he defeated twice at the ballot box, Prabowo Subianto, into his cabinet. At the same time, he has treated other high-profile Islamist figures like hardline cleric Rizieq Shihab as political threats and banned groups such as Hizbut-Tahrir Indonesia, which calls for a global caliphate of believers. But the president’s policy of dividing to contain has also deepened fault lines.

By any measure, society has become more conservative in the world’s most populous Muslim-majority country. There have been more than 700 sharia-inspired regulations put in place across many of the 34 provinces over the last two decades. The impact on religious minorities, and women and girls, is particularly harsh. There are now at least 64 mandatory hijab regulations that compel women to wear the headscarf, especially for female civil servants and in some public places. Other directives impose night curfews on women, and bar them from wearing long pants in some municipalities, says Andreas Harsono, senior researcher on Indonesia at Human Rights Watch.

“We are talking about millions of women forced to wear the hijab, in a significant departure from the early years post-Suharto,” he says, referring to the democratic and human-rights flowering after the downfall of the long-time dictator amid street protests and economic turmoil in 1998. Similarly, there are 45 regulations affecting lesbian, gay, bisexual and transgender citizens. More than 200 churches have been closed down. Some mosques have been forced to shut in retaliation. Jokowi, like the presidents before him, has done little to ease such restrictions, Harsono notes. There are few more sensitive issues in a country with a bloody history of sectarian violence.

We are talking about millions of women forced to wear the hijab, in a significant departure from the early years post-Suharto.

Rising conservatism and the corresponding decline in civil liberties — including the intensifying tensions between Islamists and non-Islamists — have driven the decline in Indonesia’s democracy, said Alif Satria, who researches terrorism, political violence and religious intolerance at the Centre for Strategic and International Studies in Jakarta.

A large part of this has been the misuse of Indonesia’s information technology law, which includes jail time for defamation and hate speech, two laws weaponised by Islamists and politicians alike. “Today, it is being used by the government to jail and silence its critics,” Satria told me, noting that as many as 300 people were tried under these laws between 2016 and 2020. “It definitely has a chilling effect.”

Jokowi’s response to the pandemic, in particular Indonesia’s deadly second wave, is one of the latest issues to escalate into a political conflict. His cabinet, full of oligarchs, insisted on keeping the capital open for business against the advice of health officials. Pitting the Islamist governor of Jakarta, Anies Baswedan, against the business-friendly president produced no winners. Indonesia became the new virus epicentre in Asia soon afterwards.

Yet despite the government’s response to critics — including Greenpeace activists threatened with criminal action after they called out Jokowi for his claims at the COP26 climate conference that deforestation had decreased on his watch — the president’s popularity endures, even if it has declined. According to a survey released in August by Indikator Politik, about 59% of respondents were satisfied with him, the lowest level since March 2016. That compares with 64% in April and 65% in July last year. His sprawling but solid coalition takes in almost 80% of all parties.

Still, there have been additional red flags of a troubled democracy. Along with building another political family dynasty by backing his son and son-in-law in recent mayoral elections, Jokowi’s administration has weakened the country’s anti-corruption body, while the armed forces are increasingly involved in civilian affairs, including running the Covid-19 response. Freedom House, a non-profit group specialising in human rights and democracy, has downgraded Indonesia from “free” to “partly free” under his watch. And people are feeling it.

In 2009, five years before Jokowi became president, just 17% believed that citizens were afraid to talk about politics. In 2021, that’s increased to 39%, according to nationwide probability sampling based on public opinion surveys by Lembaga Survei Indonesia and Saiful Mujani Research and Consulting that features in “Jokowi Sidelines Democracy,” published in October in Johns Hopkins University’s Journal of Democracy.

With Jokowi’s second and final term as president due to end in 2024, the question is, how much further can Indonesia fall?

Ruth Pollard is a columnist and editor with Bloomberg Opinion. Previously she was South and Southeast Asia Government team leader at Bloomberg News. She has reported from India and across the Middle East and focuses on foreign policy, defence and security.

Don’t give a dog just a bone: pet treats will raise the woof this Christmas