If Ramaphosa’s playing a long game, he’s playing it all by ...

If Ramaphosa’s playing a long game, he’s playing it all by himself

As blank-faced over the Eskom sabotage as he was over the July riots, one’s got to wonder if he has any game at all 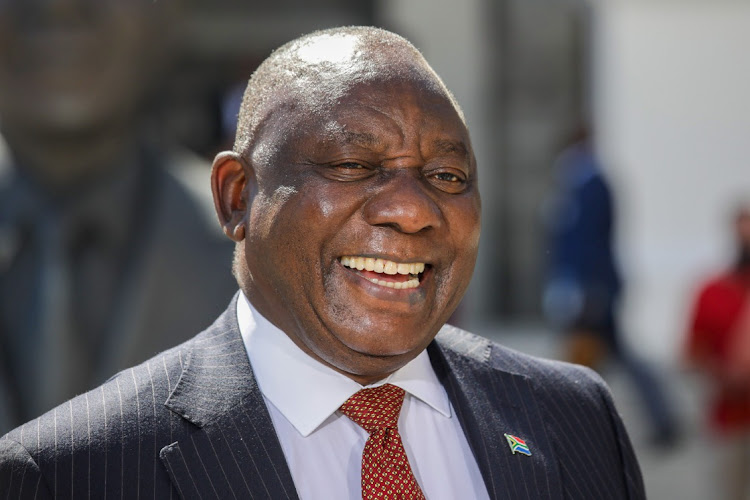 SEE NO EVIL President Cyril Ramaphosa seems to have the innate ability to deflect the big issues concerning the country.
Image: DWAYNE SENIOR

In the four days since Andre de Ruyter claimed that Eskom is being sabotaged — and that, by implication, the state is under attack — the presidency has reacted swiftly and decisively, tweeting a newsletter about the plight of women and children in SA and announcing that Cyril Ramaphosa will soon be hosting the Kenyan president, presumably having first explained to him that he will have to bring his own gas cooker.

In fact, it’s a good idea for Ramaphosa to avoid explosive accusations entirely before he knows for sure whether the person who sawed through that pylon was a Zupta fifth columnist or a well-meaning graduate of the Thabo Mbeki College of Cadre Deployment for the Astonishingly Inept.

It also goes without saying that he can’t tell the public what his security operatives are doing, because they’re not answering their phones, because they’re watching Dune down at the IMAX.

I would have thought, however, that the second direct attack on his presidency in the last six months might have stirred him, at the very least, to tell us that he’s asked ADT to send someone round to Lethabo to press the intercom buzzer, peer over the wall, and leave a note.

In retrospect, it’s easy to understand why Ramaphosa felt calm and confident enough to do family meetings: Covid-19 wasn’t the ANC’s fault, so he didn’t need to lie about it.

Then again, perhaps this deafening silence is inevitable from a president who has more or less disappeared since the first weeks of the Covid-19 crisis.

In those early days, before the whole thing collapsed into a farce, Ramaphosa was a calm and reassuring presence, appearing to take us into his trust in a way that felt very new for an ANC president.

In retrospect, it’s easy to understand why he felt calm and confident enough to do that: Covid-19 wasn’t the ANC’s fault, so he didn’t need to lie about it.

How exhilarating those first couple of televised addresses must have felt, as he stood there, briefly freed from having to worry about which dangerously connected, semi-sentient can of ham in the politburo needed to be sheltered from scrutiny that week. How liberating it must have been to read that teleprompter and to know that he was doing something unprecedented in the history of the modern ANC: telling the truth to the public.

But then came Nkosazana Dlamini-Zuma with her hot chickens and her underpants, and Bheki Cele blasting pensioners with water cannons, and stolen PPE billions, and Digital Vibes; and Ramaphosa’s brief, sunlit hour was over, swallowed back into the eternal gloom of the patronage machine, where the threat of mutually assured political devastation saturates the stale air, reminding every comrade that, should they ever have an attack of conscience, a million megatons of kompromat will rain down on them, their families and that nice little nest-egg they’ve socked away in Dubai.

This is not to suggest that Ramaphosa knows where any bodies are buried. On the contrary, if I were as wealthy as he is, I would have paid a lot of people a lot of money to make sure I didn’t know anything at all. And if he’s gone this route, it’s definitely working.

Shortly before the November 1 election, Ramaphosa threatened voters in Tsabella in Ekurhuleni, telling them that if they voted for a party other than the ANC, their disconnected electricity “may never be restored”. It was a supremely nasty little bit of blackmail, but its underlying claim was clear: the ANC was, at least in theory, responsible for running Eskom.

I would have thought, at the very least, that Ramaphosa would have told us he’s asked ADT to send someone round to Lethabo power station to press the intercom buzzer, peer over the wall, and leave a note.

A few days and a lost majority later, however, he and his finance minister seemed to have had that fact trepanned out of their heads, as they flip-flopped harder than Julius Malema in a Havaiana factory.

Now, both men insisted, Eskom was a distant, unreachable, unknowable enigma, floating out of the reach of the schemes of mortals; its secret workings witnessed only by temple virgins in hard hats; its sporadic revelations reported by its oracle, spokesperson Sikonathi Mantshantsha.

All of which is why it was De Ruyter and not the president doing all the explaining and promising and reassuring in the press over the weekend. And perhaps it’s better this way: I’m not sure how many more times I can stand to see Ramaphosa’s feigned surprise and regret.

Back in 2019, I was one of the people who believed that Ramaphosa was playing a long game. I still believe it: clearly his plan is to wait long enough to blame SA’s energy crisis on the death of our sun.

But seriously, I do concede that it is possible he’s still playing a long game. The trouble is I’m not sure anyone else is playing it with him.

It’s one thing to study a chessboard and to try to predict moves 10 steps ahead, but when your comrades are methodically and relentlessly emptying the room in which you’re sitting and pondering, ripping up everything that’s not bolted down and pawning it to pay legal fees and salaries, are you still striving for checkmate, or have you just checked out?