Sometimes even conspiracy theorists have a point

Sometimes even conspiracy theorists have a point 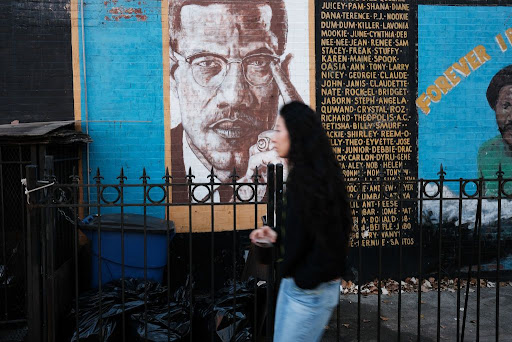 A WRONG RIGHTED Muhammad Aziz and Khalil Islam had their convictions for killing Malcolm X overturned on Thursday.
Image: Bloomberg

The exoneration of two men wrongly convicted of helping to murder Malcolm X is good news for US justice. But it raises the question of why, until Netflix aired the series Who Killed Malcolm X? earlier this year, hardly anybody but a handful of scholars and biographers paid attention to the considerable body of evidence that Muhammad Aziz and Khalil Islam had been railroaded.

Even at the time of the assassination there were those who insisted the events that unfolded in the Audubon Ballroom in February 1965 had not been properly investigated. Even when it was revealed two decades later that an undercover police detective had witnessed the murder — a fact never disclosed to the defence — the nation shrugged and went on to the next story.

Why the public disinterest?

One reason might be that the familiar lack of fury when black people are killed by black people was alive even then, no matter who the victim might have been. After Malcolm X’s murder, authorities braced for an outbreak of urban violence that never materialised. As the Associated Press deadpanned at the time: “The slaying created excitement in Harlem, but there was no disorder.”

So yes. Race surely played a role. But a larger reason, I suspect, is that we’re surrounded by believers in “wrong-man” conspiracies, who have been shouting so loud and so long that it’s hard to take their pleas seriously, never mind pay attention to their evidence.

A wrong-man conspiracy theory is exactly what the name suggests: the belief that history is wrong about the identity of the person who killed ... well, pretty much any great figure.

Wrong-man theories bombard us at every turn: to this day millions of people are certain Lee Harvey Oswald didn’t kill John Kennedy or, if he did, that he didn’t act alone. The notion that James Earl Ray didn’t shoot Martin Luther King Jr has been accepted by some members of the family of the civil rights giant. And I remember from my undergraduate years a certain set for whom it was an article of faith that, if you read the evidence closely, you’d see that Sirhan Sirhan was a fall guy for the assassination of Robert Kennedy.

The message of the long-overdue exonerations of Aziz and Islam isn’t that 'wrong-man' theorists are always or even usually right. It’s that they sometimes have a point. And we won’t know when unless, now and then, we choose to listen.

The killing doesn’t even have to have been recent. To this day there are those who don’t believe John Wilkes Booth killed Abraham Lincoln. (To say nothing of an internet rumour a couple of years ago that Booth escaped and someone else was shot dead in that Virginia farmhouse.) There would probably be conspiracy theories swirling around the 1901 assassination of US president William McKinley, if anybody cared about him or could remember who shot him. (Leon Czolgosz, who was executed a few weeks later and whose name I might not remember myself were I not a fan of EL Doctorow’s novels.) And had Giuseppe Zangara managed to hit Franklin Roosevelt in Miami in 1933 rather than missing the president-elect and slaying the mayor of Chicago instead, there’d surely be an entire movement devoted to the proposition that Zangara was framed.

Thus our distaste: when everyone around you is yelling that history has the whole thing wrong, it’s easy to tune out the noise.

But sometimes the conspiracy theorists are right. In the case of the Malcolm X assassination they were right even at the time that all but one of the real killers escaped justice. More important, they were also right that two innocent men, convicted after a farcical trial, went to prison — a wrong that is being righted only 55 years later. And if it could happen to those accused of so infamous a crime, surely it happens in more than a trivial number of the cases that draw less attention.

It also bears mentioning that those pushing “wrong-man” theories about the assassination of Malcolm X were probably right that the crime stemmed from a larger conspiracy. It’s highly unlikely that a group of four or five young men from the Newark mosque acted on their own when they decided to arm themselves and cross into Manhattan to commit the murder. The orders must have come from on high. True, nowadays scholars believe that “on high” means the circle around Elijah Muhammad in Chicago rather than — as many of us once believed and, if I’m honest, in some perverse way hoped — the circle around a bitter old man then living at 4936 30th Place in the nation’s capital.

The message of the long-overdue exonerations of Aziz and Islam isn’t that “wrong-man” theorists are always or even usually right. It’s that they sometimes have a point. And we won’t know when unless, now and then, we choose to listen.

Stephen L Carter is a professor of law at Yale University and was a clerk to US Supreme Court justice Thurgood Marshall. His novels include “The Emperor of Ocean Park” and his latest nonfiction book is “Invisible: The Forgotten Story of the Black Woman Lawyer Who Took Down America’s Most Powerful Mobster”.

Wish you were beer: Africa is beverage’s next frontier