Diversity is strength in SA. That’s why the ANC is weakening

Diversity is strength in SA. That’s why the ANC is weakening

Instead of ethnicising politics like it did in the Western Cape, the party should institutionalise diversity 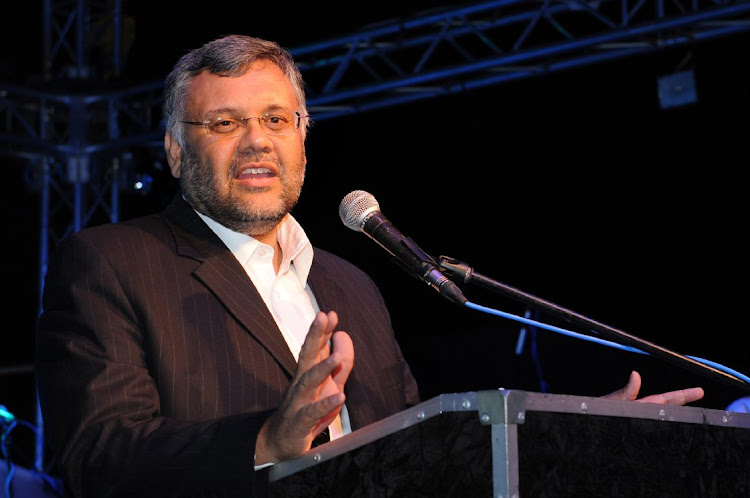 UNFATHOMABLE The ANC made an irreversible mistake when it replaced Ebrahim Rasool with Lynne Brown as premier of the Western Cape.
Image: Lee Warren/Gallo Images

Julius Malema and his EFF want to run a full metropolitan municipality despite polling around 10% in the big cities. The joke is on you, the voter.

I don’t blame the party for this bold display of bravado though. The message from voters to the ANC and DA in Gauteng and Nelson Mandela Bay was work together, but when leaders’ egos are louder than common sense, Malema and co will take advantage and place themselves in pole position.

Though I’m not surprised the ANC told the party where to stuff its ridiculous offer; no right-thinking dominant party would allow that. Voters in those cities would never forgive it.

Last week I was in Cape Town to attend the tabling of the midterm budget. Here they are clear; the DA might have lost some segments of the coloured vote, but it retained the city with a comfortable majority. The ANC has been decimated, only scraping together 18%. With such appalling electoral support, it can kiss Cape Town and the Western Cape goodbye forever.

Its horrendous decline is the result of years of its marginalisation of the black minority — it is reaping what it sowed.

In my previous lifetime I was a parliamentary correspondent. I remember one afternoon in July 2008 walking from the parliamentary precinct to the ANC’s regional office in Thibault Square at the end of St George’s Mall. Inside the poorly lit room, Baleka Mbete, who was national assembly speaker and ANC chairperson, was flanked by Mcebisi Skwatsha, provincial party leader at the time, and other regional officials. Drunk from the Jacob Zuma triumph in Polokwane seven months earlier, they proceeded to commit a mistake that buried the ANC in the Western Cape.

I’m not surprised the ANC told the EFF where to stuff its ridiculous offer; no right-thinking dominant party would allow that. Voters in those cities would never forgive it.

They enthusiastically communicated an unwise ANC NEC decision to remove Ebrahim Rasool, highly popular with the coloured (more specifically Muslim) constituency, as premier and replaced him with Lynne Brown.

Even though Brown is also coloured, this was a triumph of the Africanist faction led by Skwatsha, which had brutally fought Rasool and ousted him as provincial chairperson.

The humiliating manner in which they stripped him of the premiership was the final nail in his coffin before it was lowered. As fate would dictate, it wasn’t Rasool they came to bury, but themselves. Mark Antony would have laughed at them from the ruins of his hidden tomb.

Even a blind man could see Brown was warming the couch at Leeuwenhof, the immaculate estate that is the official residence of the Western Cape premier, for Skwatsha. But the electorate saw through the charade and went on to hand the province to Helen Zille and the DA in 2009. The ANC never got it back.

Coloureds might be in the tiny minority as a percentage of the national population, but they constitute a majority in the Western Cape and alienating them was suicidal.

The neglect of especially black minorities is starting to hurt the ANC, even outside the Western Cape. Look at the Nelson Mandela Bay metro.

I suspect the dominant thinking in the ANC for a long time was: “Minorities don’t matter; they don’t constitute a big chunk of the electorate.” If I’m correct, then it’s a strategy that is not only faltering, but presents the biggest risk to its hegemony going forward. By placing all eggs in the African-majority basket, ANC strategists must have been oblivious to the fact that as African voters, especially the urbanised, started deserting the party, it would have nowhere else to claw back lost support. Other organisations that appeal to Africans — the EFF, Action SA and IFP — are actively eating into this majority base. When you add voter apathy to that mix, the ANC is facing a real prospect of declining below 50% in 2024.

This is the bed the party made; it’s time to lie in it.

Writing in the Sunday Times, Prof William Gumede, of the Wits School of Governance in Johannesburg, lamented the overall marginalisation of minorities and how this has impacted diversity in government.

He noted that the exclusion of minorities often went hand in hand with the ethnicisation of departments, ministries, municipalities and state-owned entities (SOEs).

“The ethnicisation of SA’s politics is not good. It undermines social inclusion, nationhood and integration of all communities. It undermines integrity of SA’s constitutional system, its democracy and values.

“It leads to fragmentation of the country. The truth is no single ethnic community, race or political group in SA can develop by excluding others,” Gumede wrote.

I couldn’t agree more. Commitment to diversity should not just be a nice phrase added to a minister’s speech, but must be institutionalised at all levels of the state and in broader society.

‘The aim now is to destabilise the ANC’: Julius Malema