Driven demented by ‘debt’ that turned out to be an error

Driven demented by ‘debt’ that turned out to be an error 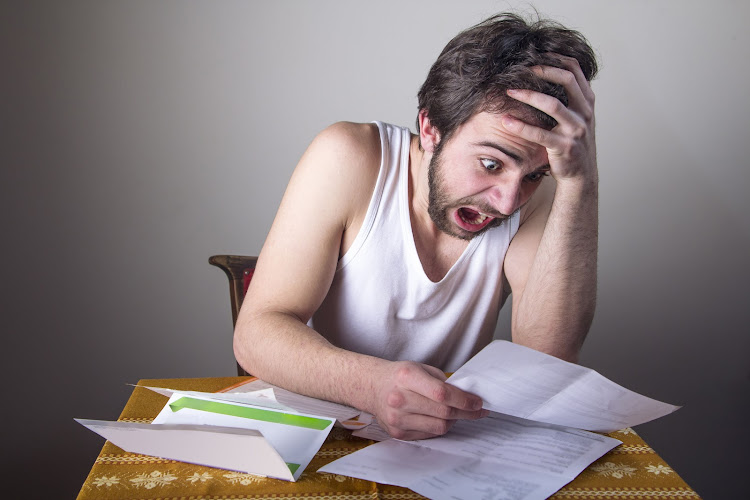 NASTY SUPRISE Everything that happened after the return of a hired car was a hot mess that culminated in years of harassment over debt.
Image: teolazarev/123RF

Companies are super concerned about protecting consumers’ personal information — when it suits them.

Oh, the number of times I’ve been told by a corporate that they can’t respond to my media query — about their alleged ill-treatment of one of their customers — because of the Popi (Protection of Personal Information) Act.

This despite me having included said customer’s email to me, imploring me to engage with the company on their behalf because they’d not had any success on their own.

My recent engagement with debt collectors the Nimble Group takes the prize.

The story begins with an email I received from Butch Rice of Cape Town, who was absolutely livid at having received an emailed letter of demand from Nimble, pertaining to a Europcar debt.

Interestingly, it did not address him by name.

Nimble agents had been phoning his wife Marjory for a number of years, Rice told me, insisting she owed Europcar money, while she was equally insistent that she’d never hired a vehicle from Europcar.

But the phone calls continued, until finally her husband received that email.

So I emailed Nimble about the matter, asking for proof of Marjory’s debt, and was promptly sent a copy of a Europcar contract relating to a Hyundai Accent hired from the N1 City branch of Gage in May 2018.

But here’s the thing — while the name Europcar appeared at the top of the document Marjory was asked to sign, she didn’t directly contract with Europcar.

Her car underwent repairs at a panel-beating workshop, and as part of her insurance cover, she was given the use of a hired car.

The car was delivered to the workshop by Gage, an intermediary the Rice’s insurance broker dealt with.

Because Marjory does not have an email address, she wrote her husband’s email address on the form she was asked to sign.

The car was duly returned to the workshop and Marjory said no more of the matter. No damage was pointed out, she says, and she was not made to sign acknowledgment of any.

Rice points out that Gage took an imprint of his wife’s credit card at the time of handing over the rental car.

“So a claim like this should never have happened,” he says. “Usually car rental companies just debit the client’s credit card for any amounts owing.”

“Plus, we were never told about any alleged amounts owing by Gage or anyone else.

“This is absolutely unacceptable, given the past few years of harassment.”

Back to Nimble I went, to ask why they had not emailed that contract to Rice when Marjory first disputed having contracted with Europcar a few years ago. They’d had his address all along.

Their response floored me.

“This is a private matter between the Mrs Marjory Rice and Europcar. Unfortunately we cannot disclose any personal information.”

This from a company that just sent me the contract with all Marjory’s personal details on it: ID number, address, phone number, credit card imprint — the works.

And they were doing the harassing, not Europcar.

You really couldn’t make it up.

Next, I asked Europcar, part of the Motus group, whether it had proof that Marjory acknowledged any damage to the car when she returned it.

Did Europcar contact her with regard to payment in relation to that alleged damage before handing her over to Nimble?

Why did the company not simply debit her credit card for the alleged outstanding amount?

Motus’s legal adviser Danie Snyman said after the car was returned by Marjory “certain damage” was noted that needed repair. “Although not picked up at the time the vehicle was returned, the damages were telephonically confirmed with Mrs Rice shortly thereafter.”

“Due to an administrative error,” he continued, “the damage to the vehicle was billed to Mrs Rice, when in fact it should have been billed to Gage Car Hire.

“The relationship between Europcar and Gage Car Hire at the time was based on a full bill-back structure, meaning all damages to rental vehicles would be billed to Gage Car Hire directly and not a specific renter.

“Although this was an obvious error, the reason for it remains unclear, and we apologise for this misunderstanding;

“Europcar has instructed the appointed collection partner, Nimble, to stop with the collection process with immediate effect and to delete any personal information relating to this transaction and in particular pertaining Mr and Mrs Rice.

“We will be conducting a further review of the collection process, in particular the handover process, to ensure that this type of error does not reoccur.”

Gosh. I’m guessing there is no proof that Marjory was phoned “shortly” after returning that car, that she was told about the alleged damage and that she agreed to it.

But even if that’s what happened — despite Rice referring to it as “an outright lie” — that would have been too late.

Car rental companies must inspect their returned cars in the presence of their clients and any damage must be acknowledged by means of a signature by the client.

Clearly any damage noted after the client walks away from the car cannot be pinned on them.

Everything that happened after the return of that car was one hot, lamentable mess, culminating in years of harassment.

Finally Butch Rice got a call from a Nimble person last week, apologising for “the confusion”.

“I don’t think that they are well-practised in having to do this,” he told me.

MY ELECTIONS DIARY | Welkom to the pothole province

Broke and broken Emfuleni hopes to free itself from ANC stranglehold