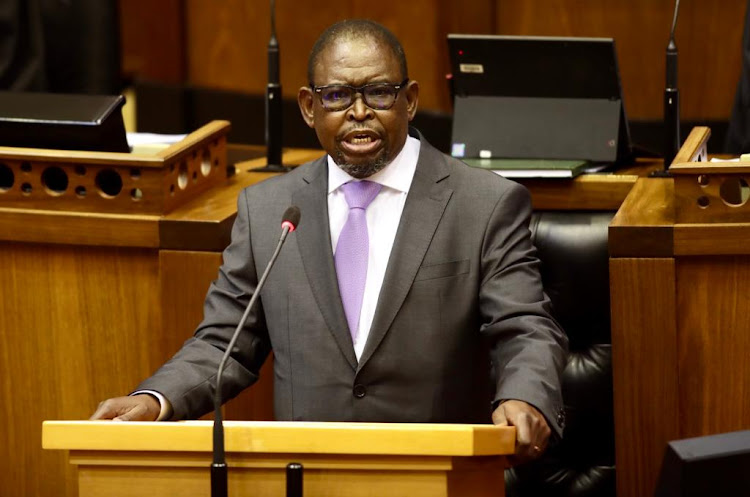 At an interaction with journalists before his maiden budget presentation, finance minister Enoch Godongwana was asked if he considered the midterm budget to be pro-poor.

“Is this budget pro-poor?” he repeated the question when responding.

“The SA government budget has always been pro-poor. It’s a message that does not sit  comfortably with a number of people but it’s a fact of life. Sixty percent of non-interest spending is funding the social wage. Whether it’s free nutrition, free education even at high school, free basic services, (social) grants ... what else should people do to prove they are pro-poor if 60% of non-interest spending goes to those services?”

True, the “social wage” is broad and includes spending on public education, health and various welfare programmes. There are almost 28-million beneficiaries, including the 9.5-million people who receive the temporary R350 social relief of distress grant.

However, Godongwana cannot escape the critique that he has followed the pathway of his predecessor Tito Mboweni by presenting another austerity budget. There was no other route. He is just three months on the job, and the medium term budget policy statement largely reflects the work that National Treasury has put in over many years, guided by the health of the economy and state of public finances. It gives little room for new policy pronouncements.

We don’t know what the finance minister’s private views on a basic income grant are, but even if he supported its introduction, Godongwana was not going to bang on tables at the Old Reserve Bank building on Church Square, demanding officials factor it into the MTBPS.

In the budget review, Treasury said while it noted the national debate on the possibility of a universal basic income grant, the introduction of increased social protection measures must be done in a sustainable measure to ensure “the fiscal balance does not deteriorate” and “must be evaluated against pre-existing priorities of government that remain unfunded, including basic services, education and healthcare”.

The ANC government is under immense pressure, within its own alliance and outside, to not only continue the social welfare benefit beyond March but to use it as a precursor to the introduction of a basic income grant.

Simply put: where should we cut to make money available for a basic income grant? Education, healthcare or provision of basic services?

The R350 grant is coming to an end in March. The ANC government is under immense pressure, within its own alliance and outside, to not only continue the social welfare benefit beyond March but to use it as a precursor to the introduction of a basic income grant.

When pressed on the end date for the R350 grant, Godongwana was right to insist that the choice on expanding it or not doesn’t lie with him or National Treasury, but is a policy decision that requires a cabinet nod. “Government has said they will extend up to the end of March. Whether they extend beyond that is government’s call. If that’s the position they take, they would then say they are directing resources from elsewhere to fund that extension.”

Gondongwana might not want to hear it, but this was an austerity budget.

Its primary message was fiscal consolidation — reduction in spending and borrowings, and reining in public debt.

Education and learning remains the biggest spending item, but expenditure on this item will only rise by 1.3% over the next three years. Spending on healthcare decreases from R259bn in 2021/22 to R254bn in 2024/25. Health spending has plateaued.

The current commodity boom has boosted tax revenue by R120bn, giving government more wiggle room. But this is cyclical; a boom may turn into a bust tomorrow and wipe out this entire windfall.

Electricity constraints remain a major risk to economic growth. National Treasury has welcomed the deregulation of energy supply to allow private players to sell directly to consumers but we are three years away from the first of such transactions. In the meantime we remain at the mercy of a broken Eskom.

Structural reforms are also slow. Treasury is pinning its hopes on the spectrum auction in March, but this will depend on the regulator and mobile telecom giants reaching agreements outside the courts. It is also hopeful that the freight rail network can be opened to third party players by the end of 2022, the eVisa system can start rolling out in March 2022 to promote tourism, and that the regime governing migration of skilled workers will eventually be reviewed.

Until all of this happens, the economy will continue growing at snail’s pace. Godongwana has assumed the baton from Mboweni as new the guardian of the public purse. He joked that the only difference between them is that he wears better shoes.

With the economy in such bad shape, he has no choice but to step into his predecessor’s ugly shoes and continue on the path of austerity.

I felt like I was dreaming when I saw them, says woman who helped Moti boys