Think SA’s in the dark now? Just wait till the ANC names its ...

Think SA’s in the dark now? Just wait till the ANC names its mayors

While Zuma feigns outraged ignorance, the reasons for SA’s gloomy situation are as clear as day 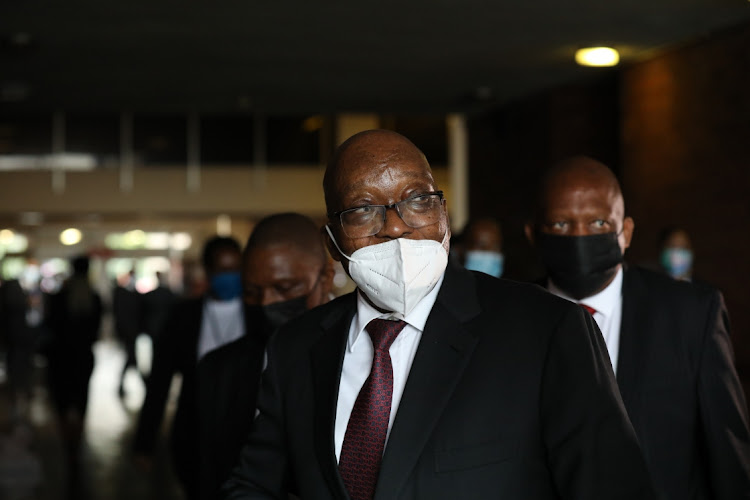 It takes a genuinely special sort of theatrical awfulness to top Jacob Zuma’s latest assault on our intelligence and morale, as he simultaneously plays the feudal overlord and the harmless moron by calling on his vassals to seize back on control of the ANC even as he asks someone to explain “what went wrong” in last week’s election.

Certainly, there are some strong contenders.

Reading the news on Monday required some unusually aggressive mental splitting, as Temba Bavuma’s excellent leadership shared space with the news that Athol Williams, a whistle-blower at the Zondo commission, had fled the country in fear of his life.

This week something new is coming, sweeping across SA in a broad front, evaporating money and time and condensing it into glittering failure that will fall onto scores of municipalities in a deluge of dysfunction and misery.

There was also Eskom, labouring under the misapprehension that giving people 25 minutes’ notice before you plunge them into thrice-daily blackouts is a way of reassuring them that there is a plan, rather than gently reminding them to liquidate their assets.

(Eskom explained that the latest escalation of blackouts was the result of a “major incident” at the Cahora Bassa dam in Mozambique. I know what you’re thinking, but you’re wrong: there are no ANC fact-finding missions in Mozambique right now, and even if there were, no senior party members have stuck their tongue into a wall socket since the Health and Safety Show-And-Tell of 2019.)

All of this, however, feels more like climate than weather.

We know that, where Zuma and his confederates are concerned, the barrel has no bottom and is simply a little wooden tunnel down into maze made of more bottomless barrels, in which broken people huddle around braziers, burning other people’s money as they dream of cheering crowds and exquisite revenge.

We know that whistle-blowers get murdered in SA, and that the rot, as Williams wrote in his farewell letter, extends far beyond a few bad apples.

We know that blackouts will continue for years and, if things go badly for us, possibly forever, as is the case in Nigeria where a dysfunctional government can supply only about nine hours of electricity a day, the rest being generated by tens of millions of privately owned generators.

As I say: climate, not weather.

But this week something new is coming, sweeping across SA in a broad front, evaporating money and time and condensing it into glittering failure that will fall onto scores of municipalities in a deluge of dysfunction and misery.

Yes, this week the ANC is descending on the provinces to interview prospective mayors, a process that was delayed until after the election because, I assume, the bankrupt party wanted to see precisely how many paper-shredders and panic rooms it would be buying and installing.

It will be a circus, of course, but in some ways it will also be much harder than it sounds.

For starters, there’s the conceptual contradiction inherent in the appointment of an ANC mayor. Mayors are, by definition, administrators, whereas the ANC is, by definition, a vandal. The one disqualifies the other, and the stooges who end up being ANC mayors will have to be arsonist firefighters and atheist popes.

Finding such people through the traditional interviewing process will also be very tricky, given how that process tends to focus on intellectual and emotional traits rather than, say, a candidate’s ability to curl up very tightly into the boot of a car as they are redeployed to their friend’s basement because nobody at the office can remember the PIN code of the panic room, and besides the power is out so the damn thing’s door won’t lock anyway and the intern tasked with holding it shut no matter what wandered away at lunchtime and hasn’t come back.

Luckily, the ANC has announced a list of weighted criteria which will help interviewers find the most capable, charismatic, progressive and honest candidates, and then make sure they are pushed out into the private sector as soon as is humanly possible.

According to the ANC, candidates can score a maximum of 20 marks for “political and leadership experience”, 15 for “executive management, policy and governance experience”, 10 for “community experience and social facilitation” or “basic services and revenue generation”.

The lowest-scoring categories, earning candidates a measly five marks each, include the sort of pointless things nobody wants in a mayor: “qualifications”, “financial management, budgeting and interpretation of finances” and “core values and ethical conduct”.

Admittedly, there are a couple more categories offering a few more marks, but you don’t have to be a human resources expert or a political pundit to see the writing on the crumbling wall of your local ANC-run town. It’s basic arithmetic: since there’s essentially no difference between “political and leadership experience” (20) and “executive management, policy and governance experience” (15), a semi-sentient party fart-catcher who scored literally zero for their ethics, qualifications and financial literacy could walk into that interview with 20 marks more than a qualified, honest auditor.

Of course, it’s possible that these figures are only guides or suggestions. If Angie Motshekga has had anything to do with this process, candidates might only need to get 30% overall to qualify.

But however they’re chosen, those numbers — or at least the unapologetic and cynical intentions behind them — don’t lie.

By feigning outraged ignorance, Zuma continues to pretend that he doesn’t know how the ANC and the country have reached this nadir. But he knows the truth, as we all do: this week, and every one like it, is what went wrong last week.