Best you check that funeral policy. It may have been dead at ...

Best you check that funeral policy. It may have been dead at birth 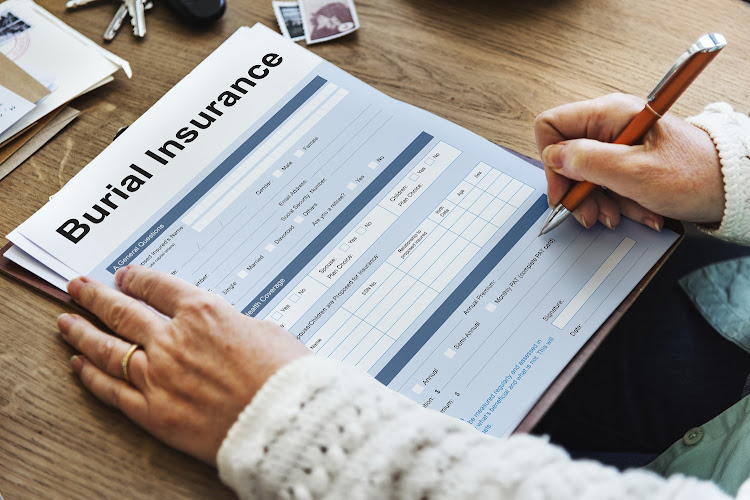 RIGHTING WRONGS PEP says efforts are being made to contact clients whose policies may not be valid.
Image: 123RF/Rawpixel

If there’s one insurance policy the average South African is going to set aside money for every month it’s a funeral policy.

And thanks to well established partnerships between insurers and retailers, it’s oh so easy to sign up and pay those premiums every month.

You can pay your Hollard funeral policy every month at Ackermans, Game, PEP or Tiger Wheel & Tyre, for example.

“Through our chain of retail stores, we offer a comprehensive funeral policy for anyone,” Hollard says on its website.

Click on PEP and you’ll see this: “A South African institution, PEP started with just one store in 1965. Today, we’re the largest single retail brand in the country with over 1,500 stores in Southern Africa.

“Along with our range of consumer goods, we offer comprehensive funeral plans ... We cover adults of any age, from 18 years old right up to senior citizens.

“Simply take your ID book to any of our stores in South Africa, and choose the cover option that suits you, from R2,500 of cover up to R12,500. You don’t need to have a bank account to have a policy with us, as you can pay your premiums at till points in any of our stores.”

Madoda Magena, who is employed by a garden service in Ballito on KZN’s North Coast, took out a funeral policy at PEP in January 2011 for his grandmother, then 84.

And every month for the next decade he travelled to a PEP store to pay the R50 premium — more recently R65.

Forster got no answers to her questions about how the policy and her employee’s payments were accepted, and for so long, but she did get an email address to which to send a refund request on his behalf.

But while his grandmother is still very much alive at the age of 94, he recently discovered that the policy was dead from day one.

His story was brought to me by his employer, Debbie Forster, who only recently found out about the funeral policy that never was, and never should have been.

In August, Mangena approached Forster about something odd on the printed receipt he got from PEP when paying the premium.

The “slip” had the word “Unknown” on it and he asked Forster to ask Pep about that.

But a month later, the same “Unknown” appeared on Mangena’s slip.

Forster called PEP again and got a different answer.

Never mind that PEP markets this funeral policy as covering adults “of any age”.

Forster got no answers to her questions about how the policy and her employee’s payments were accepted, and for so long, but she did get an email address to which to send a refund request on his behalf.

She duly sent that email and, quite some time later, Mangena was refunded R6,488 — the sum of all the premiums he’d paid since 2011.

“But what about interest?” Forster asked.

“I was told there would be no interest paid because it wasn’t an investment account.”

That’s when she turned to me for advice.

I took up the case with PEP, asking how withholding the interest on that R6,488 was justified and how it was possible that Mangena had paid into an invalid policy for more than a decade. And as these cases are seldom once-offs, I asked whether Hollard and/or PEP had checked to see how many other invalid policies for “unknown” senior citizens it had on its books, informed those families and issued refunds?

PEP began its response by saying that interest of R2,539 would be paid to Mangena, “and are confident that the situation has now been correctly resolved”. “We would like to take this opportunity to apologise to Mr Mangena, and his employer, for the confusion and inadequate service experienced at our hands.”

While the policy was flagged as being null and void, this was not communicated to PEP’s front-end premium collection system, which meant that no one was in a position to notify Mangena of this fact [when he went in every month to pay his premium].

Mangena purchased the PEP Senior Policy, underwritten by Hollard, for which the maximum entry age is 75, the company told me. “This is disclosed in the blister pack at time of purchase.”

Right, so if the consumer doesn’t notice that, it’s not pointed out to them and the system allows for the creation of an invalid policy followed by the payment of 128 premiums in respect of it?

I’m pretty confident that computers can be “programmed” to ensure that can’t happen. But Hollard did pick up the problem, in the very month Mangena took out that policy and did something about it too.

Using the phone number he’d supplied when taking out the policy, they called him three times that January, each time unsuccessfully. I was sent the call records to prove it. And that was that. The insurer never tried again, not once in the next 10 years, despite proof on its system that the company had been unable to tell Mangena of the problem via phone.

“However, while the policy was flagged as being null and void,” PEP pressed on valiantly, “this was not communicated to PEP’s front-end premium collection system, which meant that no one was in a position to notify Mangena of this fact [when he went in every month to pay his premium].

“We are investigating this with our partners at Hollard.”

It’s also “important to note”, PEP told me, “that Hollard’s standard procedure is to pay interest on such refunds and Mrs Foster should not have had to request interest”.

Not only did she have to request it, she was told Mangena wasn’t getting it. That interest payment only materialised after my intervention.

Again, some fixing needs to happen there, clearly.

As for my question about the possibility of others unwittingly paying into invalid policies every month, PEP said: “There is an ongoing project and effort in place to contact clients whose policies may not be valid in terms of normal industry practice relating to outstanding policy administration and other similar information requirements.”

Yes, I had to read that sentence three times too.

Pity that project and that effort didn’t pick up Mangena’s 10-year-old problem.

And how many others?

I guess that remains “unknown”.