If Monday’s triumphant parties do not show good faith and citizens do not pay attention, democracy will be history 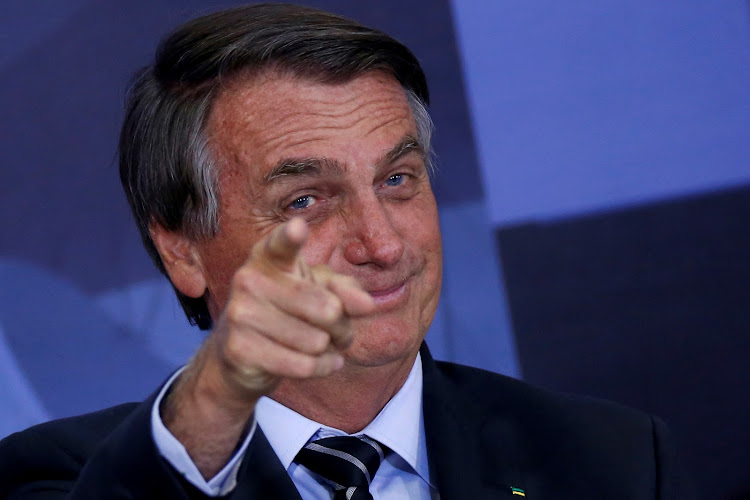 GOD HELP US Analysts say SA is ripe for the emergency of a right-wing, authoritarian leader in the mould of Brazil's Jair Bolsonaro, so get to it, politicos, and prove them wrong.
Image: Adriano Machado

The potholes that were there on Sunday were still there on Tuesday. South Africans are not stupid. It took six local government elections since the end of apartheid to drive home a simple point — that you can vote till you’re blue in the face and it will make absolutely no difference to your material existence, especially if, like many of your fellow citizens, you are struggling to survive from one day to the next.

On the day after the municipal elections on Monday, load-shedding resumed and the petrol price shot up to record levels. This time the hasty handing out of cheap homes, the shameless doling out of cash and promises of utopia simply did not land. Officials were scrambling to explain record low voter turnout. The rain. The virus. The faulty machines. It’s quite simple, actually. The people are gatvol.

The loss of faith in public institutions is cause for serious concern. After all, as a citizen you have direct experience of the daily hardships visited on your life by government. The trains no longer work. The taps are running dry. The electricity goes off in the middle of your working day. You vent, you scream, you fight, you blame. It makes no difference. You fold into a crushing ball of anger. You relent. And then some idiot comes along with this priceless piece of wisdom: if you do not vote, you lose your right to complain.

That is why the only minority party that made inroads in this election is led by a man who is accused of being an outspoken xenophobe. His alleged selling point? The problem is external, the bloody foreigners in our country who are taking your jobs. Read the signs, people.

Analysts such as Prof Adam Habib of the School of Oriental and African Studies (University of London) are correct. The conditions in Mzansi are ripe for a right-wing, authoritarian leader to emerge. A strongman like former US president Donald Trump or Brazilian president Jair Bolsonaro, who sells the dangerous lie that your problems are simple and that he alone can fix them. That is why the only minority party that made inroads in this election is led by a man who is accused of being an outspoken xenophobe. His alleged selling point? The problem is external, the bloody foreigners in our country who are taking your jobs. Read the signs, people. We are in grave danger of a populist leader inflaming a populist insurrection that will make the July riots look like a world peace imbizo.

This is what happens in a country where the rules no longer apply. We do corruption on an industrial scale. Killings of political competitors are now commonplace ahead of local elections. We no longer wince. Our leaders are so shameless they play games with us; remember when they made former president Jacob Zuma head of the government’s moral regeneration campaign? We are now in uncharted territory. The vote no longer conveys that mystery of democracy (“almost sacred”, said the late John Lewis of the franchise) or holds that treasured meaning for those of us who could not vote until well into adulthood. It has become a meaningless gesture for many.

Whether the voter management devices (VMD) of the Independent Electoral Commission (IEC) worked or not is the least of our problems. Neither of the two larger parties seem capable of a politics that is more just in its capacity to reach into and transform ordinary lives. In fact, to many voters the ANC is irreparably corrupt and the DA irrevocably racist. That might be too harsh, but the only way out of this quagmire is for the parties that win to demonstrate good faith and restore the confidence of ordinary people that their vote has purchasing power. If the alliances that now seem inevitable lead to constant infighting among unhappy bedfellows as they jostle for power, that would only further devalue the meaning of the vote as an instrument for change.

It is a long slog, but there is no other way to rebuild faith in electoral democracy. The problem is decidedly not voter education. Don’t play guilt games with the youth by telling them they owe it to the sacrifices of an older generation to show up and vote. They owe us nothing. What we owe each other is a system of democracy that works in and through the lives of every citizen every single day rather than in four-year electoral cycles.

This will not be easy. Far too many who run for municipal office do so out of desperation for a job. That’s fine, but the job need not only be about the politics of the stomach, but also about service and duty to those who elected you. Perhaps that is too much to ask inside a culture of corruption that has enveloped most municipalities.

And yet it is our only hope of avoiding a slide into authoritarian populism where, in time, the legitimacy of election outcomes is rendered illegitimate. It can’t happen here?

We ain’t fools, DA and ANC. We see your gaslight at the end of the tunnel