Low voter turnout is a rejection of major parties and unless they provide solutions to our issues, we’re in big trouble 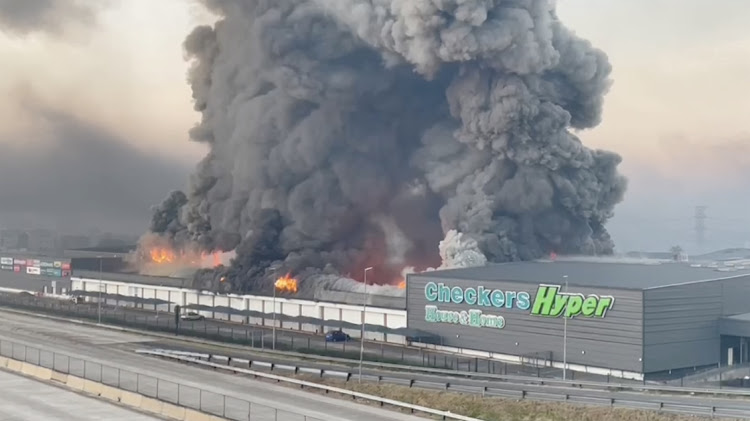 PRECURSOR? The Brookside Mall in Pietermaritzburg was among retail centres targeted by protesters in July.
Image: Twitter

It is not just the ANC that must be worried about Monday’s low voter turnout. South Africans should be concerned that a large majority of our countrymen and women seem to have lost trust in our political system.

The decision to stay at home instead of making their mark at the polls is a clear sign it is losing legitimacy, with citizens no longer believing politicians have the will to solve their problems.

This spells disaster in a country with high levels of unemployment, poverty and hopelessness. History tells us that when people lose trust in their leaders, they resort to leading themselves — and there is nothing more dangerous than a leaderless revolution.

More than 10 years after the Arab Spring uprising to remove president Zine El Abidine Ben Ali’s regime, Tunisia remains a scene of never-ending protests. Rampant corruption and unemployment persist. Some say the country remains the same as it was before the revolution, which did not deliver the intended outcome. Disillusioned youth seek to emigrate to Europe for better opportunities.

The recent unrest in KZN and Gauteng should be a warning that a revolution is coming and unless we make serious economic changes – ensuring as many citizens as possible become active participants in the economy – we are headed for a catastrophe.

The recent unrest in KZN and Gauteng should be a warning that a revolution is coming and unless we make serious economic changes — ensuring as many citizens as possible become active participants in the economy — we are headed for a catastrophe.

While the ANC suffered humiliating losses in the local government elections, opposition parties did not emerge as winners either.

Voters punished the ANC for failing to deal with rampant corruption and its incompetence at governing, but they didn’t reward the opposition with votes. All political parties failed to provide policy proposals that will bring about the change this country needs.

The DA, the official national opposition, gloated about its record in municipalities where it governs, one that is questionable given the experiences of residents in Khayelitsha, Langa, Nyanga and Manenberg on the Cape Flats.

The EFF insulted voters’ intelligence by promising poor South Africans heaven on Earth, knowing very well none of its promises are achievable in the near future.

This created a conundrum for voters who felt a sense of hopelessness.

It is no wonder then that in some parts of the country voting booths were empty for most of the day. It is time our leaders in politics, civil society and business effect discussions on what needs to be done to materially change the lives of South Africans. Such discussions should involve citizens.

Failure to tackle this country’s issues head on could see a recurrence of July’s events, with all of us joining the fray.