Why I voted and how I decided who to vote for

Why I voted and how I decided who to vote for 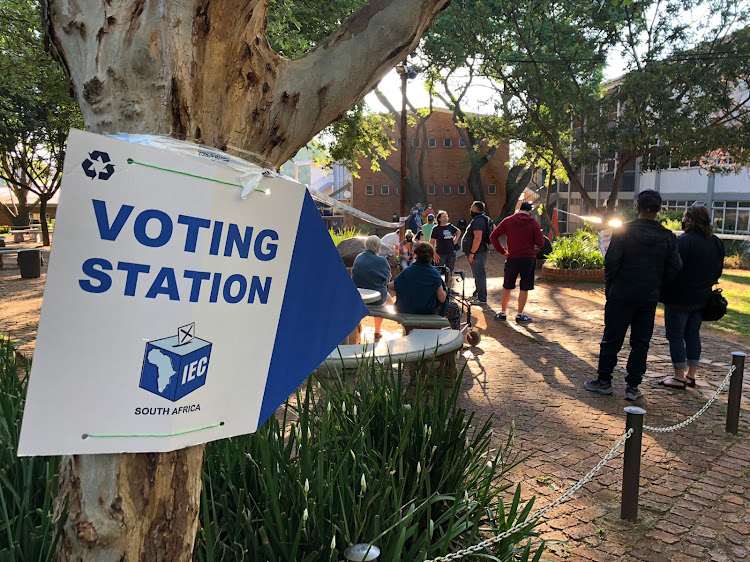 People queuing at Bryanston High School in Johannesburg just before the polls opened at 7am on Monday. The queue had more than doubled in length 30 minutes later.
Image: Riaan Wolmarans

I tried to keep feelings out of my decision-making process when I went to vote on Monday morning. I did not succeed because disappointment in the options on the ballot paper is an apt response to the state of the political race.

Given that I knew beforehand that I was not entirely happy, why did I decide to vote at all? And, more crucially, how did I decide who to vote for?

Not voting at all only makes sense to me if the effect of a low voter turnout would be to begin some kind of reform of our politics. That, in turn, presupposes our politicians are capable of being shamed into changing their ways. It assumes our politicians would recognise an erosion of their political legitimacy as a result of lower voter turnout. I do not see what reasons we have to believe these massive assumptions to be true. After all, for many years excellent oversight mechanisms, from fiercely independent and vigorous media to the work of social justice organisations and constitutional and other oversight bodies, have unearthed evidence of unlawful and unethical behaviour by many politicians, civil servants and private interests. But political morality is not a concept imbued within our politics.

Little has changed, even in the face of compelling evidence of wrongdoing. So why would an even more subtle form of accountability, in the form of protesting disappointing politics by staying away from the polls, make politicians feel bad about letting us down? They will simply continue in their old ways despite the message embedded within an apathetic response to the elections.

Besides, no one gets to escape the legal power of a municipality by saying they had not voted in that year’s election. You will be and are subject to the decisions of a council regardless of how you feel about that council. That, to me, suggests that even if you are gatvol with politics, it is imprudent to not vote because you will be subjected to the council that will, as a matter of legal fact, come into existence in the next few days. So, it is in your selfish interest to shape that council despite not liking the options available to you.

I decided this morning that the way to square this circle is to lower my expectations. Instead of asking: “Which candidate is ideal?” I asked the more realistic question: “Which candidate is the least bad?” Voting is not an exercise in ideal theory. Leave ideal theories about politics for political philosophy seminars. In our world, given that councils will come into existence as a matter of law, choose people who will do the least damage to your ward and to your city or town. Yes, I am afraid the nexus question has settled around this kind of damage-minimising decision-making.

For similar reasons, spoiling your ballot does not make practical sense because it wrongly and optimistically assumes politicians will think long and hard about the message you are sending them. They won’t. So, rather focus on choosing people, and choosing the least bad.

Who did I end up voting for? There were 26 ward candidates on my ballot papers. Not one of them deserves my vote. None of them bothered to find the residents of my ward, and to talk to us about why we should vote for them. Only about five of them bothered putting up posters in the area, and even these ones think face recognition counts as making an argument.

Who did I end up voting for? There were 26 ward candidates on my ballot papers. Not one of them deserves my vote. None of them bothered to find the residents of my ward, and to talk to us about why we should vote for them.

Students who ran for student representative council positions at my university were more deserving of my student vote. They had the decency to go to halls on campus, make a case for their candidacies and field questions. Not so with the 26 people listed on my ward ballot.

I am ashamed to say I had to resort to Google and social media. Most candidates may as well be dead because there is no trace of them online. That is dangerous. Anyone running for a ward in an urban area in the economic heartland of the country, but who is a digital ghost in 2021, should be treated with the same suspicion as a Herbalife salesperson. (Actually, that is unfair. At least Herbalife irritants have a digital presence and are often nice to look at.)

I decided to make my life easier by simply eliminating candidates who were running in too many wards. These ones were hoping to throw the kitchen sink at voters everywhere and to emerge with at least one or two seats overall in the municipality for their newly formed political outfit.

There were many candidates running in more than 20 wards. How on earth can you be uniquely interested in and knowledgeable about the specific issues in my ward if you are running for half of Johannesburg?

I decided that even though it is expedient, it is not unfair to ignore people who could not possibly care specifically about my ward. They were probably simply looking for income. I have sympathy for those who are struggling with unemployment, but I want a ward councillor who is from my area, lives in the area and cares about the issues affecting us in my area. That narrowed down the list to no more than about five folks, mercifully.

What is scary is that among the five candidates left, only one had a digital life I could look at. I found a video of the person picking up litter in my ward. The former lecturer in me is embarrassed to say I used that thin evidential basis as a tiebreaker between my candidates.

The cleaning-up exercise could have been a gimmick. I also do not like the political party this person comes from. But I reminded myself this is not a national election. I have friends in common with this person on Facebook, and I could easily find them if I need to hold them accountable during their term. I know their leader, professionally, very well, even though I do not like the party’s main views. They are also very young with excellent and relevant educational qualifications. They could surely not do worse than those who have had plenty of opportunity thus far. That was how I arrived at deciding the ward vote.

Choosing which party to vote for on the PR ballot was a little less painful. I decided to turn my vote into a referendum of past performances. Who has had a chance to run the city before and how did they do, in my opinion? Do they deserve to be returned? If I think they stuffed up, then they were not to be returned to continue stuffing up Johannesburg. That would make me a victim of Stockholm syndrome. Life’s too short to be that irresponsible.

Our founding constitutional parents chose a multiparty system for good reason, and we are not short of options. However, despite the arguments of former DA leader Mmusi Maimane, I did not assume independent candidates and new formations are inherently better or politically trustworthy just because they are not the ANC, EFF and DA.

After all, many independent candidates were among the culprits running for more than 20 wards. However, fortunately there are smaller parties with experienced politicians and I decided to think long and hard about whether any of them would be useful to support, even if the possibility of complex coalitions were to become a reality.

I decided, in the end, that complex coalition politics is preferable to reinforcing the arrogance of those who think they are entitled to our votes just because we have always voted for them, as if it is compulsory to do so despite their poor track records. All that remains is to wait and see how our collective decisions play out in the days ahead.

Eusebius McKaiser is a Sunday Times Daily contributor and analyst.