No more excuses: G20 must give surplus shots to nations in need. ...

No more excuses: G20 must give surplus shots to nations in need. Now

According to data, 240-million unused vaccines are available for redistribution. They could be made dispatched now 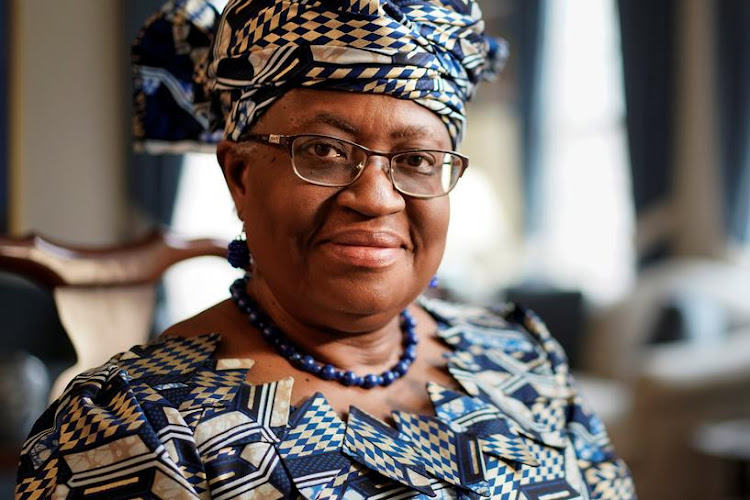 LET'S PREPARE World Trade Organisation (WTO) director-general Ngozi Okonjo-Iweala is among those calling for a Global Pandemic Preparedness Board to prevent a repeat of the Covid-19 tragedy.
Image: Joshua Roberts/Reuters

More than nine months since the world’s first Covid-19 vaccines were administered and four months after the G7 promised it would vaccinate the whole world, Africa waits. Seventy percent of western adults have been fully vaccinated, but still less than 5% in Africa. Of the 8-billion vaccines manufactured, only 28-million have been administered in the world’s low-income countries. The promise that all continents would be vaccinated together has not been honoured. The world’s September 2021 target that all health workers and the vulnerable elderly in every country would be immunised — about 10% of the population — has been missed in 56 countries, 39 of them in Africa. On current trends, there is no chance of meeting the December target of at least 40% coverage in all countries.

But there is a way forward. Currently, 240-million unused vaccines are available in the US, EU, UK and Canada for redistribution, according to data research agency Airfinity. These doses can be airlifted out from global north to global south immediately. Another 230-million can be dispatched by the end of November, with 112-million more in December and 280-million in January. We believe another 245-million could be redistributed in February, adding up to 1.1-billion. These are vaccines sitting in storage or those about to be delivered to western governments, and could instead be deployed to meet our goals.

Indeed, rich nations may throw away as many as 100-million doses of expiring Covid-19 vaccines by the end of the year, instead of donating them to Africa and low-income countries, where deaths from the pandemic are accelerating. This appalling waste of some of the most precious resources modern medicine has ever produced is set to occur because of an inexplicable delay, on the part of the world’s richest nations, to give away vaccines they don’t need and can’t use before doses become too old.

The UK has demonstrated that with less than 100-million vaccines, more than 100,000 lives have been saved. So imagine how many more lives could be saved if we can get these unused doses to the unvaccinated and unprotected people who need them.

The US, Europe, China and India are now producing about 1.5-billion vaccine doses a month, a level that is expected to reach 2-billion monthly by December. That is more than enough to meet global goals set by World Health Organisation (WHO) efforts to first vaccinate at least 40% of people in low- and middle-income countries by the end of this year and 70% by the middle of next year.

This looming crisis results from a near-miraculous transformation in the dynamics of the Covid-19 response. For 20 months, the world raced to develop, test and manufacture enough vaccines to save lives and reopen economies. Rich nations prioritised saving their own populations, where the vaccines were developed, while developing countries largely had to wait. But even with the well-known struggles of a few manufacturers, vaccine-makers in the US, Europe, China and India are now producing about 1.5-billion doses a month, a level that is expected to reach 2-billion monthly by December. That is more than enough to meet global goals set by World Health Organisation (WHO) efforts to first vaccinate at least 40% of people in low- and middle-income countries by the end of this year and 70% by the middle of next year.

Transferring excess vaccines from the global north to the global south would be an act of statesmanship, but it is not just charity. It is in our collective self-interest — north and south — to mobilise all our resources to prevent the disease spreading and mutating, to come back to haunt even the fully vaccinated.

That is why we are calling upon G20 leaders, before their meeting on Saturday, to commit to a huge, month-by-month campaign to deliver these surplus vaccines. If necessary, they should call upon their military forces to immediately begin an airlift of these shots.

But only the leaders of the major economies can make these decisions. They, not the WHO, nor the International Monetary Fund (IMF), nor bulk purchasing authority Covax, hold the unused vaccines, and so the representatives of western states with the most available doses — the US, EU, UK and Canada — should meet in the next few days to draw up a month-by-month timetable to get soon-to-be-wasted vaccine doses to low-income countries as soon as possible with, hopefully, other G20 members soon joining the initiative.

Some countries will need assistance on the ground to effectively get the shots into arms. The G20 should give organisations such as the World Bank, the WHO, Unicef, Gavi and others the authority and, if needed, resources, to mobilise these efforts. And we must never leave ourselves unprepared for any future crisis. That is why we favour the establishment of a Global Pandemic Preparedness Board of health and finance ministers, as proposed by director-general of the World Trade Organisation (WTO) Ngozi Okonjo-Iweala, Singapore senior minister Tharman Shanmugaratnam and former US Treasury secretary Lawrence Summers, with the support of Mario Monti, the former prime minister of Italy. Through it, $10bn (about R147,5bn) can be mobilised each year to build the infrastructure to prevent a repeat of the Covid-19 tragedies. African, Asian and Latin American countries, whose health infrastructure needs the greatest investment, stand to benefit most from this plan. The 2021 Italian G20 would earn an honourable place in history by securing agreement on its creation.

President Félix Tshisekedi is chair of the AU, Michel Sidibé is head of the African Medicine Agency and Gordon Brown is WHO ambassador for global health financing and a former UK prime minister.

LISTEN | It’s an election with a lot of big question marks: analyst