The people of SA can see through this blatant vote-mongering

The people of SA can see through this blatant vote-mongering 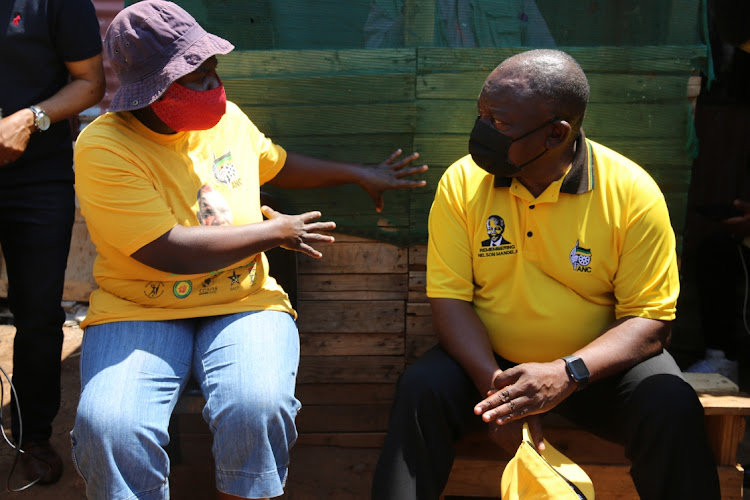 OUT OF THE WOODWORK ANC president Cyril Ramaphosa leads his party on the campaign trail in Tshwane on Friday, encouraging residents to give the ruling party another chance in the upcoming local government elections.
Image: Thapelo Morebudi/The Sunday Times

There is a road in my mother’s village. Unlike the road in Ixopo made famous by Alan Paton in Cry, the Beloved Country, my road is not beautiful. It has never been beautiful.

It stretches about three kilometres from Mr Mathibe’s shop — where I used to buy bread and sweets as a child and the bullies would wait to beat up nerdy kids like me — to the newest part of New Eersterus village, in Hammanskraal north of Pretoria, where some of my childhood friends now have homes.

The road was terrible in the 1970s when my family arrived at the village. It was terrible too in the 1980s, when the police shot and killed a young man who was protesting against the detention of children near Mathibe’s shop. They did not fix the road.

When it rains the road is a gully, a river, a dangerous place from which mothers pull their children in fear, lest they be swept away by the floods that build up in the road. When I bought my first car and went to show it to my mother, one of the wheels got caught in a trench on that road. I could not drive out of it and had to be pulled out by a tractor.

Where have they been these past five years? They talk and talk, get your vote and then leave.

There is a point on that road, near my late friend Thomas Lethole’s family home, which has been impassable in rainy weather since the 1980s. About 12 years ago, just before the 2009 elections, the road was levelled and tarred.

A storm water drainage system was installed. Things didn’t go too well. The people of my village, well, they dumped their rubbish in the drains. For years I have been asking people: why? The answer is always that people are not educated. I don’t know.

After a year of rains the very poor quality tar was swept away by rains. The stormwater drains got blocked. The road was eroded. The people cursed the Tshwane municipality. The road was not fixed. The ANC received a comfortable win in 2016.

I drove to my mother’s village yesterday. What a pleasant drive. It was 32°C. There were posters alongside the main road into the village. Parties from the ANC to Defenders of the People (they are making headway in Limpopo) have posters looking down on you from the municipal lights.

I got to Mathibe’s shop. I turned into the road. I nearly crashed my car. The road is under construction. Pre-laid brick is lying on the side of the road. Workers are all over the place. It’s all go.

I cannot tell you how much cynicism there is in this village about the road. Not many in the village can say who is responsible for the road, but about one thing they are clear: politicians are playing cynical games. An election is coming up, and the Tshwane municipality only decided now that it is time to repair and rebuild this road? People are asking why this road has not been fixed all along. Does the DA expect votes from us because of this road? Does the ANC councillor expect votes from us because this village has consistently given the ANC huge majorities here?

We are a week away from the local elections. There was much activity in this small village yesterday. The newbie Defenders of the People was staging a rally in the local park. The gentleman who does my mother’s garden had received a haul of four T-shirts. Someone pressed a T-shirt into my friend’s hand at a funeral. The African Transformation Movement (ATM) was handing out leaflets and entreating shoppers at Jubilee Mall to vote.

Yet everyone I spoke to in the village was just disgusted with local politics. Some said the ANC was only seen now that the election was around the corner. “Where have they been these past five years? They talk and talk, get your vote and then leave,” a woman told me.

They were disdainful of everyone else. Julius Malema and his EFF are taking stick for their consistently (and rightly, in my view) pro-African outlook in an area where Herman Mashaba’s messages against illegal immigrants resonate deeply. The new parties — DoP and ATM — are seen as essentially people who are looking to make a quick buck.

The DA — which runs the Tshwane municipality — was dismissed by a man wearing a DA T-shirt as building the road to garner votes. Yet he pointed out what he said was a crucial fact.

He said he is not voting on Monday. Just like everyone else I spoke to yesterday.

Steenhuisen should also be thrown off the cliff for that interview