Replacing one with another isn’t enough. Rigorous criteria that insist on unquestionable track records are needed 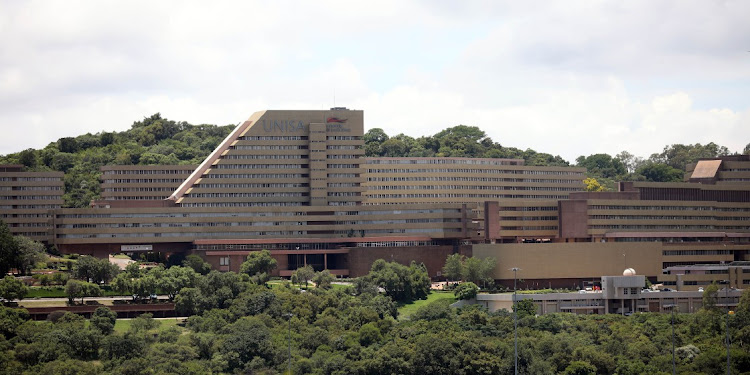 DYSFUNCTIONAL 'There also seems to have been a deliberate and systematic plan, over a sustained period, to establish a corrupt network which has resulted in institutional capture,' was among the findings of a ministerial task team report into Unisa.
Image: Antonio Muchave

You’ve heard of state capture? Welcome to a new term making the rounds in Mzansi, institutional capture. It’s what happens when public and private interests collude to commandeer university resources for corrupt ends. In a study of dysfunction in 12 South African universities over 25 years, I have found a disturbing pattern of corruption that causes and benefits from chronic instabilities in those institutions. The provisional title of the forthcoming book is Bewitched?, a reference to a recent headline in a Sunday newspaper that asked: “Is the Vaal University of Technology an institution bewitched?”

Bewitched is, in Zulu idiom, a frustration expressed when we cannot explain seemingly complex things, such as a university that has been placed under administration two or three times, but sinks right back into disrepair when the administrator leaves. Of course, the dysfunctional universities in SA are not bewitched, they simply remain hobbled by an unresolved institutional capture.

The findings in last week’s devastating report on Unisa by a ministerial task team are not at all exceptional, even if they makes for disturbing reading: “There also seems to have been a deliberate and systematic plan, over a sustained period, to establish a corrupt network which has resulted in institutional capture.” The word “seems” can be dropped from this polite form of English writing.

SA’s 26 public universities represent an R86.8bn enterprise in terms of total income. That type of revenue attracts all types of vultures from inside and outside the institutions. When state capture was at its peak under former president Jacob Zuma, institutional corruption spiked, especially as millions poured into the coffers of universities in the form of infrastructural funds. Who were the actors in the institutional capture drama?

Students are ideal targets for off-campus operators for they can cause havoc on campuses; the mere threat of shutdown often forces the hand of management to concede on matters they know encourage corruption.

First, council members. In dysfunctional universities, the bad ones outnumber the good ones. The former are often proxies for outside interests, serving on council with the sole purpose of extracting resources for illicit gain. Sometimes they don’t even pretend to stand in for external parties — these corrupt members of the highest decision-making body in a university simply represent themselves. They demand that their companies do business with the institution.

The competition is fierce, often violent and sometimes deadly. Ask the family of Prof Gregory Kamwendo, who was sitting in his car in Empangeni when inkabi (assassins) pumped bullets into his body on the instruction of a fellow staff member from the University of Zululand. Ask the woman who was hacked on the campus of one of our health sciences universities. Or the council member in a wheelchair who was paralysed by gunmen after it was found he won a tender at his university. More than one vice-chancellor now works with armed gunmen in attendance 24/7.

Student leaders and union leaders sometimes ally around progressive causes, such as putting an end to outsourcing, but no one writes about their collusion in ejecting an ethical vice-chancellor or corrupting the procurement processes or taking over the staff appointment functions of a university. In one dysfunctional institution, the two campus unions run the appointments processes for academics. Captured!

Students are ideal targets for off-campus operators for they can cause havoc on campuses; the mere threat of shutdown often forces the hand of management to concede on matters they know encourage corruption. After more than 110 interviews with university leaders of all types (administrators, vice-chancellors, senior academics, policymakers, planners, consultants and so on), I have heard this refrain for the dysfunctional institutions: “Here the union runs the university.”

Even in the middle of an existential crisis such as a pandemic, an emergency requisition for state-funded laptops became embroiled in corruption politics. Students desperately in need of the devices for online learning had to wait for months as a combination of incapacity and venality scuppered the procurement process and placed their education at risk. As the book will reveal, the political classes on the outside were not uninterested parties in the processes that cemented institutional capture in these universities.

What does all of this mean? Quite simply, that replacing one council with another, while absolutely necessary in the case of Unisa and others, is not enough to break the stranglehold of institutional capture that afflicts several universities. For one, the flat stakeholder model of governance in universities has run its course. Councils are far too big and vulnerable to outside interests. Also, the criteria for selection to councils (and for that matter, to executive management of universities) must insist on the highest standards of professional competence and a demonstrable track record of ethical behaviour. To recapture institutions of higher learning to deliver on their academic mandates will require nothing less. Otherwise, expect more administrator appointments and more Unisa-type reports to “shock” us.

Adolescents getting jabbed could be ‘wake-up call’ for elders: top prof