Poll chancers: politicians who make false promises must be ...

Poll chancers: politicians who make false promises must be punished 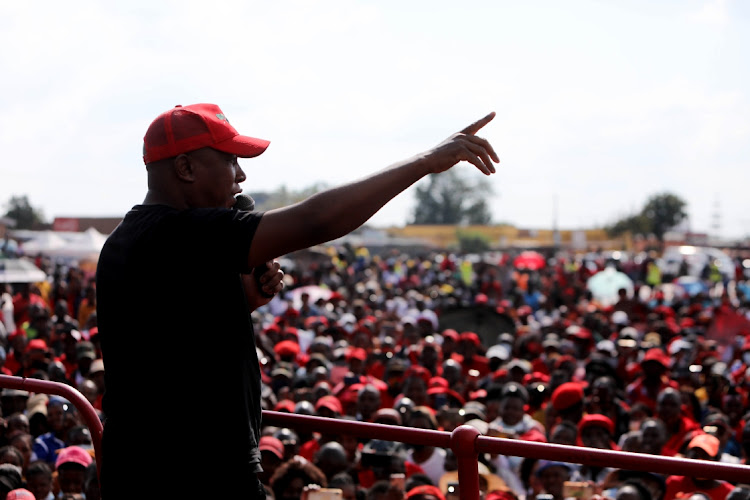 Politicians who knowingly make pie-in-the-sky promises during election campaigns should be investigated by the Independent Electoral Commission (IEC).

Making false, unachievable claims is unethical and dishonest, and intended to deliberately deceive voters, many of whom are desperate, illiterate and do not know better. It now appears that even election campaign speeches have been captured.

Outrageously false promises undermine the credibility and legitimacy of, and trust in, the country’s electoral system and politics broadly.

Increasingly ahead of elections political leaders do this to get votes.

To promise poor, desperate and illiterate voters things that are patently undeliverable demonstrates shocking disrespect for them and disregard for the truth. It is not in the best interests of the constituencies they purport to serve or those of the country.

False campaign information, particularly in a society such as SA, with its high levels of illiteracy and rural and township citizens who often do not have access to credible information, undermines the credibility of truthful, fact- and evidence-based information, as unknowing citizens believe what they hear from cynical politicians.

Voters cannot make informed decisions based on false election promises which undermine the power of the vote and public debate about policy choices.

It also demonstrates the hunger for power of many political leaders — those who will say anything to be elected to the gravy train of high salaries, perks and patronage.

Certainly, since the end of apartheid, populism has regrettably become a dominant strand of SA’s politics. Unscrupulous politicians tell desperate voters what they want to hear, even if such promises cannot be fulfilled, just to get into power.

Certainly, since the end of apartheid, populism has regrettably become a dominant strand of SA’s politics. Unscrupulous politicians tell desperate voters what they want to hear, even if such promises cannot be fulfilled, just to get into power.

Former ANC and South African president Jacob Zuma was the master of populism and, in the 2014 national election campaign, promised six million new jobs and five million new houses. In the run-up to the ANC’s 2017 national conference he promised free higher education for poor and working-class students, in spite of National Treasury and that year’s Heher Commission into the Feasibility of Fee-Free Higher Education and Training saying it was unaffordable.

Nevertheless, during this election campaign for the November 1 local polls, the EFF took unrealistic promises to astonishingly new highs by making some that are not within the competence of the local sphere, but fall under the auspices of national government.

Of course, it is difficult for ordinary citizens to seek legal recourse to hold politicians who make wild promises to account beyond not voting for them. However, there has to be a way.

In 1964, the US Supreme Court pronounced that deliberately false speeches by politicians would not enjoy constitutional protection. It said: “For the use of the known lie as a tool is at once at odds with the premises of democratic government and with the orderly manner in which economic, social, or political change is to be effected. Calculated falsehood falls into that class of utterances which ‘are no essential part of any exposition of ideas, and are of such slight social value as a step to truth that any benefit that may be derived from them is clearly outweighed by the social interest in order and morality ...’ Hence the knowingly false statement and the false statement made with reckless disregard of the truth, do not enjoy constitutional protection.”

The IEC may have to look at regulations to punish or deter outrageously false campaign promises. The best way to stop their proliferation is for voters to withhold their votes from such politicians. Hopefully this will deter them in future.

William Gumede is associate professor, School of Governance, University of the Witwatersrand, and author of ‘Restless Nation: Making Sense of Troubled Times’ (Tafelberg).

ANALYSIS | Cyril wants us to forgive and forget. Well, he’s made his bed ...