A manifold manifestation of manifestoes makes one long for a ...

A WORD IN THE HAND: MANIFESTO

A manifold manifestation of manifestoes makes one long for a manicure 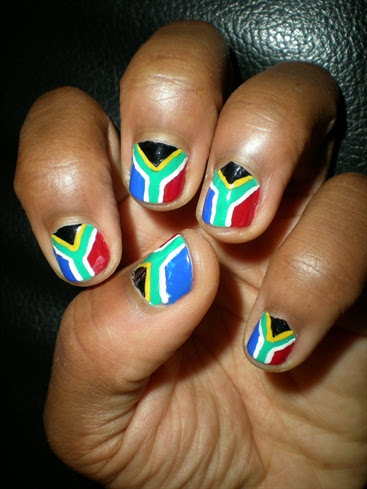 NAILED TO THE MAST If only parties' manifestoes were as patriotic as these nails.
Image: Supplied

A peremptory search of TimesLIVE reveals that the word “manifesto” has been used in almost 50 articles in the past two weeks.

It seems manifestoes are all the rage, just like home-delivery services were this time last year.

Manifesto is having a huge party in the popular-words club because politicians are scrambling to get their promises in a row before local elections take place on November 1.

Promises, unlike ducks, are not easy to line up. There are some similarities with waterfowl, however, in that whatever is said by party leaders today will roll smoothly into nonexistence, like water off a duck’s back, once they have won their municipal seats.

The funny thing about manifesto — a pretty word that always puts me in mind of Mephistopheles, the devil character in the Faust legend — is that it originally meant a demonstration of proof of obvious facts and palpable things.

Then, in the 1600s, manifesto slipped from its honest pedestal and began to mean “a public declaration explaining reasons or motives for a course of actions”, says the Online Etymology Dictionary.

And this is how we recognise a manifesto today — an empty declaration containing a lot of words explaining why you want or intend to do a lot of things that in all likelihood you will end up not doing.

Manifesto comes from the combined Proto-Indo-European roots man, meaning “hand”, and fest, which has more to do with nasty infestations than festive parties, though in Our Time of Corona the two are not unrelated.

“Manifest” comes, fairly obviously, from the same family as manifesto, except instead of meaning a wishy-washy mission statement, something that is made manifest, or a manifestation of something, refers to that which is in plain sight and inarguably real.

It would be lovely to see the tenets of a political manifesto made manifest. I have been lucky enough to once see a riverine rabbit bouncing through the Karoo, so I’m not giving up hope just yet.

Another word vaguely related to manifestoes and manifestations is “Manichaeism”. Actually it has nothing at all to do with either of these words, but it starts with “man” and it is interesting, so let’s go there.

In about the year 240, a visionary called Mani, who came from what would now be called Syria, preached the benefits of vegetarianism as well as the slightly more arcane doctrine that good particles were trapped within evil matter. In Latin, Mani’s name became Manichaeus, and about 1,200 years after his death his sect enjoyed a revival.

Manichaeism, in a nutshell, sees the universe as a chessboard on which a game between good and evil is constantly replayed. According to its adherents, one must be reincarnated several times before being entirely on the side of goodness and light.

This sounds not dissimilar to political parties, except I’m not sure they will ever be reincarnated enough times.

Which brings us back to manifestoes and manifestations. The latter word has been co-opted by mediums, psychics and ghostbusters, who sometimes talk about a “manifestation” when some angry or unsatisfied part of a deceased person’s spirit has been left behind and starts causing trouble for the living.

We have enough trouble already without such manifestations, if you ask me. Given our current crop of candidates, a manicure would be more useful than a manifesto on November 1.