ANC is about patronage not populace, as Zweli’s looming comeback ...

ANC is about patronage not populace, as Zweli’s looming comeback proves 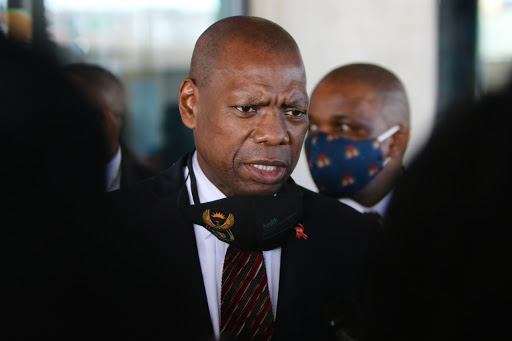 What a cheek. What a lousy excuse for a “leader”.

Even before the Digital Vibes fiasco has been resolved, disgraced former minister of health Dr Zweli Mkhize is already on the comeback trail. Yes, dear reader, after a huge scandal in which this minister is said to have overseen R150m in taxpayers’ money being illegally disbursed to his family and friends to fund their holidays, businesses and lavish lifestyles, the man is not hiding and trying to make up for his transgressions.

He is, according to the Sunday World newspaper, on the comeback trail. He wants to mount a return to political high office. He clearly believes his past actions make him qualified to become president of the ANC and of this fine republic.

Can you blame him though? In 2007 Mkhize’s comrade, former president Jacob Zuma, was carrying more scandals than a rotting hyena carcass in the Kruger National Park carries worms, yet he easily won the ANC contest for presidency. He went on to win the national elections in 2009 and 2014. If truth be told, the more shocking and disgusting the Digital Vibes revelations get, the more likely it will be that Mkhize will win the ANC’s internal contestation.

The party’s internal processes reward those who undermine our democracy and steal from the fiscus because it is all about money and exchanges of power blocs. Here is how it works.

If Paul Mashatile, the man who recently handed out cash to congregants at a church in Limpopo, wants to become the next ANC president, then he will most likely lobby the Gauteng ANC to support his candidacy. If Gauteng agrees, then the province must garner support for its candidate. Gauteng would then probably go to KZN and ask for its support.

That province would then say: “Look, we want Zweli Mkhize to be president. We won’t support you.”

Gauteng would then counter-offer by saying if KZN supports Mashatile, it will support Mkhize for the deputy presidency. Now in this discussion there is nothing mentioned about suitability for the position, ethics or what type of leadership or policy the country may need. The main issue is building a base for Mashatile or a similar candidate and growing it so one can become the top dog.

This stretches across the republic. Premiers and ANC provincial chairpersons wield enormous power because they control who will go to the next ANC conference and who they will vote for.

Nothing about it is based on merit. Everything is about how you play the game. Cyril Ramaphosa ran for presidency of the party on a “cleanup” ticket in 2017, for example, but he just did not have enough voters to carry him through. So he made a deal with then Mpumalanga kingpin David “DD” Mabuza, who brought him his support base at the very last minute, thus ensuring his win at the Nasrec conference. Mabuza’s reward was the deputy presidency.

Ramaphosa also needed the SACP and Cosatu. One man who could deliver that was Gwede Mantashe. Now Mantashe contradicts his boss, Ramaphosa, virtually every day on energy policy and Ramaphosa can’t fire him. He owes him.

This was illustrated amply on Saturday when Ramaphosa visited KwaZulu-Natal. A group of young men got into a debate with him.

They told Ramaphosa he must arrest Mkhize and officials of the Enoch Mgijima Local Municipality in the Eastern Cape, as well as the ANC provincial chairperson, Oscar Mabuyane. The youths were incensed by the continued praise (by Ramaphosa) of Mkhize and the lack of action in Enoch Mgijima (formerly Queenstown), where the shockingly bare Lesseyton Sports Facility was built for an eye-watering R15m.

“People should be arrested,” a young man told Ramaphosa. “A sports ground for R15m? The issue of R1.1m corruption in the event of Mama (Winnie Madikizela-Mandela) and Khabazela (Dr Zweli Mkhize), ayikhale (take action). Work on those matters.”

Ramaphosa is unlikely to do so because the Eastern Cape is part of his key support base. In the battle for supremacy in the ANC, Mabuyane is key in returning him to power. Keeping Zweli Mkhize and his supporters in KZN on-side may be crucial for him, too.

This stretches across the republic. Premiers and ANC provincial chairpersons wield enormous power because they control who will go to the next ANC conference and who they will vote for. It does not matter how amazing or principled Ramaphosa may be, without accommodating many corrupt, incompetent regional players he will lose power.

The system, the ANC’s internal mechanisms, reward those who play this game. It says nothing about competence or devotion to the people of SA and their needs.

That is why Zweli Mkhize is staging a comeback. He knows the ANC game is rotten and rewards people like him.

Insurers, this is how you end up with corpses at your doorstep