Let the people’s voice be heard when councils get that spending ... 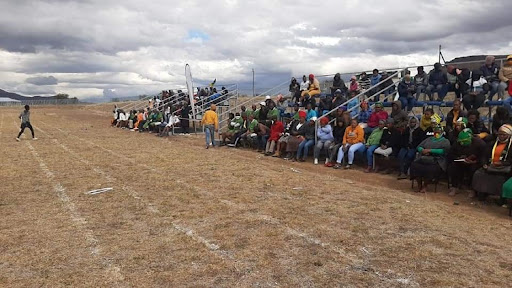 GRANDSTANDING The opening of the reportedly R15m Lesseyton Sports Facility in the Enoch Mgijima municipality on Monday.
Image: Facebook

The Ancient Roman emperors gave bread and circuses to the masses to retain their loyalty but gifting a community a new stadium in which to host the circuses and eat the bread could be a uniquely South African twist to an old political trope. The phrase “bread and circuses” is attributed to the Roman poet Juvenal, who wrote: “The People have abdicated our duties; for the People who once upon a time handed out military command, high civil office, legions — everything, now restrains itself and anxiously hopes for just two things: bread and circuses.” It could have been written for us.

The R15m sports facility unveiled by people in ANC regalia in front of a handful of spectators at Lesseyton, northwest of Komani, formerly known as Queenstown in the Eastern Cape, has been widely parodied on social media. Predictably, the municipality denies this was an election stunt that backfired, providing a list of items that consumed the cash. The unwitting beneficiaries are residents of the ANC-run Enoch Mgijima local municipality. They gave the ANC a whopping 73% of the vote in the last local government elections in 2016. The municipality has since fallen on hard times, and has twice been placed under provincial administration.

This clumsy apparent attempt to camouflage years of ANC misrule by presenting villagers with a shoddily constructed sports stadium is entirely consistent with a well-used script that has become a familiar dramatic tragedy (or farce) playing out in three separate acts, in a town near you. It goes like this.

We put good systems in place to the best of our ability but the rats and mice always found a way to overcome this.

In act one, a perhaps necessary but hardly vital project is identified by councillors who may already have in mind a shortlist of direct beneficiaries who will submit to a sham tender process, with hardly any public participation. It is important to note that with the ANC’s comfortable majorities, the beneficiaries are typically individual contractors, mostly, and are connected to the right people in the party. The people’s loyalty is all but guaranteed, so they will be, at best, tangential to the circle of benefit.

Contracts will be awarded, with generous profit margins, and the requisite signatures will be obtained. Or forged. Contractors will dig a few holes in the ground, to show goodwill, and the haggling will begin for more money, often with the connivance of local officials. Often, the project will stop unless more money is forthcoming. This ends the first act.

In the second act, and when more funds have been extorted, the project may be completed, usually with a long delay, and usually not within budget or specification. The actual gifting of the project to the community is an occasion for free political grandstanding, all the more to perpetuate the false notion that the facility in question is the fruit of ANC largesse. The council bureaucracy and workforce, because they consume most of whatever revenue is raised, are entirely at one with the party. Little or no independence can be expected, or is encouraged.

Then, Twitter users mercilessly subject the latest act of profligacy with public money to scrutiny. The popular democracy many once dreamt of in SA becomes a reality, if only for a moment, thanks to tech. So, prodded by voters armed with smartphones, the politicians will soon be on their soapboxes, associating themselves with the outrage.  No one blinks.

In this vein, Eastern Cape cooperative governance MEC Xolile Nqatha is “concerned'' about the R15m price tag. “I fully understand the negative commentary and public comments on the matter,” he is reported to have said. Lots of nodding as act two ends.

Act three picks up at the aftermath. An investigation will follow and heads will roll (but only as far as the office down the corridor). Cue the Special Investigating Unit, in a starring role. Its report, which a politician will later try to sit on for as long as possible, will provide lurid detail, and recommendations on retrieving the money and prosecuting those implicated. Whether any of these routines will be followed is moot. In the finale, the auditor-general will have a walk-on part, producing a report lamenting a dismal state of affairs. That report will be used by someone in a municipal office to help block an annoying air conditioner port.

Absent from the melodrama are two factors: first is a code of governance that demands and compels independence of thought and integrity of trained local officials, elected or otherwise. Second is built-in and compulsory community involvement. Community leaders, and these must be prominent local people drawn from beyond the ranks of the local ANC branch, must be involved in every big-ticket spending item that comes before a council. Is it a priority? The bigger and more sophisticated the local government entity is, the more sophisticated the public involvement will be. One might think this unwieldy, but it isn’t necessarily, and as a bonus it brings new ideas unencumbered by vested interests to the table.

This is the only way to stop the tendency of councils to dress up brazen robbery from the people as acts of legitimate spending. This tendency to “play the system” was referred to by former finance minister Tito Mboweni in a recent public lecture. He said: “We put good systems in place to the best of our ability but the rats and mice always found a way to overcome this.''

With an opposition like the DA, producing racist election posters in Phoenix, KwaZulu-Natal, and having businessman Rob Hersov identifying “morons” while talking the party ticket, it is little wonder the ANC has been able to shift the debate back to race, which is important, but hardly the main issue in these elections.

Take heart, though. The inclusion of hundreds of independent candidates is a further sign, if it were needed, that individuals and communities are waking up to the destruction of their towns. The ANC can reasonably be assured of a mostly winning performance. But it must know that while the people will always want circuses, chances are they’re getting a bit tired by now of watching the same old act.