So so-and-so walked into a bar before opening time. So what?

A WORD IN THE HAND: SO

So so-and-so walked into a bar before opening time. So what? 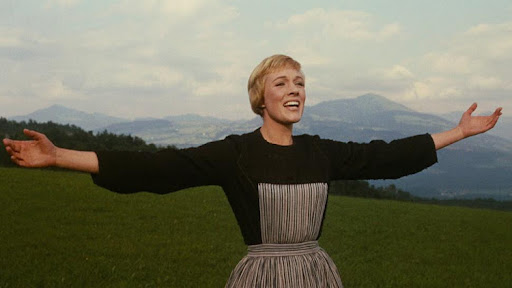 LA, THE NOTE TO FOLLOW SO Julie Andrews in 'The Sound of Music'.
Image: Twentieth Century Fox

One of the best things about writing for Sunday Times Daily is receiving feedback from clever, witty readers. A couple of weeks ago, John van Vledder and William Maloney both objected to my starting a sentence with: “So …”

“Leave it out and it will not affect the construction of the sentence,” said John.

“It puts me off being interested in what someone has to say,” said William.

Both are entirely justified and correct.

And (can I start a sentence with “and”?) they are not the first to notice this horrible habit. To be fair, some people have worse habits, like leaving hair in the shower drain, but still, I get how “so” can be so irritating.

Six years ago, when this column was in its early print incarnation, one of my favourite pedants Tim Couzens (who is sadly no longer with us) made a similar complaint.

To Tim I replied: “There are still pockets of indomitable pedants holding out against ‘so’ at the beginning of a sentence. I am not a member of this so-called resistance. I find the use of ‘so’ as a starting point entirely acceptable, in fact it is a requirement for any joke involving a bar.”

Some jokes about bars are intellectual: “So this woman walks into a bar and asks for a double entendre, and the barman gives her one.”

Some are not: “So two peanuts walk into a bar. One is assaulted.”

There are infinite variations on this theme. “So this seal walks into a club. Ouch.” “So this fish swims into a wall. Dam.”

Jokes aside, I sympathise with the resistance to unnecessary words and phrases that preface what a person really wants to say.

‘So’ is a requirement for any joke involving a bar.

“So” is not the only culprit here, and far from the least offensive. I’m not big on lists, but this subject seems to require one. So here are some of the most annoying redundant introductions (reduntroductions?) that we hear every day and wish we didn’t.

Getting back to “so”, this bland little adjective has an interesting history. From the Old English swa, meaning “consequently” or “to that extent”, “so” has been around in both the “also” and “very” sense since the 1200s.

I do agree that “so” should only ever be used to link a premise to a conclusion, in the same way “therefore” is used (he drank too much so he fell over) or as a signifier of “a lot” (I hate it so much when people use “so” to start a sentence).

But (if you will forgive my starting a sentence with “but”), “so” has evolved, in the same way as “and” and “but” have evolved, to become not just a peg on which to hang other words but as a sort-of throat-clearing manoeuvre that one does before saying what one has to say.

This started more than 300 years ago, says the Online Etymology Dictionary, which also provides some other enlightening dates:

Just because a habit is old does not make it a good one. I promise John and William I will try to restrict my use of “so”.

Getting back to jokes starting with “so”, I thought I had raised the bar when, in a conversation about the TV series Cheers, I made the joke: “So this average guy walks into a bar, and everyone shouts, ‘Norm!’”

Then I realised the everyman reference was exactly why the character in Cheers was called Norm, and that it has taken me 20 or so years to understand the punchline.

So I’m not always quick on the uptake. So what?