SA’s local elections: when spoilt for choice equates to slim ... 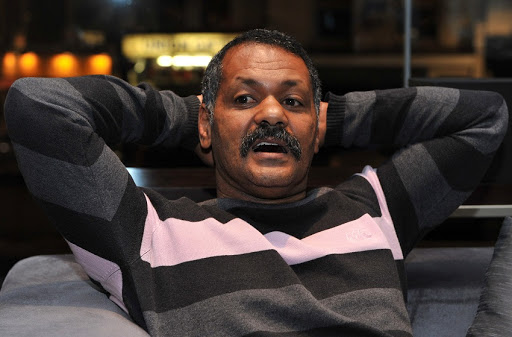 Let’s start at the beginning. Did you know that if you love soccer (and you’re not an Orlando Pirates fan) and stay in Ekurhuleni you could vote for former Kaizer Chiefs striker Kenny Niemach? Yes, he’s a candidate for the United Independent Movement in ward 31 there. I know it’s a little confusing — that’s not Bantu Holomisa’s party (UDM). That the names of parties are many and confusing underscores statistical plurality. We deal with the quality or, rather, paucity of leadership later.

Municipal elections, however, are about choosing the right ward activist, that person who consistently organises the community to resolve issues affecting them where they live. Are there street-light issues, waste not being picked up, potholes becoming dongas? If you don’t know your councillor, what have they been doing in the past five years? Local elections shouldn’t be about Cyril Ramaphosa apologising for the ANC’s historical misrule or Julius Malema’s fiery speeches about how to change black lives. They should also not be about using celebrities or sporting heroes in the false hope that their status in society infers capability.

The rise of “concerned” groups fielding candidates signals communities tired of being victims of dominant factions that make promises they never keep. These groups increase the choices South Africans will have in these elections.

In truth, though, many councillors remain unknown to those they must serve. Many of those who will vote will do so not based on a performance assessment of the councillor, much less the performance of the ruling party of that municipality.

And this is a shame.

The ANC has surely given us several high-profile examples of its impotence and corruption. The latest jaw-dropping saga is a patch of land in Enoch Mgijima municipality in the Eastern Cape that passes for a stadium and cost no less than R15m. Really? In 2021? So this is not about Jacob Zuma or Ramaphosa, it’s the way of the ANC. For many ANC loyalists, the dilemma is whether they can still justify voting for the party in spite of out-of-control looting that Ramaphosa seems helpless to deal with.

For black DA voters, the question in this election is whether they feel no sense of what Frantz Fanon called cognitive dissonance, when they vote for a party that shows no shame in its anti-black posture. Examples are many, but the latest Phoenix campaign and its justification by party leader John Steenhuisen is a case in point. It really requires clinical psychologists to investigate how one remains at peace within an organisation that, without hesitation, tears at everything that represents one’s blackness and in return gets rewarded with votes from black people.

The DA of Steenhuisen sees the Freedom Front Plus as a bigger competitor than the ANC. The tragedy for our democracy is that the country’s second-biggest party has stopped aiming for the top and is focused on side battles for Afrikaner votes that change little, if anything. The black voters who helped the DA’s predecessor, the Democratic Party, move from a 5% party in 1994 to one stuck at 20% today must decide whether to keep it there or leave it to see if its racist approach will help it manage with half of what it got in 2019. Their dilemma, surely, ought to be how they reward (through votes) this racism and still hope the party changes.

While the DA struggles to exorcise its anti-black posture to counter loss of support to the Freedom Front Plus that was evident in the last general elections, the latter has turned the tables, fielding a black candidate, Lennit Max, as its mayoral candidate for Cape Town. This is not a random move by the Freedom Front Plus — it knows Max is well-known, his capabilities are public record and, importantly, the coloured and Cape Malay community that constitutes the majority in the city will most likely be comfortable with him, while the party holds on to its core constituency. It’s a growth strategy for the party, but a curveball for Steenhuisen, whose handling of the Phoenix saga has called into question his ability to manage complexity.

While Max is not expected to win, the outcome might show a continuation of the Freedom Front Plus’s ability to eat away at the DA’s constituency. The dilemma seems clear — do you vote for the ANC in spite of its corruption or the DA in spite of its racism? While South Africans are literally spoilt for choice in the upcoming elections, our choices are, in reality, as limited as the DA’s (in)ability to deal with racism and the ANC’s (lack of) conviction to deal with corruption.

Premature e-vax certificate glitch could have been avoided: tech experts