Race and gender are important for candidacy, but the likes of David Unterhalter require a more nuanced approach 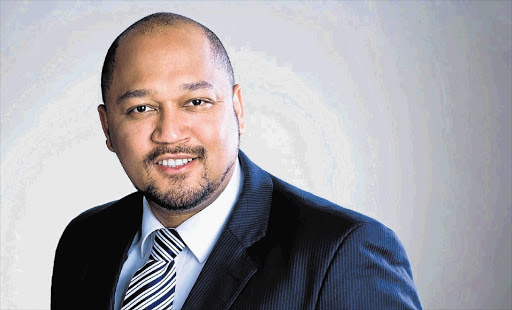 Eusebius McKaiser says it is morally and constitutionally necessary and right to take race and gender into account. But it cannot be done mechanically.
Image: Supplied

It is grossly unacceptable for the Judicial Service Commission (JSC) to be so coy about what the criteria genuinely are for eligibility to be elected as a Constitutional Court judge. More precisely, the JSC must be blunt about any exclusionary threshold requirements so potential candidates do not waste their time throwing names into a hat from which theirs could never be drawn.

The most obvious elephant in the JSC room is the racialised elephant. Does being white or a white male exclude someone a priori? If so, why not tell the likes of judge David Unterhalter and adv Alan Dodson to not bother applying at all. But once you invite them for an interview, the operating assumption has got to be that they are in with a chance. At that point, the quality of their interviews provides a final set of observations that should go into the deliberative process afterwards.

The JSC errs by thinking of itself as having a choice between either doing right by black people and women or giving some white men opportunities to contribute to the highest court of the land. That is a spectacularly false dichotomy.

The way the JSC appears to be reasoning, from private engagement with some who are close to the process, suggests names are fixed before the interview process, making the interview process effectively an impotent part of the overall selection process. This is not literally true of every commissioner, but there are some who caucus vigorously, and who ensure a critical mass of individuals on the JSC are on the same page by the time the interviews begin. That speaks to a tainted and dishonest process.

If white men are not excluded a priori, then you could not in all honesty arrive at the objective assessment that Unterhalter does not even make your list of top five candidates. No one comparing the candidates with each other and, crucially, who watched all of the interviews could honestly make a case for excluding Unterhalter from a list of five.

I argue this position even as someone who has held, and still holds, the view that decolonising key parts of South African life, including the judiciary, requires us to unashamedly make appointments that correct historical injustices.

We need racial justice. We need patriarchy smashed. And, at the intersection of these fault lines, we need misogynoir to be intentionally and fatally wounded.

The JSC cannot be indifferent to these justice considerations. That would be a dereliction of duty. But when sheer brilliance walks head and shoulders into the interview room, you do not ignore it, especially when you have breathing space to both pay attention to sheer brilliance and to keep your eye on the goal of decoloniality. It is not a zero-sum game.

The JSC errs by thinking of itself as having a choice between either doing right by black people and women or giving some white men opportunities to contribute to the highest court of the land. That is a spectacularly false dichotomy that costs society.

That said, I also want to criticise some of my media peers who punt Unterhalter without telling us who does not deserve to get a spot among those who were recommended for Constitutional Court duty. I have seen several articles bemoaning the absence of Unterhalter from the list of five but with no engagement on the question of whether anyone on the list does not deserve to be there.

It is a necessarily comparative exercise and if you do not augment your support of Unterhalter by also analysing the other candidates, then you are doing no better than the JSC itself.

For example, acting Constitutional Court justice Rammaka Mathopho interviewed very well, in my opinion, not gaming like some of the other candidates when asked thorny questions, but offering honest answers and making a case for why he holds these thoughts, such as the possible fusing of the Supreme Court of Appeal and the Constitutional Court.

He also did not pause before saying it is a no-brainer that when two competent candidates are found, gender can and must be a tiebreaker in favour of a woman to address historical injustices. He answered a range of other questions thoughtfully, with apparent honesty, and showed pithy conviction in response to pointed questions (in contrast to the occasional stylised little soliloquies of judges Jody Kollapen and Fayeeza Kathree-Setiloane).

Former Free State judge president Mohube Molemela was also cogent. She has worked widely across the justice system, and that experience came through both in response to substantive legal questions and her reflections on how acting stints are inherently beneficial when she returns to a more regular post or how her experience of gender discrimination as a lawyer has simply made her determined to smash false assumptions about women’s legal capabilities. Judge Bashier Vally did not come across as having that kind of judicial temperament, by contrast.

Here is the point: the five recommended candidates are, for the most part, worthy of being appointed.

Some are stronger than others. For example, if it were up to me, I would choose Mathopo over Vally but, on the other hand, I would also choose Kollapen over both. The legal brilliance of Unterhalter, however, makes it impossible to not include him, at the very least, in your list of five, even if he does not make a final choice of two, say. If Unterhalter were merely competent, he should be left off the list because competent black men and women (including white women) should be picked ahead of him for redress reasons. Unterhalter is not merely competent. He is exceptional. That is where race cannot be a hard exclusionary criterion.

If, in that kind of scenario, race becomes a hard exclusionary criterion, then we are performing racism rather than racial justice.

The JSC should urgently wrestle with what kind of weighting, truly, it wants to give race and gender.

It is important to remember the question is not even whether an Unterhalter should be given a singular spot that has opened up. The nexus question is weaker than that, whether Unterhalter should not even be deemed deserving of a shortlist of names on account of being a white man. How we answer this question will reveal a lot about whether we are building an anti-racist society or reinscribing the very past we are trying to recover our humanity from.

It is morally and constitutionally necessary and right to take race and gender into account. But it cannot be done mechanically and without dynamic regard to the particularities of the candidates in front of you in a particular round of selection.

As a race realist who supports race-based affirmative action, I nevertheless think the JSC is not thinking properly about the race question. The JSC is banalising the justice project.

— McKaiser is a TimesLIVE contributor and analyst.